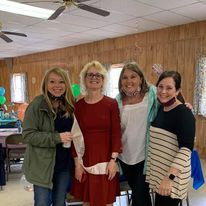 Renee Peoples, a long-time teacher of Swain County, has announced her retirement.  However, she has no intentions of relaxing during her retirement.  Instead, she intends to be a full-time missionary spreading the word of God in Europe.

Mrs. Peoples has been teaching for the past 41 years.  She taught in public and private schools and community colleges.  She started and ran two child development centers in Maryland prior to coming to North Carolina in 2000.  She has spent the past 20 years teaching at Swain West Elementary.  During that time, she became a National Board Certified teacher.

While at Swain West Elementary, Mrs. Peoples taught Fourth and Third Grade, and then became an Instructional Coach, helping other teachers.  Through her work, she brought many curriculum technological advances to Swain West Elementary.  Her impact on Swain County has been monumental; her service to the county will not be forgotten.

Mrs. Peoples isn’t new to travel. As a teenager, she lived in Iran and traveled around the world. After being selected as the Regional Teacher of the Year she had the opportunity to travel to Denmark to meet with teachers and learn their teaching styles and methods.  She has also had the opportunity to go on many mission trips with various churches.  She has volunteered in various cities throughout the US, and in Moldova, in Eastern Europe.

She plans to move to Velenje, Slovenia, and join the two Southern Baptist missionary couples in the country to help start churches and minister to women and children.  She is a member of Webster Baptist Church near Sylva. They will be supporting her through prayer.