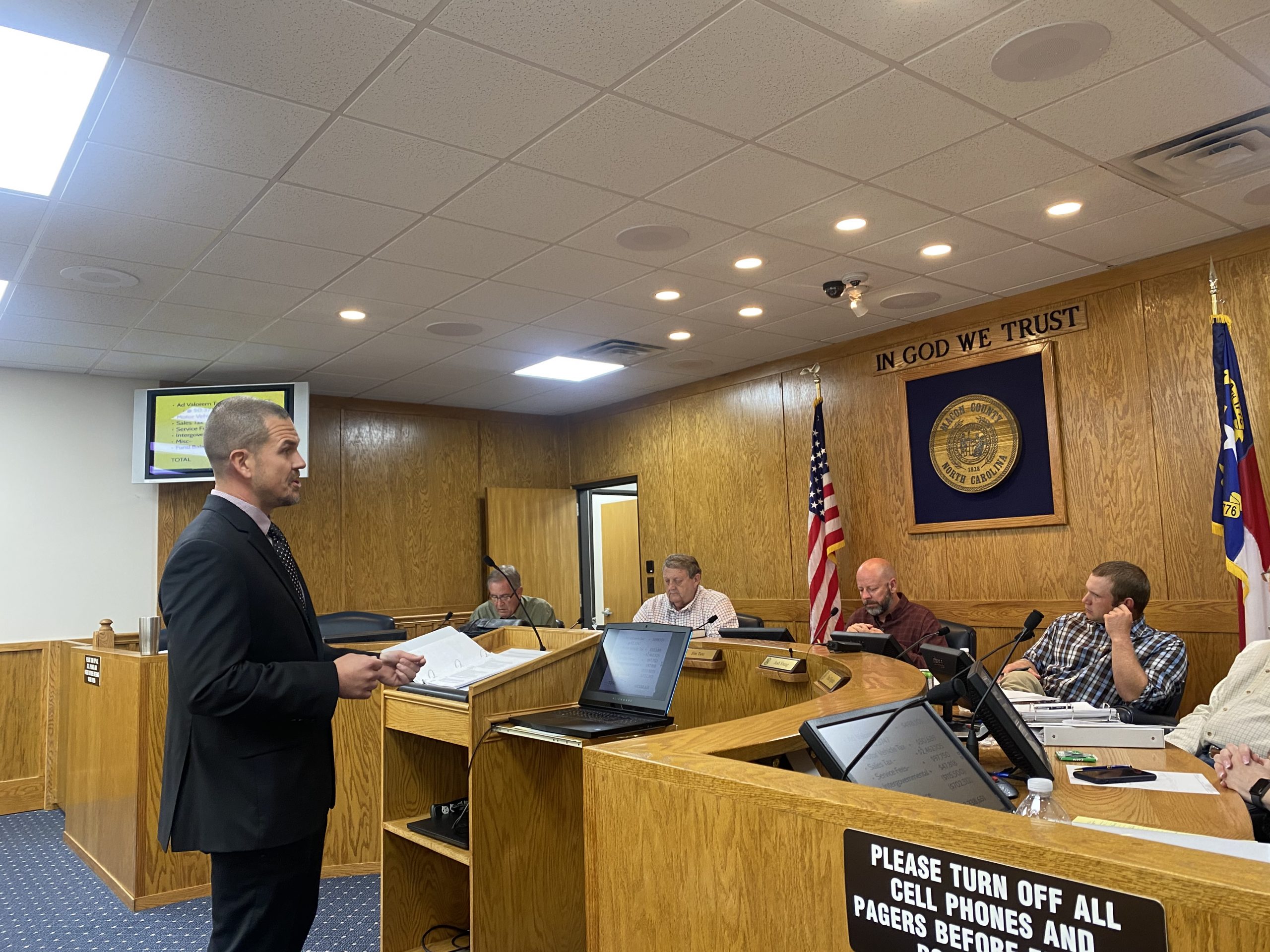 The Macon County School System is required by law to submit a long-term facilities plan to the North Carolina Department of Instruction every five years. The last several plans submitted to the state have specifically addressed the aging Franklin High School facility and a need to replace the existing structure. Structural engineers and contractors have reviewed the building on numerous occasions over the last decade and due to the extensive damage and structural decay of the building — it has been recommended that it would be more cost-effective to rebuild the high school rather than complete the renovations needed to effectively improve the campus.

After the Macon County Board of Education sent a resolution to county commissioners asking for a new high school to be constructed on the existing campus of the current high school, commissioners voted to accept the request during the regularly scheduled May meeting.

Last Thursday, the Macon County Board of Commissioners took an additional step in the project and voted in a split vote to solicit RFQ (Request for Qualifications) for architectural design services for the project. During the RFQ phase, interested architectural firms will submit conceptual plans to county commissioners, and based on the firm’s qualifications, the county will rank the firms and ultimately award the architectural contract to the winning firm.

A new high school is estimated to cost the county a minimum of $60 million, which led commissioners to begin discussions on how the project will be funded. While various funding options are possible — commissioners voted to increase the county’s current tax rate by 2.53 cents to bring the county’s ad valorem tax rate to 40 cents per $100 valuation — which will generate an additional $ 2 million in revenue for Macon County each year.

A portion of the proposed tax increase, which will be finalized on June 8 pending a final vote by the board, will begin generating revenue for a fund that will ultimately cover the debt service payments associated with the new construction.

Macon County Commissioners Paul Higdon, who voted against the measure, said that he could not begin to fathom debating taking on additional debt for Macon County when $32 million of the county’s current debt load is already for school construction.

One option to help with the cost of construction in the future would be raising the county’s sales tax to seven percent, but to do so, the sales tax increase would have to be put on a bond referendum and voted on by residents during the 2022 election. Commissioner Ronnie Beale said that he doesn’t believe such a referendum would pass in the county, as the measure failed about 12 years ago when it was last put up for a vote.

North Carolina offers individual counties the option to increase the 6.75 percent statewide sales tax to an even 7 percent, with all revenues from the extra quarter-cent going back to the county — the base 6.75 percent sales tax is shared between the county and state.

Sales tax is often rounded up to 7 percent already, and those dollars get rolled into the redistribution of sales tax across the state. Out of the 6.75 percent sales tax, less than 3 percent is currently returned to the county. An education-specific 1/4 of a penny tax would be guaranteed to Macon County each year. If approved, the tax could generate more than $1 million a year for Macon County Schools and SCC.

In order for Macon County to consider the quarter-cent sales tax increase, the Macon County Board of Commissioners would have to vote to put the referendum on the ballot for voters to either approve or deny. By state statute, the entire quarter-cent sales tax would be returned to the county in which it was generated, while the majority of sales tax collected in the county is reimbursed to other counties in the state.