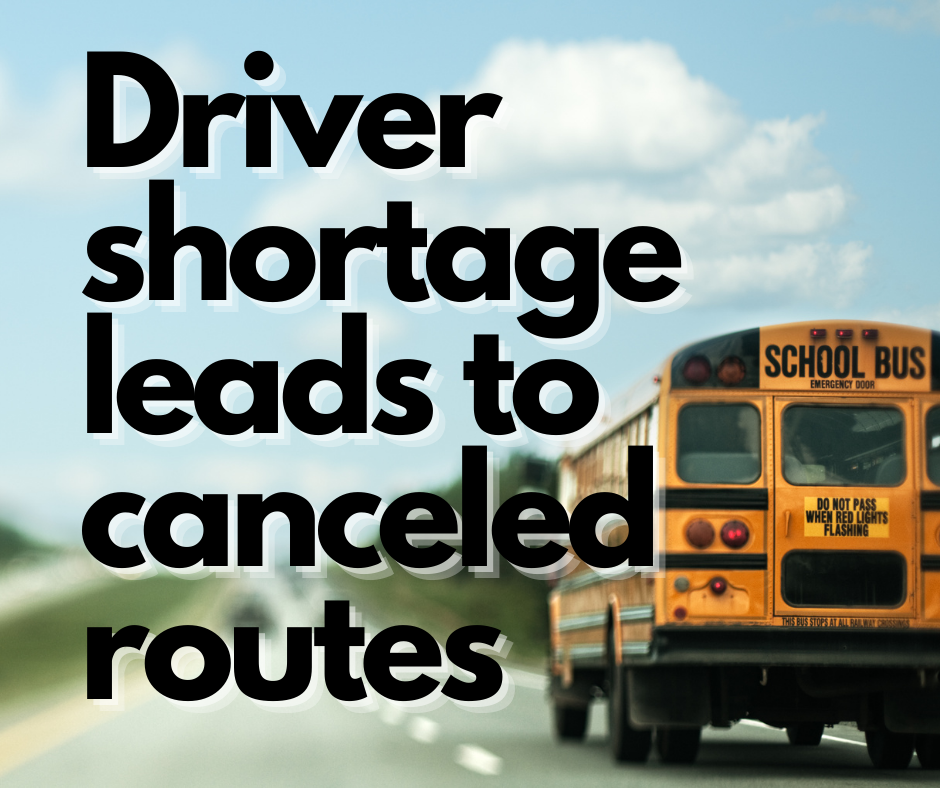 *Update: A driver has been found for route 157 for at least the month of September. *

School districts across the state are grappling with how to get students to and from school this year amid a shortage of bus drivers.

Monday night, the Macon County Board of Education approved a plan proposed by Gibbs to offer retention bonuses for bus drivers throughout the school year as a way to keep the current drivers and hopefully recruit additional drivers to fill the vacancies. The board approved a Bus Driver Retention Bonus of $500 for all regular route drivers. According to Gibbs, $250 will be paid in December and $250 will be paid in May. Part-time route drivers will also receive a prorated bonus. Drivers must be actively employed when the bonus is paid.

“It is our hope that with the new state minimum of $15 an hour in pay and this new incentive bonus we will see some interest in driving a bus,” said Macon County Schools Superintendent Dr. Chris Baldwin.

The state funds the base salaries of bus drivers. Last year, the base salary for starting bus drivers was increased from around $12 to $15. To address the shortage, many school districts across the state often supplement the pay with local funds, however, Macon County does not have those funds in the budget this year. The district is able to provide the incentive bonus out of the schools’ fund balance, which will be a little over $30,000 to implement this year.

Baldwin noted that many of the district’s nearly 50 bus drivers hold dual roles within the school system such as also working as janitors, teachers, and coaches. Those employees will also be eligible for the incentive bonus.

Gibbs said that Macon County Schools welcomes anyone who enjoys being around students, and who would like to help out by going through the process of becoming a bus driver, to call Gibbs at the Macon County School Board of Education at 524-3314 ext 1029.