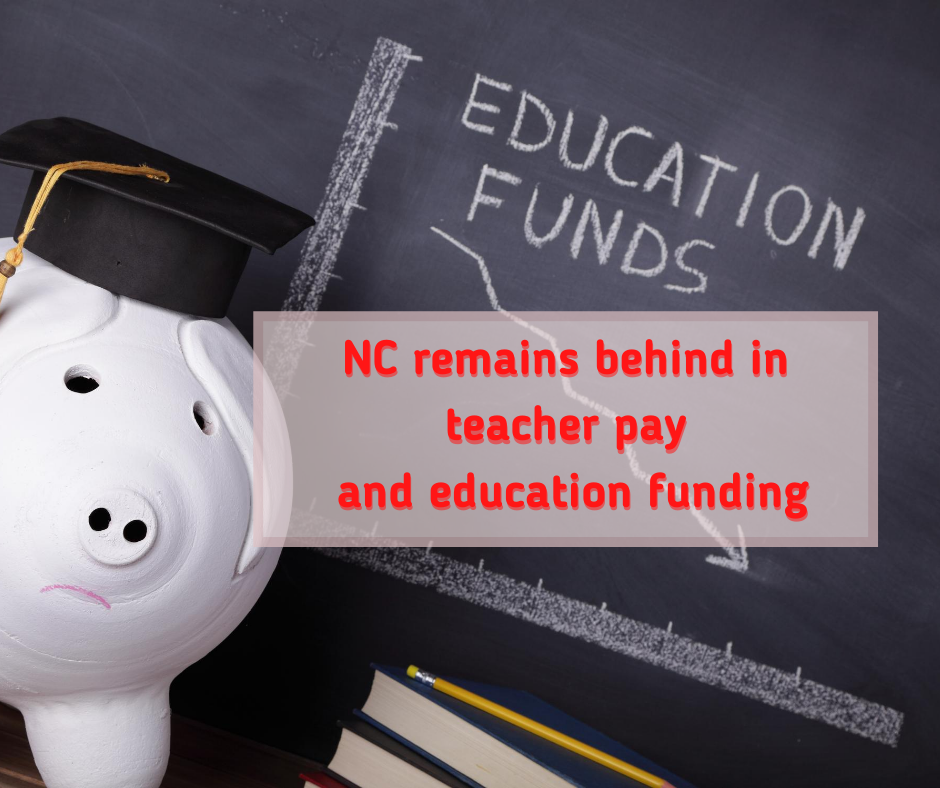 NC ranks near bottom in public education; ranks near top in improvement efforts 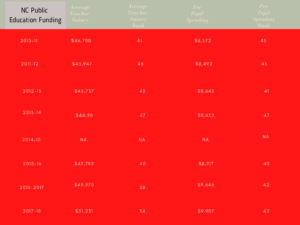 Over the last few years, North Carolina has seen improvements in public education funding and staffing rankings, yet they still remain among the lowest-ranked states in the Nation.

The National Education Association released the 2020 Rankings and Estimates, which shows North Carolina continuing to lag behind in spending for teacher pay in North Carolina.

Staffing levels for teachers however has seen a slight improvement over the 2018-2019 rankings. NC ranks 11th in the country in terms of the number of teachers in the classroom, which places them 3rd when compared to border states. Staffing levels have slightly increased over the prior year ranking NC 45 in terms of improvement.

North Carolina’s average instructional staff salary is projected to be more than $12,000 less than the national projected average for 2019-2020.

Funding for public education in North Carolina is one of the worst in the Nation – with North Carolina ranking 39th overall for per pupil spending. When compared to border states, only Tennessee (45th) ranks lower than NC.

While North Carolina has a long way to go in terms of improvement, data shows they are on the right track. North Carolina ranks 5th overall in terms of an increase in per pupil spending over last year and significantly outranks border states when looking at funding increase from last school year.