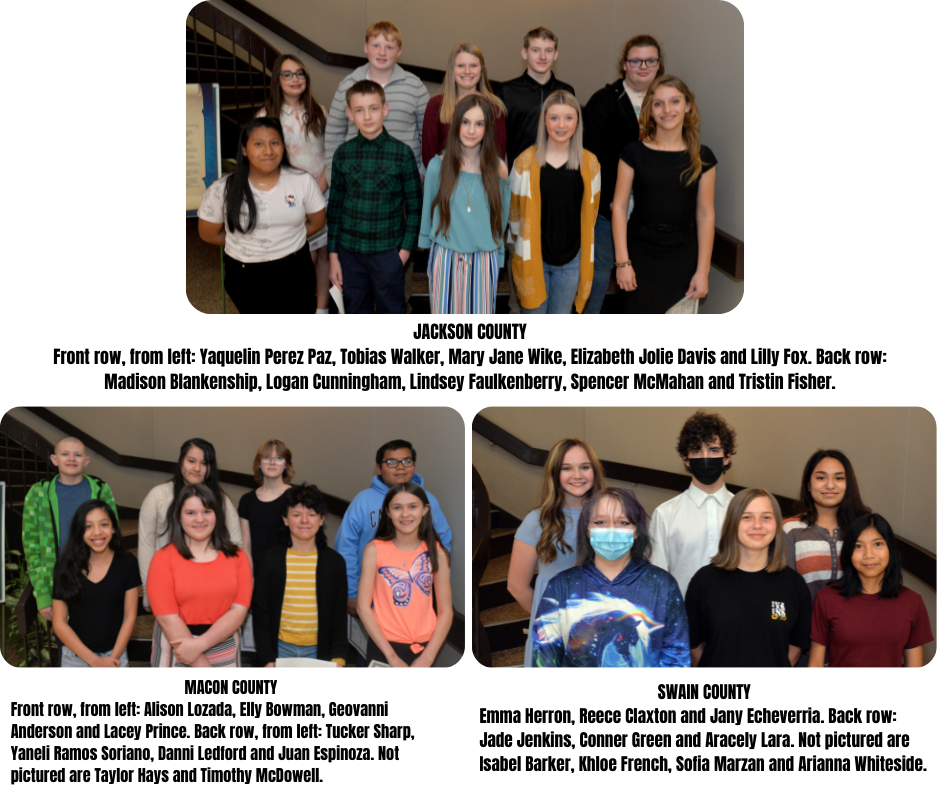 SYLVA – Walking across the same stage on which they’ll one day receive their college degrees, seventh-graders from Jackson, Macon and Swain Counties were inducted into the New Century Scholars program on Tuesday, March 29, in Myers Auditorium on Southwestern Community College’s Jackson Campus.

Made possible entirely by the generosity of private donors, the New Century Scholars program guarantees support and last-dollar tuition assistance to a total of 30 inductees this year (10 from each county).

“All of these young students were chosen to be New Century Scholars because they have bright futures,” said Dr. Don Tomas, SCC’s President. “We’re very proud to celebrate their inductions with their parents and loved ones, and we look forward to seeing them back here in five short years as our students.”

More than 2,500 students have been inducted into the program over the years.

For more information about the program and how to support it, visit www.SouthwesternCC.edu/new-century-scholars.