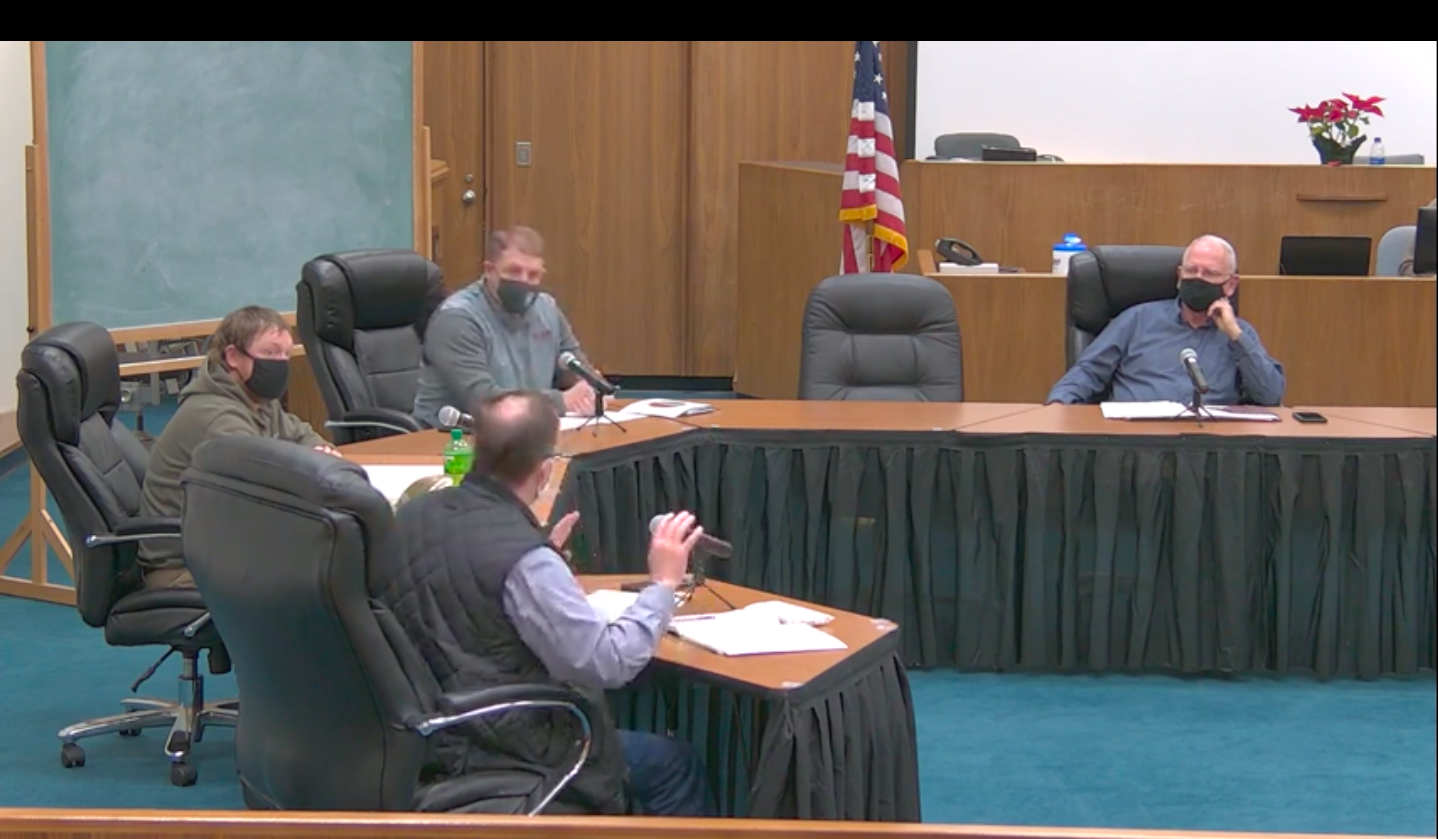 During a special called meeting of the Swain County Board of Education Friday afternoon, Superintendent Mark Sale asked members of the board to extend virtual learning for all schools until February 1st, due to continued staffing issues within the district.

“We need to seriously consider continuing remote learning for at least another week, to see if these numbers begin to trend in a different direction,” Sale said.

According to Sale, his target number of available staff for the district is 95% — which the district had mid-week. However, by Friday, due to additional staff quarantines and/or positive results, available staff was back down to 90%, meaning about 17 staff members were not available for work due to COVID19.

At the recommendation of Superintendent Sale and to further ensure all schools and buses will be appropriately staffed, the Swain County Board of Education voted to continue with Plan C remote instruction for the week of January 25 through the 29th.

Sale noted that while students have been home the last two weeks, the schools have very much been open and teachers have been working diligently to provide remote instruction.

Sale also noted that while the majority of positive cases have been tracked to exposures occurring outside of the classroom, integral members of the staff are unavailable to work at this time.

One of the main concerns centered around having an adequate number of bus drivers to safely provide transportation to students. According to Sale, as of Friday, there were five open bus driver seats, meaning 25 percent of the district’s buses did not have a driver available to operate.

“We just don’t have enough substitutes to fill those open spots,” said Sale. “If anyone out here listening tonight has their CDLs and would be willing to drive a bus, please let us know!”

In addition to the staff personnel out as of Friday, Sale said the district had 48 students currently out due to COVID19 related issues — either because of a positive case or being identified as a direct contact of exposure.

Sale noted that virtual learning beyond Feb. 1 would begin to create additional concerns regarding student performance and retention, noting the importance of getting students back in the classroom as soon as possible.

The board decided to continue monitoring current data for the county in hopes of available staff reaching 95 percent availability by the end of the week to allow students to return for in-person instruction on February 1.

According to the North Carolina Department of Health and Human Services, Swain County is reporting 1,011 COVID19 cases since the beginning of the pandemic, with 188 being reported in the last 14 days.

North Carolina’s hospitalization numbers peaked on January 13 with 3,992 individuals hospitalized across the state. Since January 13, the number of hospitalizations has begun to trend downward, indicating that the Christmas holiday surge of COVID19 cases is coming to an end. On January 25, 3,416 individuals were reported to be in the hospital in NC, the lowest the number has been since December 29.

Sale said that around 90 percent of school personnel who have signed up to receive to COVID19 vaccine had been vaccinated as of Friday, a metric he hopes will help both the school system and the county in the future. As of January 20, the NCDHHS reported that 573,130 vaccines have been administered across the entire state, 588 of which were vaccinated in Swain County. It is important to note that the state’s vaccine reporting has a 72 hour lag in reporting.

To never miss a headline for stories in Macon, Swain, and Jackson Counties, sign up for The Southern Scoop Newsletter, sent three times a week! Email editor@thesouthernscoopnews.com to sign up today!