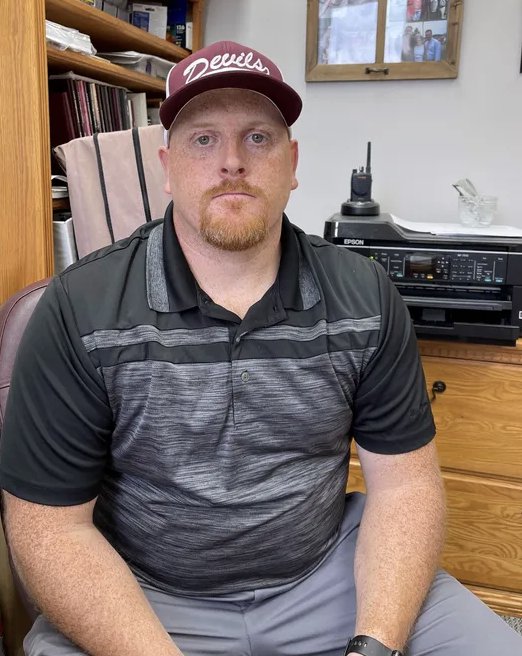 Swain County announced this week that Sherman Holt will be joining the Maroon Devils this Fall as the new Head Coach. Holt spent the last three seasons at Tuscola High School as the offensive coordinator under Chris Brookshire.

Holt was hired after Coach Neal Blankenship announced last spring that after 11 seasons leading the Maroon Devils, he would be retiring.

The last three seasons spent at Tuscola High are far from the only ties Holt has to Western North Carolina; he has also coached at Erwin High, his alma mater.  As a high school athlete, Holt was a two-time all-Western North Carolina honoree, named team MVP as a junior and senior, notched 215 tackles as a linebacker n 2006 and scored 12 touchdowns throughout his career, including six on defense.

After graduating from Erwin High, Holt attended Appalachian State University and played as an offensive lineman and on special teams. He was a redshirt Freshman for the team’s 2007 National Championship win.

“My family and I are excited and grateful for the opportunity to be the next head football coach at Swain,” Holt said in a press release. “It is truly a great honor to be chosen to uphold the traditions at Swain High. The potential of our kids here at Swain is very exciting.”

According to the press release, Holt has already met with the team and set the tone for the upcoming season.

“Our message moving forward is we will be about hard work, high character, and community pride,” said Holt.