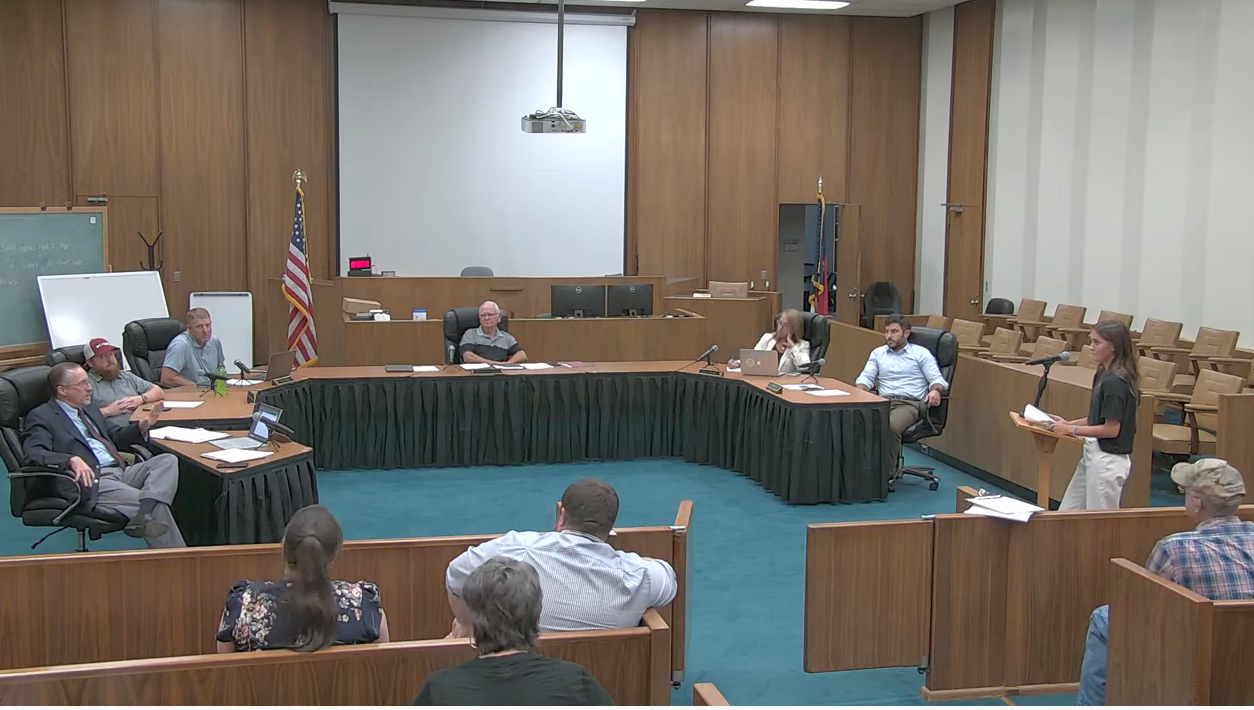 Swain County High School Senior Amaya Hicks spoke to the Board of Education this week asking for policy change regarding fair treatment amongst all school athletics.

“As a captain, I am obligated to my team and to future athletes to help improve the recognition of success. I know we can do better when it comes to equal treatment of all sports teams,” said Hicks.

Hicks and her teammates spoke to the board of education a few months prior during a meeting, however, no solution has been found to date, leading Hicks to return to speak to school leaders again.

Hicks represents the Swain Maroon Devils as the Captain of the basketball, cross country, and outdoor track and field teams as well as competed with the outdoor track, and cross-country teams that won State Championships last school year. In addition to Hicks’ State Wins with the team, she also individually secured the state championship title with her 4X8 relay team during the 2022 Spring season.

According to Hicks, despite the teams bringing state titles home to Swain High, the athletes have not received championship rings that the athletes earned. The rings are only awarded to State Championship winners, however, it is up to the athlete or school, depending on the district to purchase the rings.

Listing a long list of accomplishments and state recognition Hicks and her fellow team members accomplished last school year, she followed by notifying the Swain Board of Education that the district had not recognized the team’s successes.

“My understanding is we have a remaining balance of $5,000 for our indoor track and field rings. The rings for spring 2022 outdoor track and field have not been ordered due to a lack of funding. There are 47 individuals receiving rings at a cost of $250 per ring,” Hicks said. “That total is $11,750 just for the outdoor rings alone. In total, we need $16,750 to purchase the rings and that price does not include the banners for the gym or any apparel.”

Hicks said she believed that neighboring school systems had established funds to purchase state championship rings and banners, regardless of what sport receives the recognition, specifically citing Murphy and Robbinsville teams who have rings for their wins at state last year.

According to Macon County Schools Superintendent Dr. Chris Baldwin, Macon County doesn’t have a policy or special fund to purchase such items, however, the school would work to assist athletes who are unable to purchase them on their own.

“State Championships are extraordinary achievements for the student-athlete, school, and community,” said Dr. Chris Baldwin. “They are certainly worthy of recognition. However, State Championship rings are not specified in the school system’s budget. The school system does not ask the taxpayer to cover the cost of championship rings. While rings would be funded primarily at the individual school level through fundraising efforts or reallocation of athletic funds, the Macon County School Board would make every effort to assist in the purchase and recognition of this important achievement.”

Jackson County Schools noted that they also do not have a specific policy or fund for championship rings, but would help teams who need assistance to get them by repurposing athletic funds if a sufficient amount were not otherwise available. In the event that athletic funds were not available to repurpose, Jackson County would look to utilize local funds, with the permission of county leadership.

Hicks told the board that she and her team have worked to raise funds from the community to purchase the rings, however, athletes have been restricted as to how and where they can fundraiser.

“I do not feel that the fundraising structure that is in place is fair to all sports teams,” said Hicks. “For example, we’ve been told not to ask certain businesses for donations because if they contribute money to our rings, they won’t contribute money to the football program.”

Hicks said she wasn’t speaking negatively toward any other sport or coach, but wanted to see the current broken system fixed.

“I think as athletes who represent Swain County Schools and win at the state level, we shouldn’t have to fully fund our rings,” she said. ”

Members of the Swain County Board of Education commended Hicks for bringing the issue to the board and said they would look into the funding issue more to help develop not only a plan to fund the state championship rings that have yet to be ordered but how this issue can be avoided in the future.