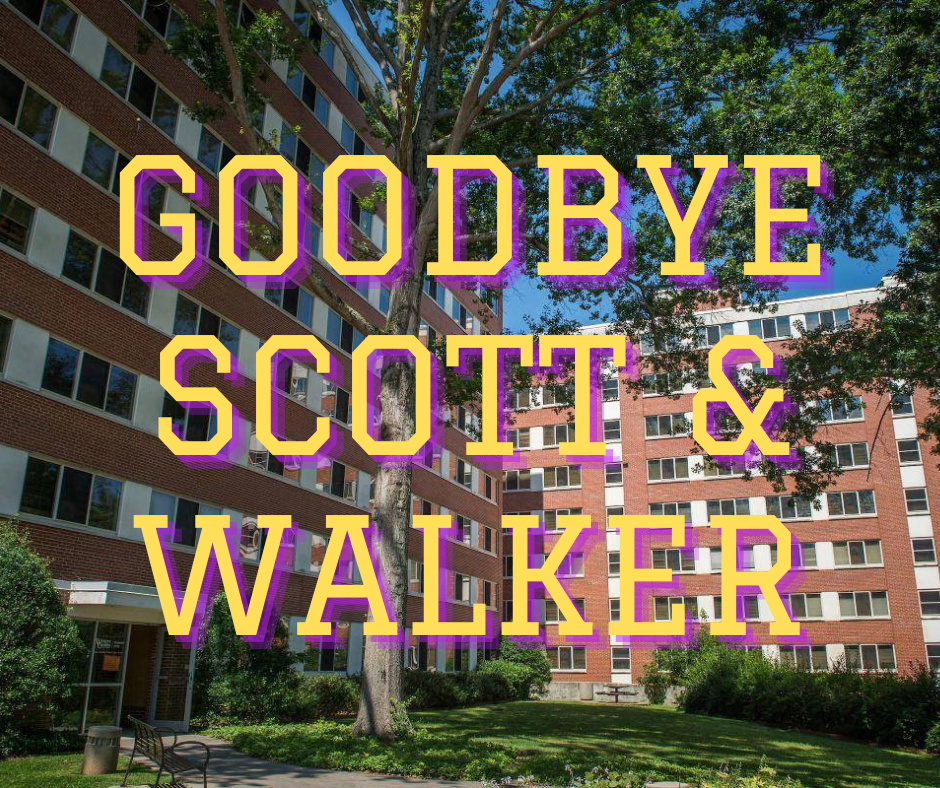 WCU will demolish Scott and Walker Dorms next week

The exterior walls of Western Carolina University’s Scott and Walker residence halls are scheduled for demolition on Wednesday, September 16th, along with floors and ceilings.

Workers from cellular telephone service providers are in the process of relocating antennas located atop Scott Hall to pave the way for demolition of the buildings. The entire process is expected to last for two or three months.

A 142,655-square-foot building, Scott Hall opened in 1969 while 70,658-square-foot Walker Hall was completed in 1972. Together, the two residence halls, which lack air conditioning and are architecturally dated, provide housing for about 1,150 students.

Demolition comes a little more than a week after the WCU Board of Trustees approved issuance of $80 million in special obligation bonds to fund the cost of construction of the buildings’ replacements.

In March 2019, the trustees approved a design plan for the replacement structures consisting of three separate facilities of about 300 beds each, rising no more than five stories high, with the potential for a fourth building if warranted based on enrollment growth. The first of the new facilities is expected to be open by the fall 2022 semester.

Those interested in watching the Scott and Walker residence halls demolition process may do so through webcams available at https://app.truelook.com/?u=vw1599748393.