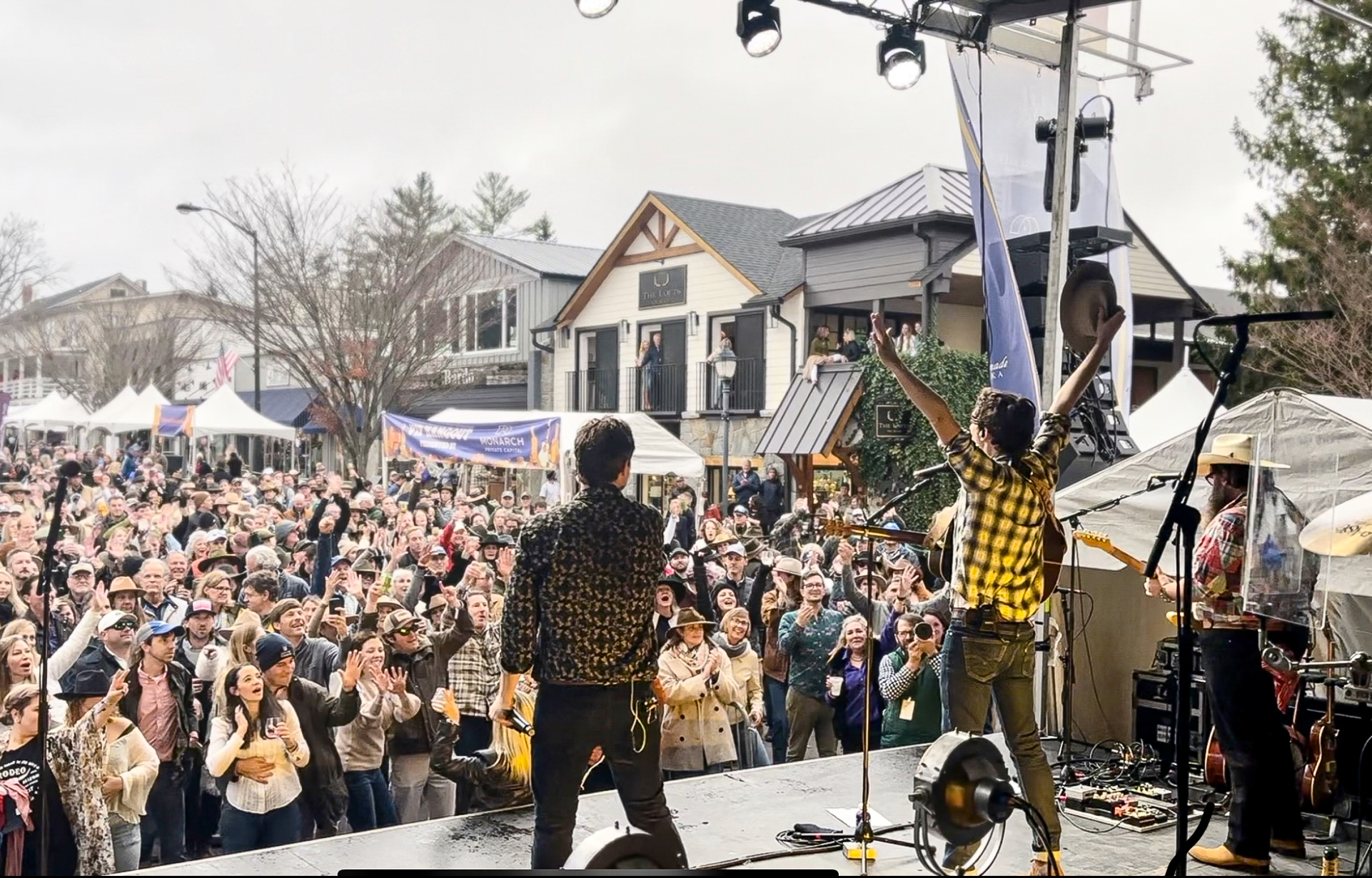 In between pouring glasses of his Pinot Noir, Chardonnay, and Pinot Gris, Ryan Hodgins, Director 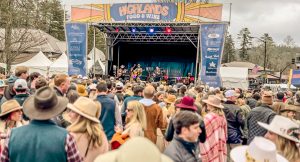 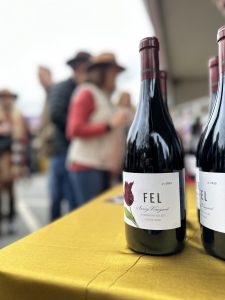 FEL Wines are crafted in the Anderson Valley of California — quite the distance from the Plateau, but according to Hodgins, the festival’s ability to mix music and food to complement a variety of wines and cocktails makes the event well worth the trip. The letters in FEL represent Florence Elsie Lede, founder Cliff Lede’s mother, a home winemaker who provided the early inspiration for Cliff’s love of wine.

Growing up in Alberta, Canada, Cliff remembers the tulip as signifying the end of winter, bringing with it a freshness and excitement of warmer days ahead. The FEL Wines label, featuring an illustration of an opening tulip, is a tribute to Florence’s passion for gardening.

Hodgins was raised in the Pacific Northwest but has been visiting Western North Carolina for years. 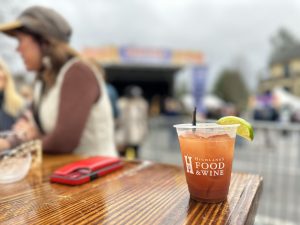 and so well attended,” said Hodgins. “Even with the weather we have had this weekend, all of the events have been so busy and the people are so friendly and welcoming. This is the only festival we do that isn’t specifically wine-centric so the people we meet and serve are different, which gives us an opportunity to expand and promote FEL in different circles.

“It is so beautiful here. We were able to catch views at Sunset rock and really enjoy the atmosphere created solely based on Highlands’ location in the mountains,” said Green. “There has been such great food and entertainment all weekend, it has really been a complete experience.” 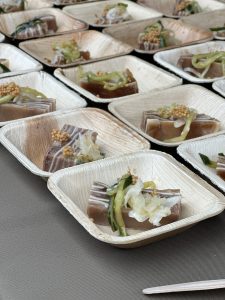 Hodgins and Green were able to talk about their experience at the festival in between pours of their Chardonnay, which was a crowd favorite during Saturday afternoon’s Main Event in downtown Highlands. FEL Wines came to the festival at the recommendation of their distributor, which is based in Atlanta, Georgia. The festival’s unique demographic, which encompasses wine connoisseurs, gourmet foodies, and music aficionados, finds common ground on the Plateau each Fall.

This year’s Main Event headliner was Old Crow Medicine Show— an American string band based in Nashville, Tennessee that has been recording since 1998. With a large audience and considerable fame — the band was the icing on the cake — for this year’s festival.

With food and wine being the focus of the festival, event organizers worked to incorporate a 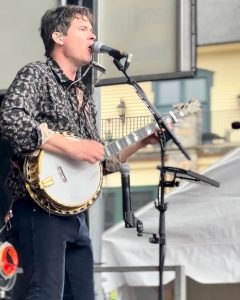 philanthropic aspect to the annual festival that will have a lasting impact on the community, long after the festival is over. In addition to a portion of the ticket sales going to benefit Friends of Founders Park, as Kelsey-Hutchinson Founders Park — which has served as a gracious host for the festival since its inception 2016, this year the festival launched a Culinary Endowment in honor of Louis Osteen to provide scholarships for students pursuing careers in the culinary arts — giving preference to Macon County students. The Endowment was named in honor of the James Beard Award-winning Chef Louis Osteen, who retired to Highlands after a culinary career that elevated and really shaped Southern cuisine. Osteen died in his Highlands, NC home in 2019 after a long battle with liver cancer. 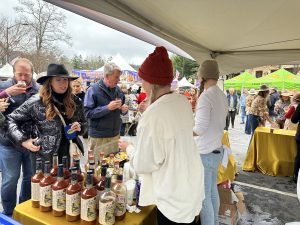 Building on the loyal supporters of the Highlands Food & Wine Festival, Highlands Festivals, Inc announced the lineup for the 3rd annual Bear Shadow Spring music festival at the beginning of last weekend’s events. The music festival, set to be held April 28­–30, 2023 near Highlands, North Carolina, will feature headlining performances by Spoon, The Head & The Heart and Jason Isbell and The 400 Unit. Tickets go on sale Nov. 16.  The Bear Shadow music main stage, called “Base Camp,” will be held again at Winfield Farm in Scaly Mountain, just a short drive from downtown Highlands.