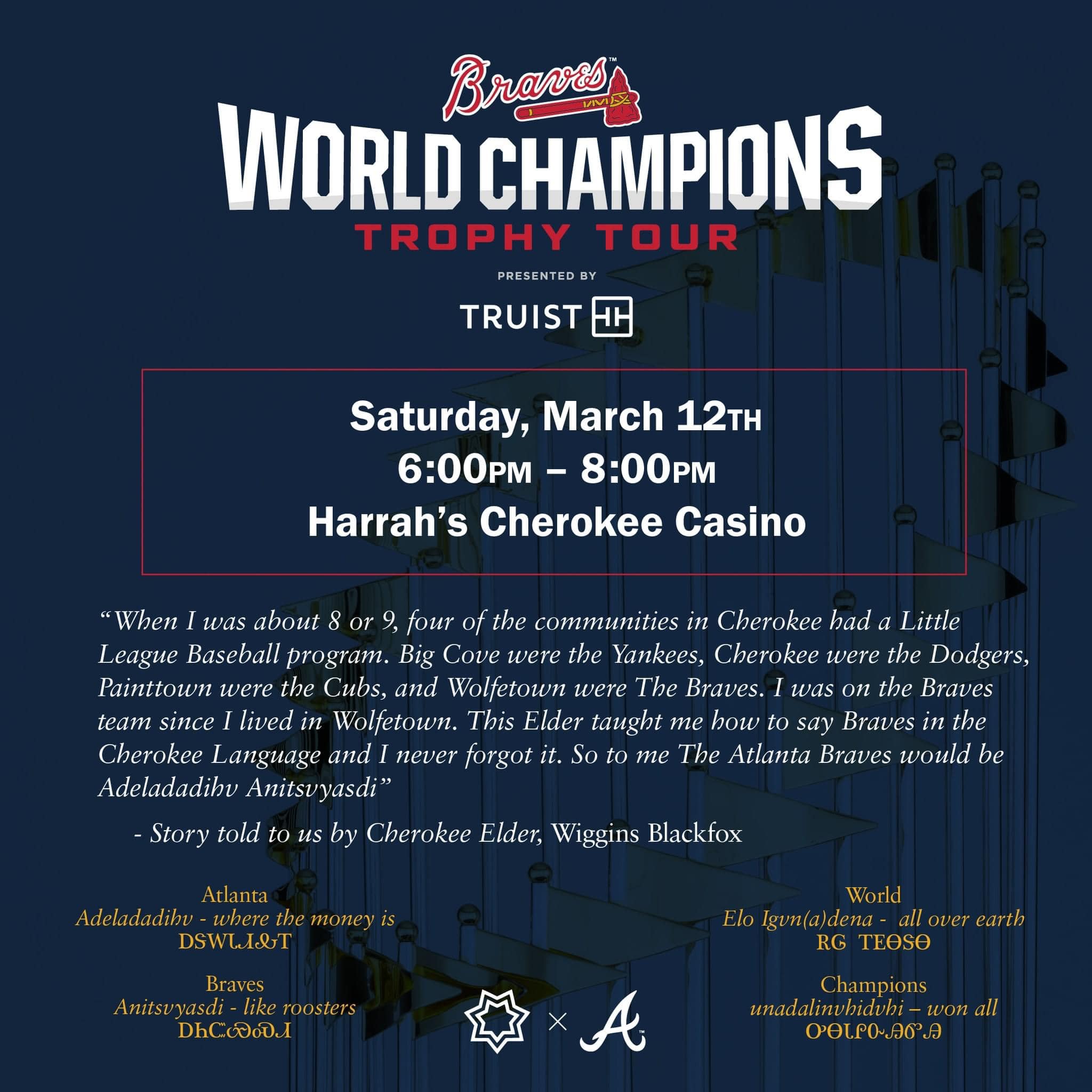 The World Series Trophy Tour will be making its way around Cherokee on Saturday, March 12th. A public viewing and photo op will be held at Harrah’s Cherokee Casino 6pm-8pm.

Following their historic season, the Atlanta Braves are taking the 2021 World Series Trophy on tour with 151 stops, commemorating 151 years of Braves baseball. The World Champions Trophy Tour Presented by Truist will travel throughout Braves Country, featuring locations in Georgia, Alabama, Tennessee, Mississippi, South Carolina, and North Carolina. Stops will include the opportunity for fans to take photos with the trophy, as well as programming by the Braves entertainment teams, alumni, and more at select locations.

The tour will begin on Tuesday, February 15 at Colony Square in Midtown Atlanta from 11:30am – 3pm. Fans are invited to take photos with the coveted 2021 World Series Trophy while enjoying music and entertainment with the Atlanta Braves Heavy Hitters and BLOOPER, and hearing reflections on the momentous 2021 season.

“We felt the tremendous support of Braves Country throughout the season and particularly in the Postseason, and we are taking this Championship on the road to fans across the Southeast so that they can share in the joy and celebration of this historic victory,” said Derek Schiller, President & CEO of the Atlanta Braves.

A small selection of confirmed tour stops include:

Cherokee, NC with the Eastern Band of Cherokee Indians for an event with local high school baseball and softball teams on March 12

“Truist is excited to be part of the World Series Trophy Tour and celebrate the World Champions across Braves Country,” said Joe Smith, Head of Sports and Entertainment Marketing at Truist. “It’s been incredible to be part of this historic year with the Atlanta Braves, and we can’t wait to make more great memories with Braves fans during the tour.”