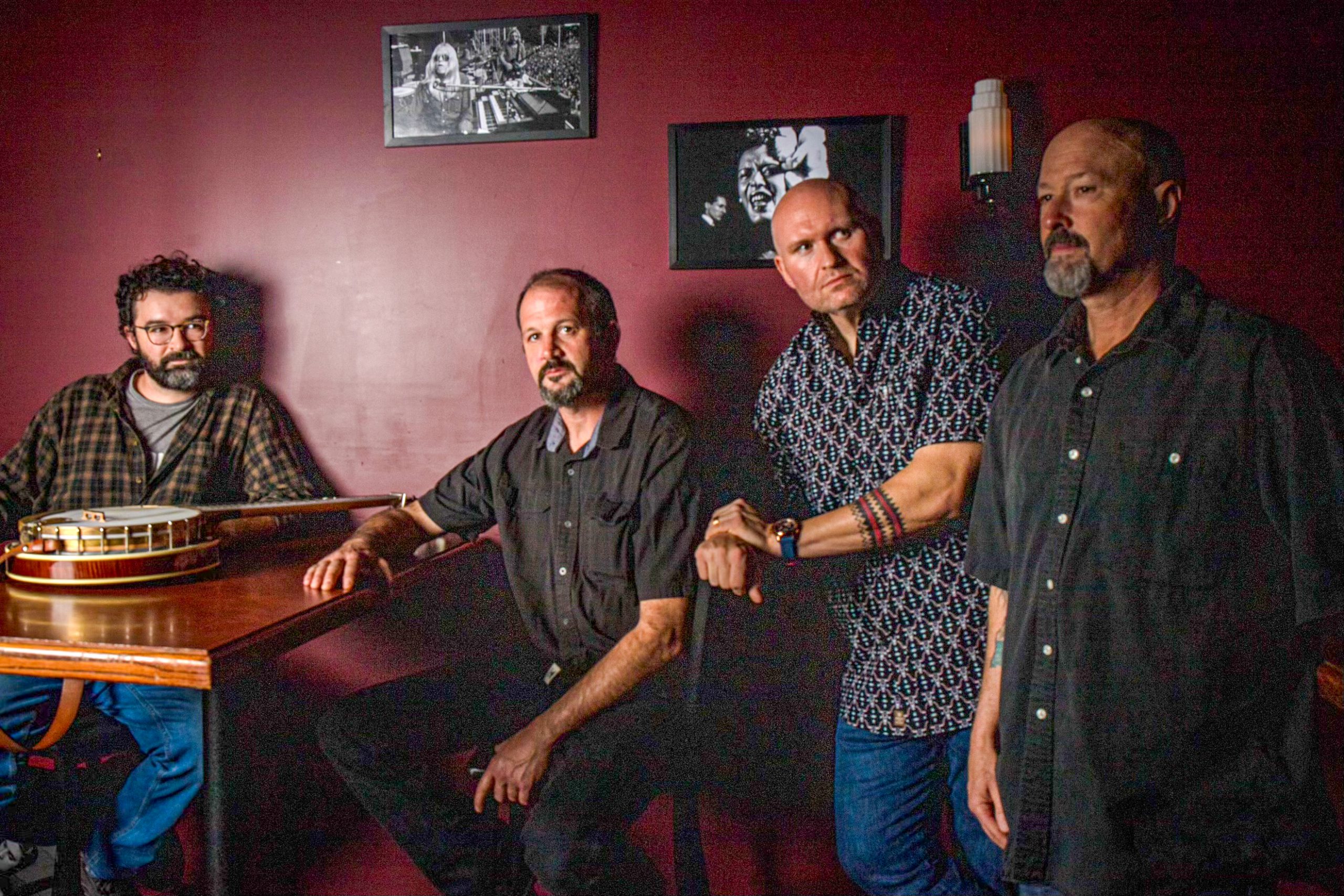 By Brittney Lofthouse on June 28, 2022
The 13th season of Concerts on the Creek in Sylva continues on Friday, July 1, 2022 with a very special performance by the Darren Nicholson Band from 7-9 p.m.
Nicholson is a Jackson County native and founding member of the nationally-known, award winning WNC bluegrass group Balsam Range. He is a Grammy award nominee (2006) and a recipient of numerous International Bluegrass Music Association awards with Balsam Range including Album of the Year (2013, 2017) Vocal Group of the Year (2014, 2015), Song of the Year (2011, 2015), Entertainer of the Year (2014, 2018), Vocal Group of the Year (2014), Album of the Year (2013), Song of the Year (2011), and Album of the Year (2006, with the Alecia Nugent Band). He has appeared countless times on WSM’s Grand Ole Opry, at the Ryman Auditorium, and many of the world’s most famous venues and networks.
Currently, he records and tours as a full-time, founding member of Balsam Range and with all sorts of collaborative efforts each year. He’s proud to have taken his blend of Country, Bluegrass, Americana to 49 states, as well as across Canada, Mexico, Bahamas, Jamaica, Haiti, Australia, and all over Europe.
Though Nicholson (mandolin/guitar/vocals) is still a full-time member of Balsam Range, he joins Kevin Sluder (bass/vocals), and Richard Foulk (drums) to form the Darren Nicholson Band during his free time off the road with Balsam Range. Frequently, revolving guests join the band on banjo/guitar, etc.
He’s also been performing some nationally in 2022 with the all-star group, “No Joke Jimmy’s,” featuring former members of the Grascals and other top-notch bluegrass pickers.
If you like fun, high-energy music with a groove, soaring trio singing, world-class pickin’, and great songs…this is the band for you!
This event will also be an album release party for Darren’s new gospel recording, “Songs of Hope and Inspiration.” The concert will feature several songs from the album along with Americana, bluegrass, traditional country, and more!
Concerts on the Creek are held every Friday night from 7-9 p.m. at the Bridge Park in Sylva, from Memorial Day through Labor Day.
Everyone is encouraged to bring a chair or blanket. These events are FREE but donations are encouraged. Dogs must be on a leash. No smoking or coolers are allowed in the park. There will be food trucks on site for this event.
These concerts are organized and produced by the Jackson County Chamber of Commerce, the Town of Sylva and the Jackson County Parks and Recreation Department.
For more information, call the chamber at 828-586-2155, visit www.mountainlovers.com or Concerts on the Creek’s Facebook page.