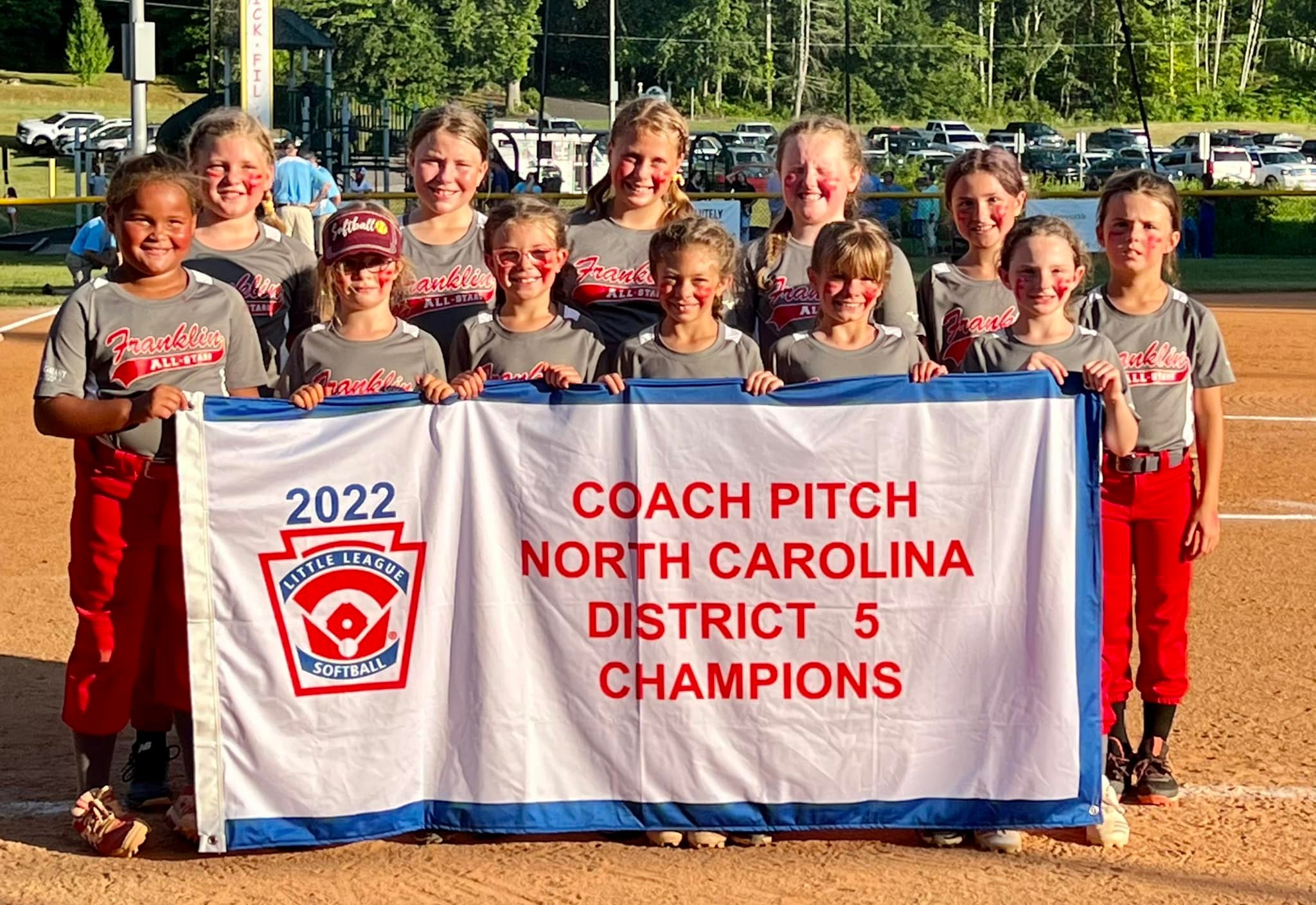 Young athletes in Macon County are heading to Salisbury, North Carolina on July 8 to compete in the 2022 Little League Softball State Championship Tournament. After being crowned Champions of District 5 — which consists of teams from Franklin, Jackson, and Transylvania counties,  the Franklin Little League Softball 8U All-Stars team is scheduled to take the field on July 8.

Franklin’s 8U All Star softball team got their first win against District 5 opponents on June 25 when they defeated Jackson County 17-2 after just 3 innings. Later that same day, the team faced off against Transylvania County and won 21-6 after just 4 innings.

Franklin came out swinging again and was able to put up another 8 runs in the 2nd innings and the third inning ended early with Franklin winning 17-2 and being crowned District 5 Champions.

The team of 12 girls will be traveling to Salisbury and are currently raising money to help cover the cost of the trip to the State Tournament. Donations or Sponsorships are appreciated and can be made out to Franklin Little League Softball, with 8U Softball in the memo. Follow Franklin Little League Softball on Facebook to keep up with the girls as they head to State and to learn about fundraisers for the trip.