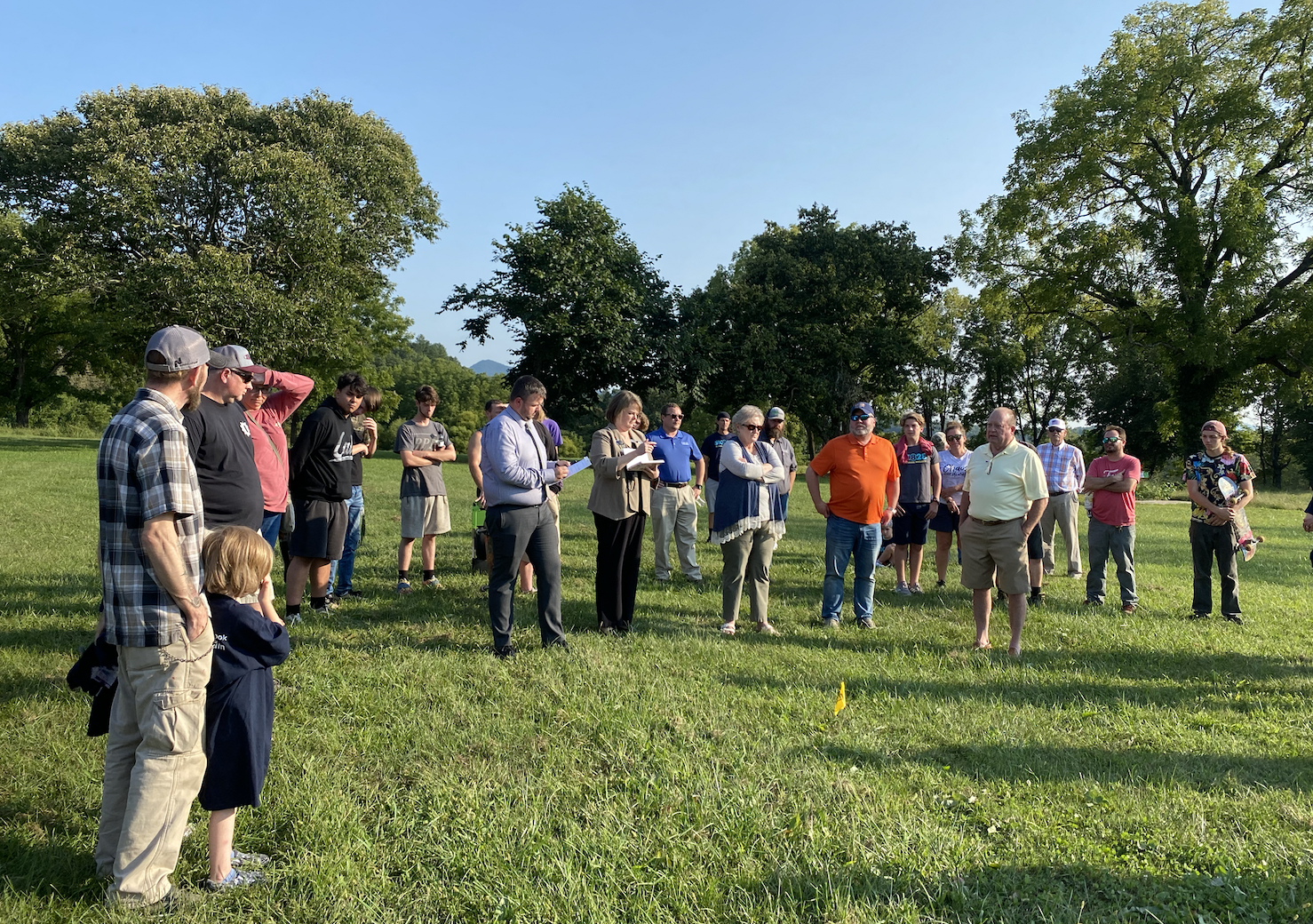 The Franklin Town Council first decided to move forward with plans of establishing a public skate park in May and by July had begun eyeing Franklin’s Veterans Memorial Park — also known as the Jaycee Park. However, due to flooding concerns as well as the size of the park being designed, Franklin leaders resisted the future park’s location on Monday night.

During a special continuation meeting of the board, town leaders met with more than two dozen members of the community at the Whitmire Property in town. The property, which is located at the corner of the Highlands Road and Main Street, is currently home to the Sunnyside Disc Golf Course. After walking the property, town leaders voted unanimously to move forward with plans to construct the new 6,000 square foot skate park on the corner of the property.

“I think placing the park in the corner would allow that piece to be separated out in the future if the town decides to put the rest of the property up for sale at some point,” said Franklin Council member Joe Collins. “The unused property would still be marketable.”

The skate park would be an addition to the recreation options already on the Whitmire Property and will not adversely impact the existing disc golf course.

The skate park will be constructed as a public-private partnership project, with funding from the town of Franklin, funding raised from the community, and funding from JE Dunn Construction. JE Dunn Construction was originally hired by HCA Healthcare to build the new Angel Medical Center in Franklin, but after learning of the public’s desire to see a skate park developed in Franklin, Project Superintendent Steve Suttles told members of the town council in June that the company was willing to volunteer to make the park a reality.

Suttles has estimated the cost of materials for the project to be around $100,000, with much of the time and labor for the project being donated from HCA and JE Dunn partners. A total price will depend on engineering and design services for the park, something Suttles said was necessary due to legal liability.

With a location identified, the next step will be to solicit design and engineering concepts to fit the designated space, which will then give town leaders a better idea of the costs associated with completing the project.

JE Dunn is on a time crunch, so the project is expected to occur quickly over the next few weeks.