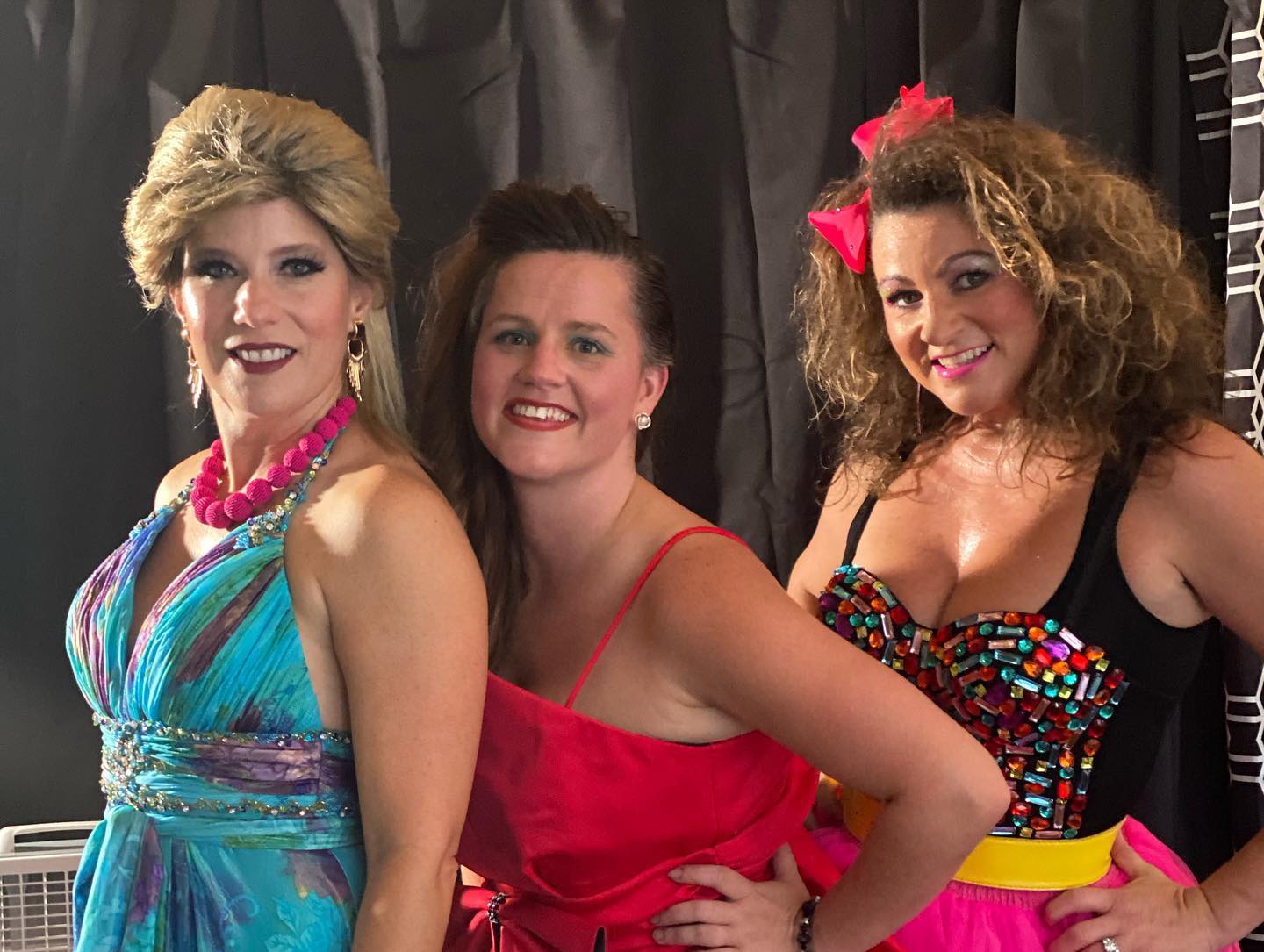 The Inside Scoop: Franklin’s 80s Flashback weekend is MY FAVORITE

Get your flux capacitors greased up and get ready to head to the 80s this weekend for the 7th annual *0s Flashback weekend in Franklin!

A benefit for the Greenville Shriner’s Hospital hosted by Macon County resident Dave Linn and held the first weekend in August every year, the 80s Flashback Weekend travels back to all things 1980s for a totally rad, totally awesome good time! 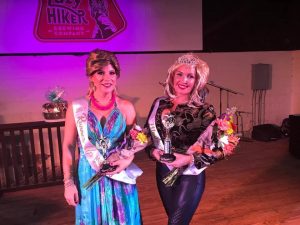 This year’s 80s celebration got an early start last weekend with the inaugural Miss 1980s Something Beauty Pageant and even though I think the judges were paid off with ice cream (totally kidding) the event was fantastic. Six ladies, including a very sore post-op me, competed for the crown of Miss 1980s something — complete with 1980s formalwear (shout out to REACH of Macon County for providing my entire outfit), an 1980s theme talent competition (holy cow those ladies were TALENTED), and of course the Q&A section, the parent was held in the Yard at Lazy hiking Brewing last Saturday. The incredibly beautiful, talented, and kind Carla Whitley — you may know her as the brilliant mastermind behind Sweet Caroline’s Mobile Icecream Truck — was crowned winner of the pageant, and rightfully so! She tossed and tussled better than Dolly Parton herself! And the fabulous Sarah Clancy rocked her way into the runner-up slot — all in all, it was such a good time! As the newly crowned Miss 1980s Something, Whitley will join Linn for all the upcoming events this weekend as the weekend’s co-host! After all, it’s not easy being QUEEN!

Your next chance to rock n’ roll your way back a few decades will be this Friday, August 6 beginning at 7:30 with 80s trivia at the Lazy Hiker in Franklin. After sharpening your skills with trivia — which comes with a chance to win gift cards and a totally 80s themed gift basket — the party moves to the Yard for an Evening with Madonna kicking off at 8:30. Bring on the hairspray, the press-on nails, and the blue eye-shadow, and make plans for the weekend’s kickoff tribute night!

This year’s event is honoring QUEEN OF POP 80’s icon Madonna with performances by Nellie Norris. Norris is an extremely versatile and accomplished Singer/Dancer/Tribute Artist who was born in Rochester, NY, and settled in St. Louis until she left for college at 18.

The concert is FREE however, concert-goers are encouraged to give a “LOVE” donation. There will also be a variety of raffle prizes (6 tickets for $5/13 raffle tickets for $10) 50/50 CA$H and a silent auction throughout the night. The Lazy Hiker will also be giving 15% of beer sales to the Greenville Shriner’s Hospital.

Your next chance to do some time traveling is Saturday morning for the annual 80s Flashback Parade in downtown Franklin. Entrants to the parade will be accepted day of and can begin lining up on Church Street at 9 a.m. Saturday morning. The parade kicks off around 10 a.m. and will leave out of Town Hall toward Harrison Avenue. There will be a meet and greet with the characters at the Gazebo on Main Street. So far, there are over 55 entries into the parade, meaning this year’s parade will be the biggest and best one yet with 80s characters, rocking performances and even a massive flash mob!

Joining Carla Whitley and Jackie Pittman as Grand Marshal off the parade will be former Florida State Seminole Peter Warrick. He will be joined by his family and they will be representing his son’s foundation, Payton Warrick Foundation Inc. Warrick will be hosting a special meet & greet and autograph signing session to benefit the Payton Warrick Foundation beginning at 12:30 a.m. at the Lazy Hiker.

The fun doesn’t stop at the parade — since you will be downtown head to Bloom Personalized Event Planning to register for the totally awesome 80s Scavenger Hunt at 11:30 around downtown Franklin. The 80s theme scavenger hunt is a fun opportunity to see downtown, while trying to solve 80s themed clues!

For the MANIACS (see what I did there) who like physical activity — there is even something for you this weekend! The signature event of the weekend, the 80s Flashback 8k kicks off Saturday.

You can register today at  https://www.raceentry.com/…/80s-flashback-8k/2021/register or

Race day registration/Race day pick-up will begin at 5pm ($25 entry fee with event shirt/$15 without on Race Day**) Racers must finish the 8K within 1.5 hour. Timing will be “chip timing” and timing will be hosted by Finish Well Timing.

Dress in costume — because speed isn’t the only thing awarded at this race — creativity and costumes get bonus points and recognition!

The race awards ceremony will be hosted at Currahee Brewing Company at 7:45 p.m. After the race victors are crowned and they have time to rehydrate with the best beer in town, the 80s Flashback weekend ends with a bang! Off The Record, an NC  based 80s cover brand will perform all your favorite 80’s tunes. Currahee is donating 15% of beer proceeds to the Greenville Shriner’s Hospital. There will be something for everyone (ALL ages are welcomed!) to enjoy! Rubik’s Cubes, 80’s photo props (to create the perfect GNARLY photo), raffle prizes, silent auction items (proceeds from the raffle prizes & silent auction will be donated to Greenville Shriners Hospital) & MORE!

We are going to PARTY like it’s 1980… something!!!! So, dust off your leg warmers and tease up your hair, celebrate the 80’s all weekend long!