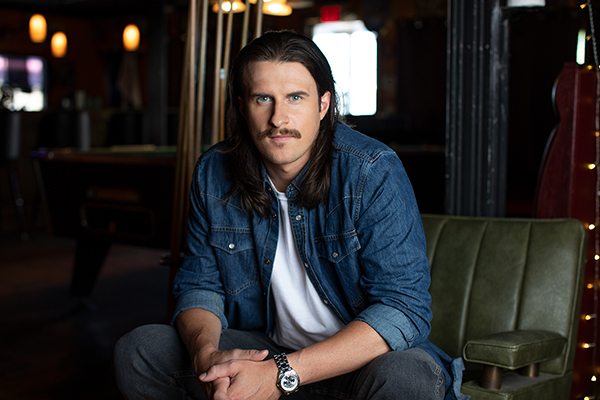 Writing and touring with Country Music superstar Jason Aldean was a dream for Sylva, North Carolina native John Morgan. A dream that became a reality after a writing session with two of Aldean’s bandmates after Morgan moved to Nashville, Tennessee to purse a career in entertainment — which landed him on national television Monday night for the Part 5 Live Qualifier episode of NBC’s American Song Contest.

NBC’s”American Song Contest,” is hosted by Snoop Dogg and Kelly Clarkson, and features competitors from all 50 states. Morgan and the other show competitors are all competing to win the country’s vote for the Best Original Song. A solo artist, duo, DJ or a band represent each location and perform a new, original song, celebrating the different styles and genres across America. Unlike other talent shows — where most of the contestants are unknown talents — NBC’s American Song contestants range from undiscovered talents to rising stars like Morgan to music icons like Jewel, who is representing Alaska, Michael Bolton, who is representing Connecticut, and even Sisquo who is representing Maryland.

The live competition consists of three rounds as the acts compete in a series of Qualifying Rounds, followed by the Semi Finals and the ultimate Grand Final where one state or territory will emerge victorious.

Like similar competitions, the public will be able to vote on their favorite performance. Morgan is representing North Carolina… but he isn’t alone on the stage. By his side are other WNC natives, Caleb Bates and Rob Ricotta, who Morgan credits much of his success to.

“It was really cool to have all of my North Carolina boys there with me, especially to represent our home state,” said Morgan. “We all grew up together and have been playing music together for a long time so for them to be a part of such a big moment meant a lot—they’re a big part of my live show too so I wouldn’t want to share it with anybody else.”

The NBC competition show aired last Monday — and while friends and family watch his performance on National Television, Morgan soaked up the experienced.

“It was pretty surreal seeing myself on tv,” said Morgan. “Experiencing the production side of things on set was a really cool experience and made me realize that national tv is a totally different ball game. I’m grateful to have such an incredible and rare opportunity to introduce myself and my music to so many new people in such a big way.”

With a style that’s defined by melodic grit and a craftsman’s approach to songwriting, John Morgan brings a blue-collar toughness to Country that’s pulled straight from the only life he knows. Hailing from Sylva, Morgan grew up immersed in Bluegrass tradition and even toured the festival circuit each summer in his family band — Mountain Faith. Morgan was just 14 years old when he recorded his first album with Mountain Faith, playing the guitar alongside his cousin Summer on vocals, Brayden on banjo, and his Uncle Sam on bass.

“I always brag on my parents for instilling good work ethic in me,” said Morgan. “They were always very supportive but taught me very early on that I needed to learn to do things for myself and if I wanted something, I had to earn it. I worked all kinds of small-town jobs that fueled that work ethic even more. I figure there is always going to be someone smarter and more skilled than me—and I’m always happy to find myself in a room with those folks because I can learn a lot from them—but no matter their level of talent, I will always make it a point to out work them. I wouldn’t be here today without that drive.”

Inspired by six-string legends from Tony Rice to John Mayer, Morgan decided to dive into the world of songwriting and sold everything he owned and moved to Nashville.

Morgan’s writing session with two of Aldean’s bandmates led to the superstar cutting eight songs written by Morgan, including his GRAMMY® nominated ACM Single of the Year No. 1 smash hit with Carrie Underwood, “If I Didn’t Love You” and Aldean signing John to Night Train Records, his imprint with BBR Music Group.

Morgan’s debut track, “Coldest Beer in Town” was released in 2021 and his follow up single, “Right In The Middle,” which he performed on NBC’s  American Song Contest was recently released, just in time for Morgan to join Aldean’s Rock N’ Roll Cowboy Tour this summer.

Morgan was already signed and had written for Aldean when he decided to pursue the NBC show, something he believed would help expand his footprint in the entertainment industry.

“First and foremost, I consider myself as a songwriter so being a part of a show that puts so much emphasis songs was really appealing,” said Morgan.” “Right In The Middle” is also my first real single so we wanted to come out of the gate swinging and there is no bigger way to do that than primetime tv and get to meet people in their homes.”

Although songwriting is where his heart it, Morgan said his focus at the moment is on his upcoming summer tour with Aldean, which will also feature Bates and Ricotta.

“I’m constantly writing, so that is always on the horizon but I’m going out on the Rock N’ Roll Cowboy Tour with Jason Aldean this summer,” said Morgan. “I’m taking the boys with me so we’ll start rehearsing soon and then dive straight into touring for several months. I can’t wait to travel the country, playing for fans with a full band for the first time.”

Voting opened Monday night following Morgan’s performance, closing the following Wednesday and it will be up to voters to determine whether or not the Jackson County native moves on to the next round.

Fans will find out if Morgan moves on to the next round on Monday, April 25 when the semifinals begin with 10 artists returning to the stage with an elevated performance of their original song for a chance to earn America’s vote; raising the stakes, a redemption song is revealed, adding an 11th artist back into the competition.