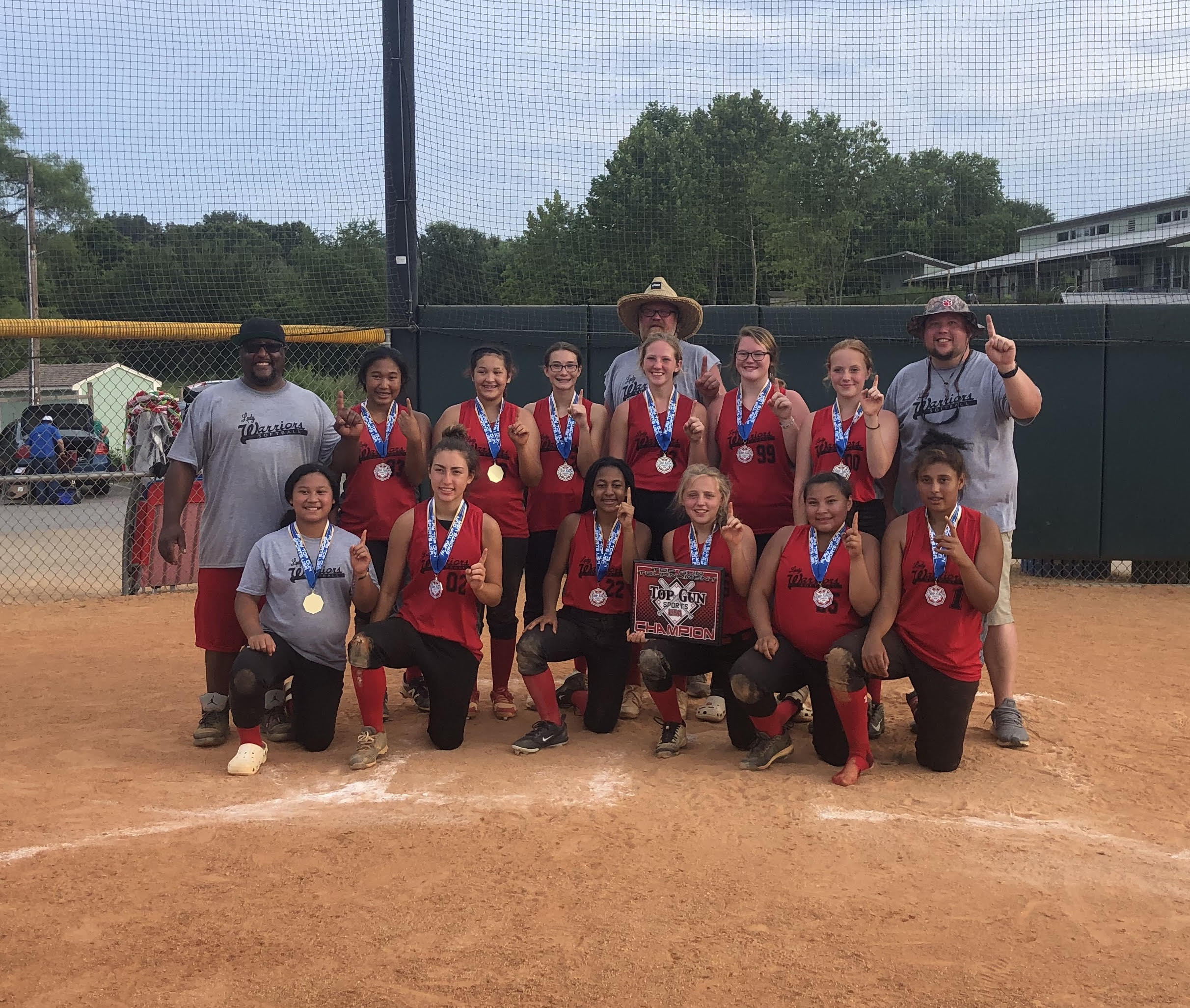 Members of the Lady Warriors softball team are raising money for their upcoming trip to the Top Gun Tournament of Champions. The Lady Warriors is a 14u team based in Jackson County with players from Cashiers, Cherokee, Franklin, Sylva, and Canton.

The team entered into a Top Gun Sanctioned Softball tournament “World Series Warmup” in July in Jackson Park in Hendersonville. The team won the gold bracket, finishing in first place out of 11 teams, securing their spot in the Top Gun tournament schedule in Kinston, NC on August 29 and 30.

To raise money for the trip, the team has a 50-50 raffle currently going on. $1 for 1 ticket. $5 for 6 tickets. $10 for 12 tickets and $20 for 24 tickets. The winning ticket will receive 50 percent of the total amount of money raised and the other 50% will go directly to the team to help with traveling and lodging costs involved with the tournament.

The winner will be announced on the Lady Warriors Facebook page at www.facebook.com/2020ladywarriors/ on August 26.

Tickets are able for purchase from the team’s coaches:

There is also another fundraiser for the team scheduled for tomorrow, August 18 at South of Philly in Sylva. 10% of all sales will be donated to the team.