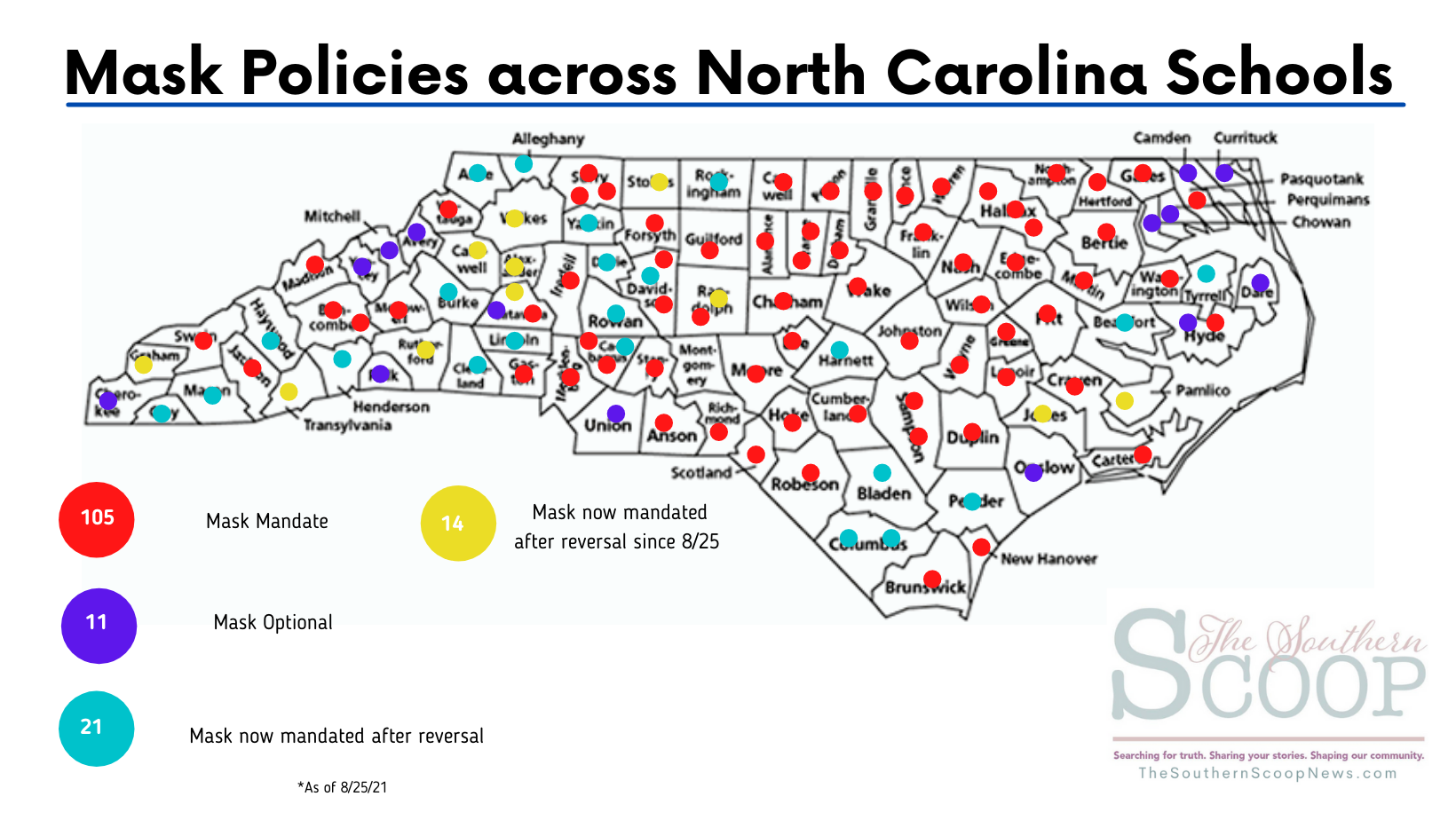 Since August 25, 14 school districts across North Carolina have reversed their mask policies to now require face covering for students and staff during the school day.

In Macon County, Union Academy announced that due to staffing shortages associated with COVID19, the school would be transitioning to remote learning beginning today, September 1, and will remain virtual until September 13. Other districts in the state have had to take similar measures — such as Graham County Schools, which suspended athletics and in-person learning until September 13 due to COVID10 cases.

The North Carolina Department of Health and Human Services made the decision late this summer to not mandate masks for schools across the state, however, they did strongly recommend that districts make the decision for their respective schools.

The cluster designation means local health officials believe there is “plausible epidemiological linkage” between five or more cases connected to the school.