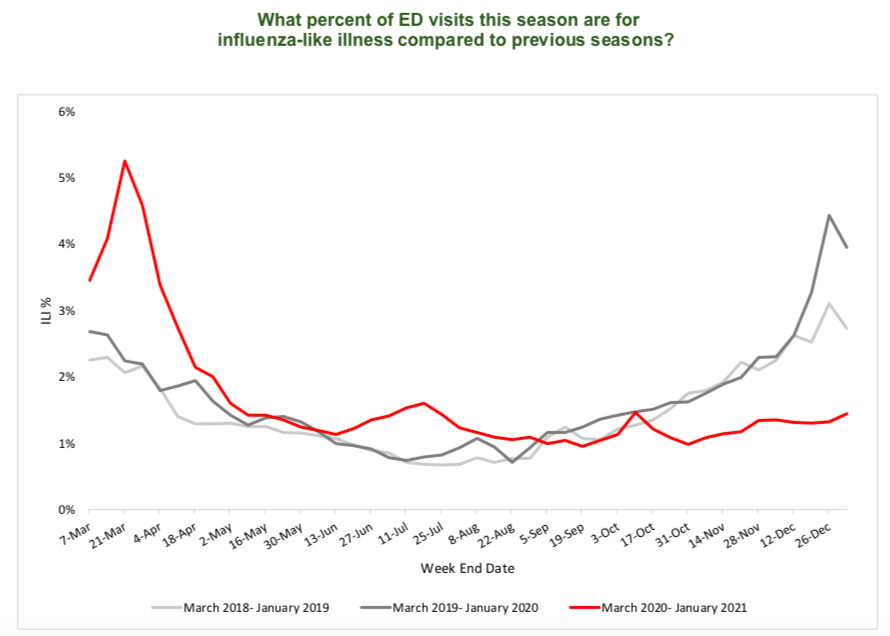 By Brittney Lofthouse on January 8, 2021

Compared to the same time period last year, the latest data from North Carolina shows that flu deaths are down by 89 percent.

According to state health officials, while flu is still prevalent this year, the decline in cases can be attributed to COVID-19 restrictions and stricter personal hygiene guidelines. Experts say that masks and social distancing are contributing to the decline in flue transmission as well as the push for vaccines that occurred ahead of flu season. According to Centers for Disease Control and Prevention flu vaccination estimates, millions more Americans appear to have rolled up their sleeves than this time last season, meaning the big push for flu shots might have paid off.

North Carolina’s latest flu report shows this season’s reported flu-like symptoms in hospitals this season are lower than the two prior years. According to the state Department of Health and Human Services, flu activity right now is characterized as “low.”

The state reported the first flu-related death of the 2020-21 season in October and said an adult over the age of 65 in central North Carolina died from flu-related complications.

In North Carolina, flu infections are most common from late fall to early spring, according to the NCDHHS. The virus circulates year-round but typically peaks for the state between January or February. While COVID19 restrictions have been attributed with the lower-than-normal flu reports thus far, experts anticipate an increase in the coming weeks as holiday gatherings may have increased transmission.

Macon County Public Health Director Emily Ritter said that the health department is tracking COVID19 cases locally due to the severity and county response, however, flu cases and data are managed by the state as flu-like illnesses are typically seen at provider offices and the hospital and that data goes to the state to generate data.

Ritter noted that health experts have determined that it is possible to have both the flu and COVID19 at the same time and that the health department has seen individuals in Macon County that have tested positive for both COVID-19 and flu. 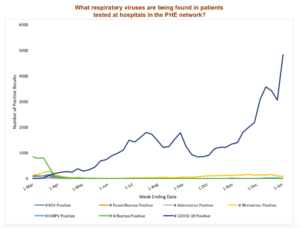 The weekly report found positive cases of both Influenza Type A and Type B in North Carolina and stated  “In worldwide influenza laboratories seasonal influenza B viruses accounted for a majority of detections (50.9%) followed by influenza A viruses (49.1%) from November 23, 2020 to December 6, 2020.

The CLI (Covid-like illness) and ILI syndromes have similarities because COVID-19 and influenza share many of the same symptoms. However, there a few key distinctions between the two syndrome definitions. According to NCDHHS, the chief complaint for ILI is a fever and/or cough or sore throat and the chief complaint or triage for CLI is the loss of sense of smell/taste.