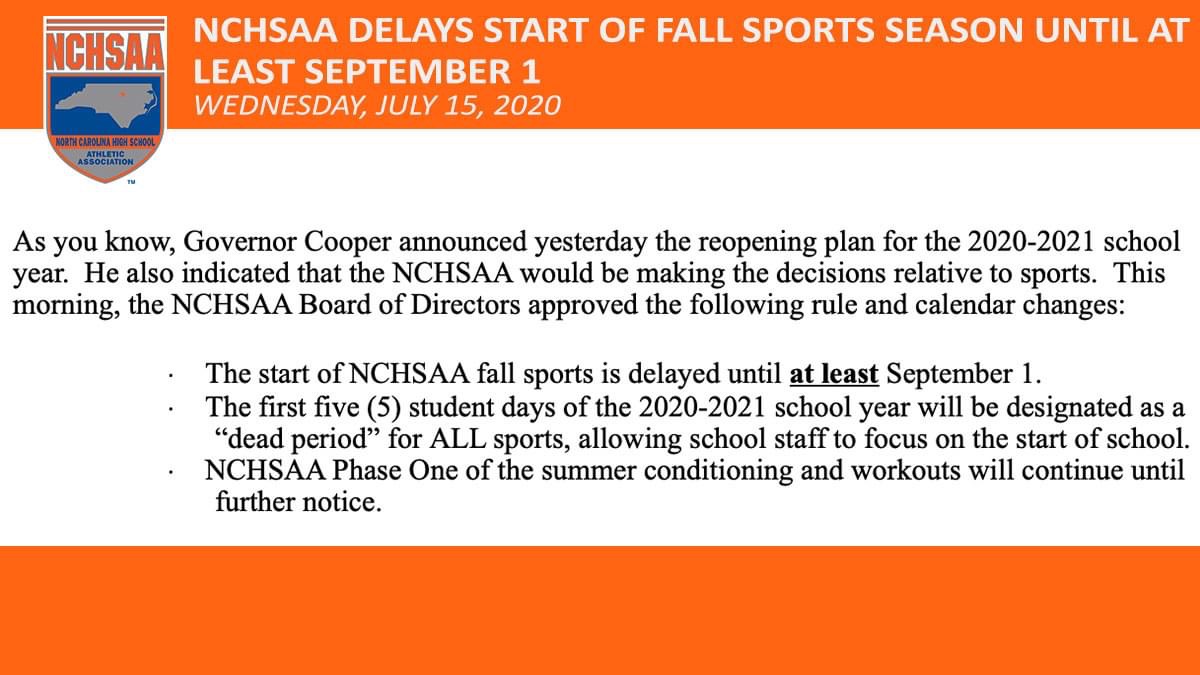 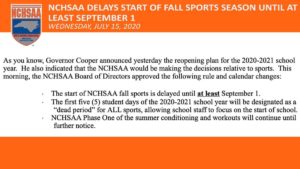 The North Carolina High School Athletic Association announced today that Fall sports will be delayed until at least September 1.

The decision was voted on and passed by the NCHSAA Board of Directors, according to a media release.

“For now, we believe these steps provide hope for our student athletes, and the possibility for playing fall sports We know that many decisions are being made relative to the reopening plan your school(s) will follow,” NCHSAA commissioner Que Tucker said in an email to membership July 15. “After each LEA has had an opportunity to formalize and finalize those reopening plans, the NCHSAA Staff will survey the membership to determine how sports should and/or can fit into the various models that will exist across the state.”

The NCHSAA can revisit the decision at anytime, based on the virus numbers across the state. Governor Roy Cooper said Tuesday afternoon that the decision for sports would be left completely up to the NCHSAA.

North Carolina’s announcement comes hours after South Carolina made a similar decision for sports in their state.

Published in Education and Health