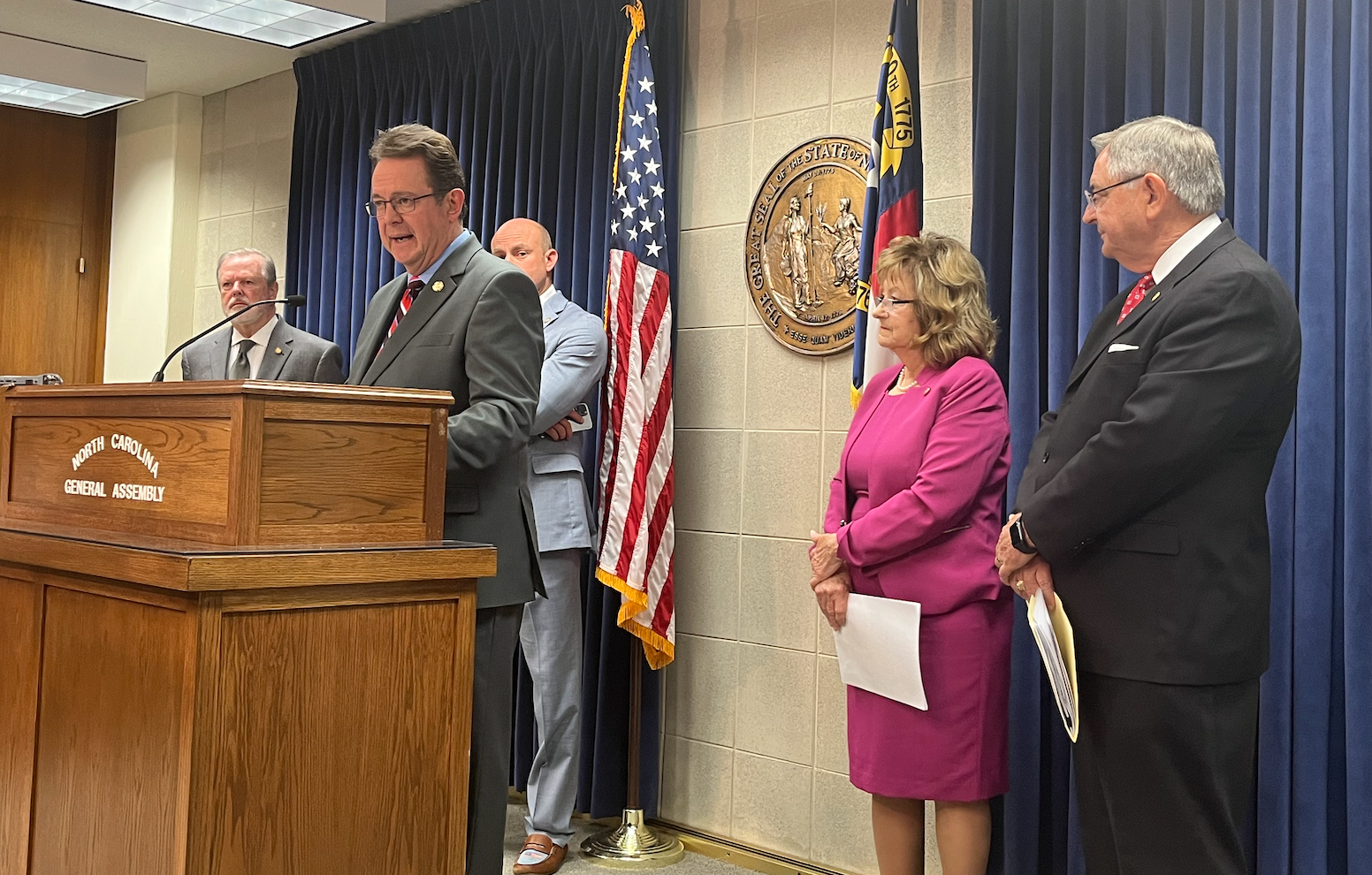 “Today I was proud to stand with my colleagues in the North Carolina Senate to discuss NC Health Works — legislation aimed at increasing access to healthcare through things such as telehealth, amendments to the state’s CON process, and closing the health insurance coverage gap through Medicaid Expansion,” said Senator Kevin Corbin. “This is arguably the biggest news to happen in North Carolina in 100 years. Not only would this extend health insurance coverage to 600,000 North Carolinians, but it would improve the quality of healthcare in the state in an efficient and effective manner while having no negative impact on the state’s budget.”

Senator Phil Berger spoke alongside Sen. Corbin Wednesday morning admitting that he has probably been the state’s most vocal opponent to Medicaid Expansion, however, he indicated that the time to do so is now to boost the supply of health services in the state.

“If there’s a person in the state of North Carolina that has spoken out against Medicaid expansion more than I have, I’d like to meet that person,” Berger said at a news conference, but now, ”I think (expansion) is the right thing for us to do.”

According to Berger, House Bill 149 will start moving through committee Wednesday in the state Senate, where it is expected to pass. Senate Republicans acknowledged that the legislation faces an uphill battle in the House, which remains vocally opposed to the measure. All but 12 states have accepted federal funding to expand Medicaid under the ACA since its enactment in 2010. The latest to join, Oklahoma and Missouri, expanded eligibility last year, after voters approved ballot measures. Utah, Idaho and Nebraska adopted Medicaid expansion in 2020.

“Why now? Why this?” Berger asked. “First, we need coverage in North Carolina for the working poor. Second, there is no fiscal risk to the state budget moving forward with this proposal.” And the Medicaid program has been overhauled in recent years so that it can handle additional consumers without creating state budget problems, he added.

In North Carolina, where about 2.7 million residents are currently enrolled in Medicaid, the additional federal funding available for state’s to expand Medicaid would give the state $1.5 billion over two years, a factor Berger noted was considered during his shift from opposition to support.

The bill summary indicates the state would pay its 10% of Medicaid expansion costs through a new assessment on hospitals, and expansion would end if Congress increased the state’s share of the expense.