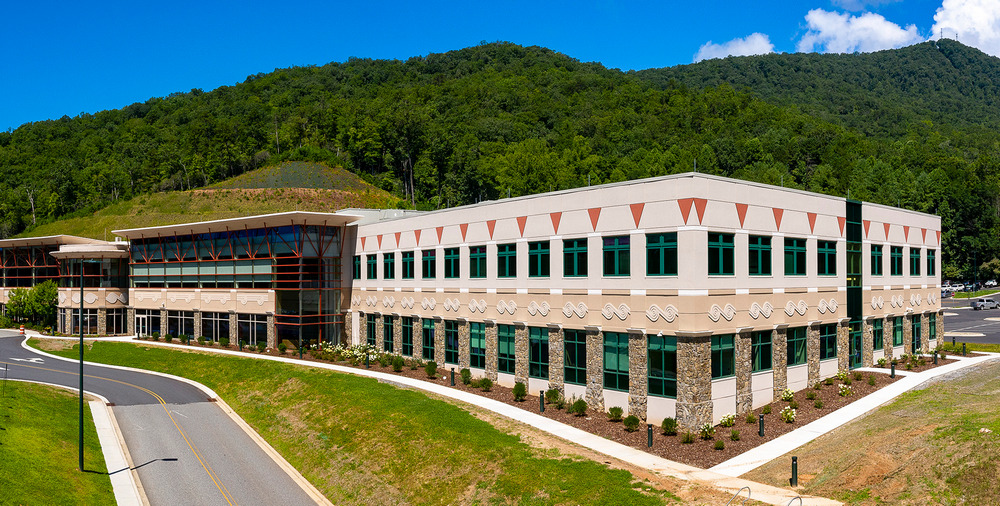 The Cherokee Indian Hospital Authority (CIHA) located in Cherokee, was designed to provide more streamlined care for members of the Eastern Band of Cherokee Indians (EBCI) who require mental, behavioral, or emotional health or substance abuse services. In 2015, the CIHA built a new state-of-the-art hospital facility where crisis care is provided in the emergency department (ED), followed in 2018 by Kanvwotiyi, a 20-bed residential treatment center in Graham County, N.C., which houses inpatient treatment and programs for adults.

In July 2018, Tribal leadership approved funding for a new psych/detox inpatient unit to build upon the old hospital structure located next to the new CIHA campus. Demolition began on part of the structure in February 2019 and the Crisis Stabilization Unit is set to open fall of 2020. Finally, in 2020 the CIHA opened a new crisis stabilization unity comprised of 18 inpatient rooms for behavioral health patients, four acute-care patient rooms that are equipped to support someone in a health crisis, and two large group therapy rooms.

While the original goal of the CIHA was to provide services to members of the Eastern Band of Cherokee Indians, hospital CEO Casey Cooper said that with additional funding sources, the CIHA would be able to open up services to residents in need of care across Western North Carolina.

The need for services in the region is undeniable. Evident by House Bill 280, filed on March 15 by Rep. Mike Clampitt and fellow Western North Carolina Rep. Mark Pless, HB 280 sought funding for mental health services, however failed to make it out of committee earlier this year.

The bill sought an appropriation from the state’s general fund that would bring $50 million for a badly-needed mental health treatment center. The bill stipulated that the facility be located in Cherokee, Clay, Graham, Haywood, Jackson, Macon, or Swain counties.

While the bill did not gain traction $50 million in new taxpayer funding wouldn’t be needed as the solution Clampitt and Pless sought already exists within the CIHA Crisis Stabilization Unit.

By closing the health insurance coverage gap in North Carolina through Medicaid Expansion, additional funding would become available for CIHA operations, which would allow the existing facility to expand services beyond tribal members and instead be open to care for anyone in need of mental health and substance abuse services.

“We want to make services available to non-natives, especially for behavioral health and substance use, but the challenge is federal regulations requires us to only do that if the service can’t be reasonably available elsewhere in the area,” Cooper said last month when speaking to Swain County Commissioners. “The second criteria is we have to charge the minimum of cost and finally we have to demonstrate that it doesn’t result in a decline in services for natives. We feel comfortable we can meet those criteria if more people in the community had health coverage.”

Expansion would mean new jobs in Swain as well as an estimated $3.9 million in new business spending because of the ripple effect of more health care spending. In Cherokee, another 1,000 people would become eligible for Medicaid and would create another $7 million in revenue for the tribe’s health care system.

“The tribe is already funding this $7 million worth of services, but this care just isn’t being provided elsewhere or the hospitals are absorbing it as unfunded care,” Cooper said.

Being able to access the resources at the Cherokee Indian Hospital would help surrounding county agencies save both money and time, especially when it comes to finding a behavioral health bed for someone suffering from a mental health or substance abuse emergency.

Right now, the closes facility for Western North Carolina law enforcement agencies is Broughton located in Morganton, more than 100 miles from most counties in WNC. County tax-payers are currently paying for someone to sit with someone who has been involuntarily committed in the emergency room until a behavioral health bed can be found for the patient. Sometimes it can take days for a bed to open up and often that bed can be on the other side of the state.

The federal incentives currently available for North Carolina to expand Medicaid would usher in unprecedented revenues into the state while increasing access to health care for rural counties.
When ACA first passed, the federal government incentivized states to expand Medicaid by promising to pay 100 percent of the state’s cost for the first three years and 90 percent of costs after that. Still, North Carolina and other states chose not to expand because they didn’t trust the federal government to keep that promise in perpetuity.

“At the end of year three, expansion would cost North Carolina $5 billion a year but because of ACA the cost will be matched by the feds at 90 percent, the state’s match is $500 million a year,” Cooper said. “People say that’s still too much but it’s not a bad return for the match and the hospitals and insurance companies have agreed to fund 90 percent of the state match through assessments so now it’s only $100 million — that’s a $350 million return on investment.”

The Swain County Board of Commissioners passed a resolution in support of Medicaid Expansion, joining the growing ranks of other Western North Carolina towns supporting closing the health insurance coverage gap such as the town of Franklin, Jackson County Commissioners, Clyde Vice-Mayor Frank Lay, and Highlands Mayor Pat Taylor.