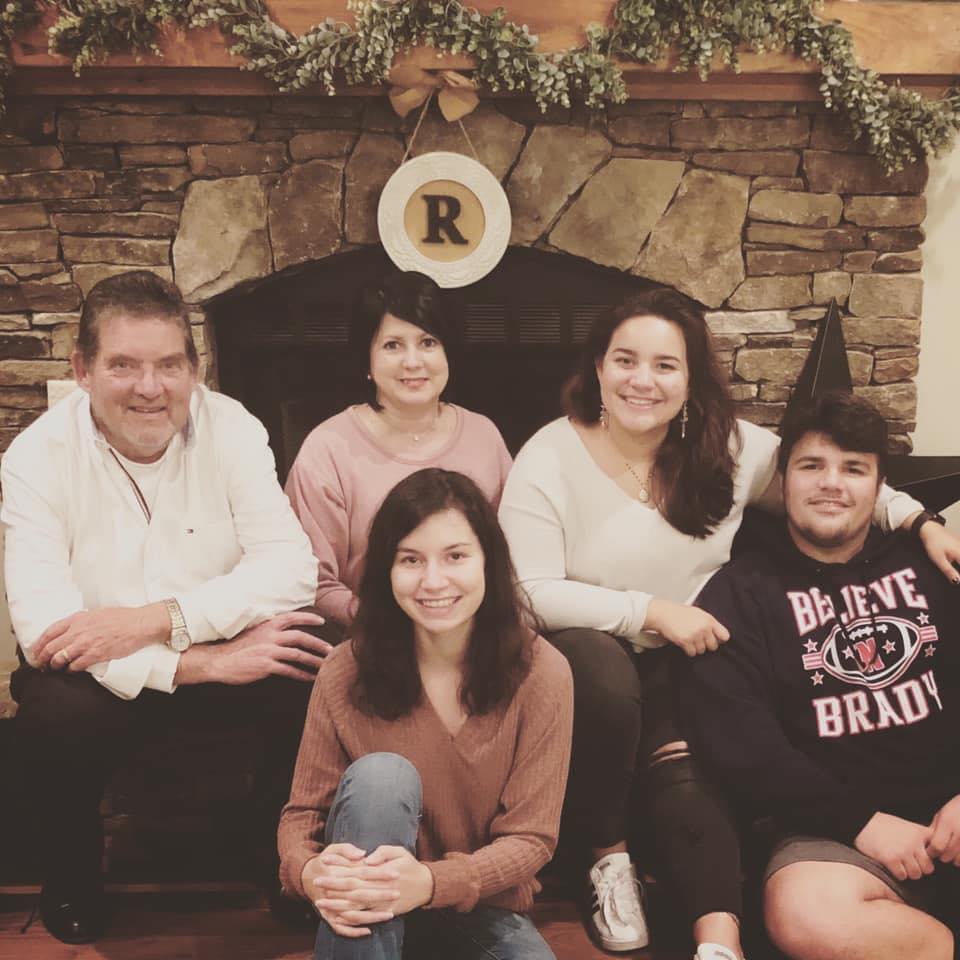 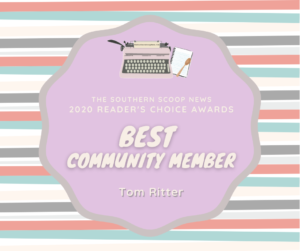 Southern Scoop News readers voted Tom Ritter as the Best Community member of 2020. Ritter, a local architect has worked behind the scenes for two decades helping to craft some of the most used and most visible facilities in Macon County. His impact goes far beyond his professional influence and is amplified by his never-ending desire to serve the community around him.

“I have known Tom Ritter for 20 years and he has spent a lot of his professional and free time making our community a better place to live,” said Macon County Commissioner Gary Shields. “Working with Tom over the years, assisting with the opening of new businesses, via the Franklin Chamber of Commerce Ribbon Cutting program, has been fun due to his constant humor.  Most recently, he has been instrumental in advising the KIDS PLACE Board of Directors on our new building project. Tom has also been a guide on the Macon Middle School project assisting the BOE and “county facilities team” on designs and suggestions that could be used for enhancing the athletic sports accommodation at MMS. Thanks to the “Southern Scoop Readers” for acknowledging Tom Ritter for this prestigious award: “Best Community Member.”

Ritter received his Bachelor of Science in 1983 from the University of Wisconsin-Milwaukee and then went on to complete his Master of Architecture in May 1985. He worked in Florida prior to moving to North Carolina where he became licensed to process in Franklin, North Carolina in 2001.

Ritter’s family is proud of the work he has done and is excited to know his legacy and impact will stand the test of time and help make them feel better connected to Western North Carolina.

“Of my dad, mom, older sister, and younger brother, the only one of us that can say we are from the area is our brother, so to be able to travel around the county and western North Carolina and see the work of one of your family members on display really makes us feel like we are a part of the community even though we aren’t “from here,” said Tom Ritter’s daughter, Emily Ritter. “Not originally being from this community, I believe we have all been a little surprised and humbled to see the outpouring of love and support for our family, and it makes it that much better to be able to keep seeing what impact my dad can have on the community, for as long as he can. I hope that my dad’s contributions to the community inspire others to do the same.”

Over the next 20 years after moving to Macon County, Ritter not only provided architectural design for projects residents use daily, but he often donated his time and talent to non-profits in an advisor capacity to help with their projects and future growth.

“Tom Ritter has been a critical piece of the architectural development of Macon County since I became a Commissioner,” said Macon County Commission Chairman Jim Tate. “His calm and respectful demeanor is inviable because it makes him extremely easy to work alongside.  When I think of Tom, the first thing that comes to mind is that when doing County projects he is always cognizant of the delicate usage of taxpayer funds. He has a knack for getting the most bang for the buck while respecting the government process.”

Emily said that through her dad’s “lead by example” teachings, she has been instilled with values of respect and a greater sense of community.

“Our parents taught us early on the importance of service and community,” said Emily. “Our dad has shown us throughout his career the importance of that, not just in word but in deed. My dad has donated countless hours of his work to projects throughout the community including REACH, Habitat for Humanity, FHS, Wounded Warrior Project, etc. There is rarely a time when my dad is not working on a job for a charitable cause that he believes in, and he has instilled that value in all of us. He is someone who believes deeply in serving his community.”

Ritter’s influence can be found in county facilities such as the Parker Meadows Sports Complex, Macon County Animal Control Facility, the Robert C. Carpenter Building, various improvements and additions to Macon County Schools, the Macon County Sheriff’s Annex building and so much more.

Ritter is currently working on several projects for the county such as the Macon Middle School renovation project and just completed the South Macon Elementary expansion.

As evident as his influence in county facilities is, he is just as influential within the Town of Franklin.

“Tom Ritter is a tremendous asset to Franklin,” said Franklin Town Manager Summer Woodard. “His passion and expertise in architectural design have propelled Franklin forward. Mr. Ritter has been instrumental in the design of many Town of Franklin facilities. A few that come to mind are the Town Hall building, Public Works building, Police Department building, and Franklin Fire Departments’ future sub-station. Mr. Ritter’s contributions to our community are remarkable. This award is well deserved and earned.”

With two decades of influence on the architecture of Western North Carolina, Emily said what she is most proud offs her dad’s never-ending drive and work ethic.

“Aside from the work that my dad has done, what has been most impressive to me is simply his dedication,” said Emily. “When you get something from my dad, whether it’s his time or his work, he gives you all of it. For the people who are lucky enough to call him a friend, he will be there for you no matter what. For the number of friends my sister, brother, and I brought home over the years, he still remembers their birthdays and has them written out on his calendar so he knows to give them a call. He was in the stands for all of our soccer games, and in the seats for every dance recital and pageant. His dedication to provide exceptional work to the community and to see Macon County thrive is the most meaningful work that he still continues to do every day.”