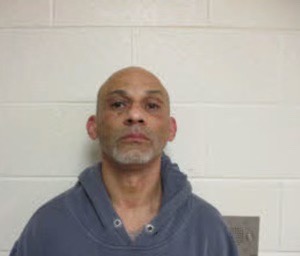 An Asheville resident who pleaded guilty last week in Franklin to illegal drug activity will spend 90 to 120 months in prison, District Attorney Ashley Hornsby Welch said.
William Zachary “Zach” Patterson, 52, recently admitted in Macon County Superior Court to two felony charges: trafficking by possession of four grams or more but less than 14 grams of heroin and possession of a controlled substance on the premises of a local confinement facility, Welch said.
In addition to serving an active prison sentence, Patterson must pay a mandatory $100,000 fine.

A May 3, 2018, case led to the second charge, possession of a controlled substance on the premises of a local confinement facility.
After Macon County deputies Jonathan Bean, Matt Canzone and David Blanton initiated a traffic stop, searched a vehicle and found drugs, they transported Patterson – a passenger in the car – to the detention center.

Once there, a search uncovered additional illegal drugs, hidden in one of Patterson’s socks.