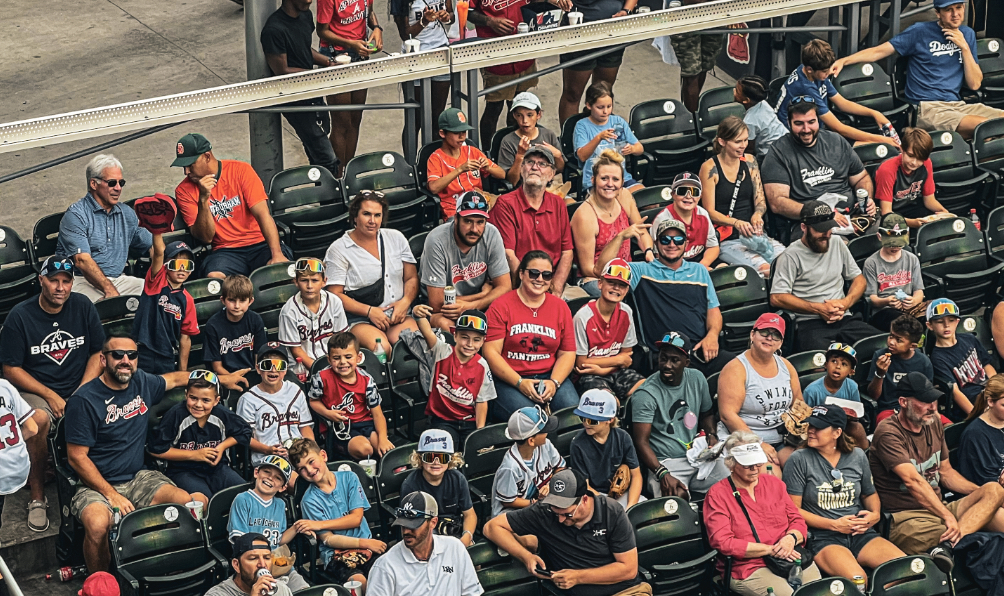 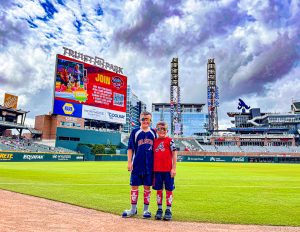 Two months after the Franklin Little League 8U All-Star team had to take cover during the state tournament in Wilson, North Carolina where gunshots were heard in the recreation complex while the players were on the field, the Atlanta Braves Foundation invited not just the Franklin Little League team, but all teams that were at the tournament that day to Truist Park for a game.

“What these kids have gone through is more than any child should experience in his or her lifetime,” Danielle Bedasse, Atlanta Braves Senior Director of Community Affairs and Atlanta Braves Foundation Executive Director. “Above all else, baseball should be fun. We hope their visit this past weekend to Truist Park, an opportunity to see their Atlanta Braves win, helped inspire their continued joy in the game we all love.”

The Franklin 8U team and their families joined little league all-star teams from across North Carolina on the Home Run Deck at the Braves’ Stadium to watch the final game in the Braves series against the Miami Marlins over Labor Day weekend. After a rain delay mid-game, the Braves returned to the field and beat the Marlins 7 to 1, clinching a sweep of the series.

“Our boys have been so fortunate to experience such a love and outpouring of support from not only our hometown but also from the entire baseball community,” said Brent Holbrooks, father of Franklin Little League All-Star player Tripp Holbrooks. “It was such a neat experience to watch the Braves play on Sunday and to know that even though our little league’s last game of the season ended in the most terrifying way possible, those bad memories they may have as they grow up of that baseball game will surely be outshined by the incredible memories made Labor Day weekend thanks to the Braves Foundation.”

The Atlanta Braves Foundation was contacted the day after the shooting in Wilson, North 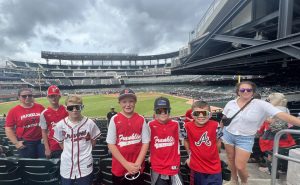 Carolina, and asked if they could help remind the Franklin Little League All-Star team that baseball is fun and exciting— and not scary or dangerous — a feeling many of the families carried away from the state tournament. Without hesitation. The foundation wanted to invite players to a came at Truist Park, but they wanted to do more than just invite the Franklin team. The Foundation reached out to the state tournament director, who helped the Braves reach all coaches from the tournament and extend an invite to every team in attendance when the shooting occurred.

“Taking our kids to that game meant just as much to us as parents as it did for the kids,” said Holbrooks. “It took us quite a while to really process the fear we felt after that tournament. A fun day of baseball watching the Braves sweep the Marlins was the perfect way to put last season behind us and look forward to taking the field again soon.”

The Atlanta Braves won the World Series last season, which was their first championship win since 1995 and their first championship appearance since 1999. Following the Braves’ Labor Day sweep of the Marlins, they have continued their 7-game winning streak against the Oakland Athletics, allowing them to come back and tie with the New York Mets in the NL East standings, and they’re on track to climb back to the top and stay there.