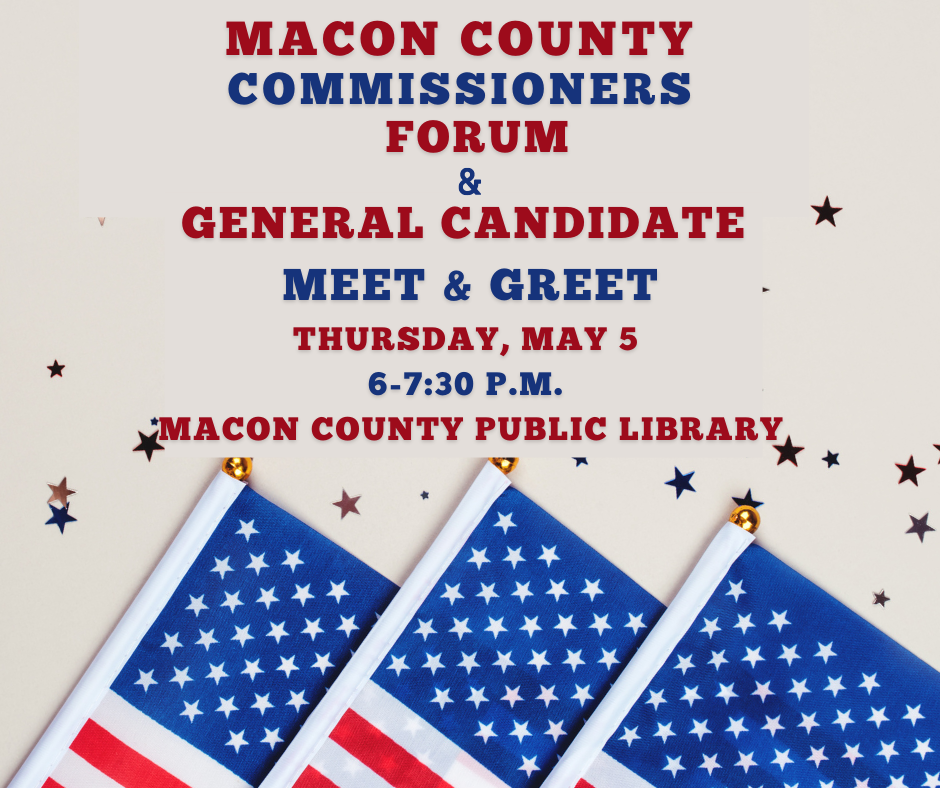 Leading up to the primary, The Southern Scoop News will publish candidate profiles for local offices included Macon County Board of Commissioners District I, District II, Clerk of Superior Court, and Macon County Sheriff. The Southern Scoop News will also publish candidate profiles for Jackson County Board of Commissioners and Jackson County Sheriff.

Early voting across North Carolina begins April 28 with the Primary voting day set for May 17. The Macon County Board of Commissioners currently have three seats up for election. Two seats in District II, which covers the Franklin Area, and one seat in District I which serves Ellijay, Flats, Highlands and Sugarfork. The May 17 primary ballot will feature Republican candidates for office. Since only two Democrats have filed to run – Ronnie Beale and Betty Cloer Wallace –  a primary is not needed for the Democrats. The top Republican vote getters will be placed on the November ballot to face the two Democrat challengers or an independent challenger who secures enough signatures to be placed on the ballot by the deadline.

Don Willis and John Shearl are vying for the District I seat. The candidates were asked to provide a short bio and were asked the same questions. 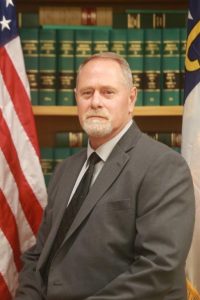 Don Willis’ decided to run for public office two years ago after he retired from the Macon County Sheriff’s Office. This election marks Willis’ first time seeking an elected office.

“I decided two years ago that after I retired, I would run for office and give the citizens of Macon County a full time commissioner,” said Willis. “With my 30-plus years of public service I am very familiar with all the departments of the county and its employees. I have the experience and the leadership to work with my fellow commissioners to bring us all into the future.”

Willis has been married to his wife, Robin, for the last 42 years and have two adult children, Amber Wright and Justin Willis, and four grandchildren.

With three decades of public service to Macon County, Willis has served as the former Macon County Fire Marshal and is retired as a Lieutenant with the Macon County Sheriff’s Office. Willis’ career in public service first began in 1988 as a volunteer firefighter with the Franklin Fire Department. By 1991 he received his certification as a firefighter Level I and Level II and by 1993 was certified as an Emergency Medical Technician. In 1995 Willis was certified as fire/arson Investigator, which opened the door to serve as Macon County’s Fire Marshal prior to beginning his career in law enforcement. In 2005 Willis became a Certified Accelerant Detection Canine Handler by the Alcohol, Tobacco and Firearms (ATF) Agency and began working with his partner K9 Christine. Willis received the North Carolina Certificate of Leadership Development for Law Enforcement Managers in 2013. In 2020 prior to retirement, Willis completed the North Carolina State Department of Justice Advanced Law Enforcement Certificate and received the North Carolina State Department of Justice Advanced Service Award in the same year. 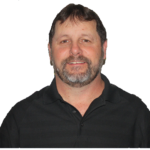 “As a 35-year small business owner in Macon County, I have signed payroll checks on the front not on the back,” said Shearl. “I have been responsible for my business’s budget and my family’s finances as well. I know how to do more with less. I believe my past and present business experience and deep conservative values would make me a great steward of your tax dollars, adopting a budget and living inside the budget. Operating the government is like any other business.”

Shearl, who has run for commissioner in the past, said he is running for office with specific issues in mind.

What do you see as the biggest issue facing Macon County? How would you address it if elected?

Willis: “Our infrastructure is in need of repair. A plan must be developed and adhered to,” said Willis.

Shearl: “Taxes,” said Shearl. “Vote for low taxes, spend tax dollars wisely, don’t overtax the taxpayers. Our citizens on a fixed income can not afford to pay more in taxes.”

Commissioners are faced with increased request for public education funding. What is your stance on county’s role in funding public education? Do you think the current levels are adequate or do you think they should be increased/decreased? Do you support the sales tax referendum that will be placed on the ballot in November?

Willis: “The children of our county need to feel safe and have the best education that we can provide,” said Willis. “Currently we are faced with overcrowding, inadequate Pre-K classrooms and dated facilities. The need for a new Franklin High School is on the horizon and must be addressed as well as renovations for the Highlands and Nantahala Schools. So, yes, I am in favor of public funding for our children. Our current levels will need to be increased to fund those needs. Currently the commissioners have placed a sales tax referendum on the ballot in November that will help in funding these needs and I am strongly in favor of.”

Shearl: “Maintain what we have and explore what we need,” said Shearl. “How are we going to pay more? Can we pay more without raising taxes? No!”

Macon County has completed a large space needs analysis project to address infrastructure needs. What are your thoughts on the current direction the county is taking to address these issues?

Willis: “I was a part of the Space Needs Assessment that was completed in November of 2019 by Moseley Architects. Little to no action has been taken since the study has been completed,” said Willis. “We must get back on track and adhere to a plan for the future.”

Any other issues or info you would like to address for your voters?

Willis: “I believe if we are to be good stewards of taxpayer money, commissioners must have the time to put forth,” said Willis. “As your next county commissioner, I will be your full-time commissioner. As a 30-year public servant allow me the honor to continue my service to the citizens of Macon County, vote Don Willis.”

Shearl: “I am a lifelong Conservative Republican, a 35-year small business owner,” said Shearl. “I will strive to be among the best commissioners that has ever served the people of Macon County. I will be a commissioner “Of the People, By the People and For the People.” I will vote for low taxes, freedom and private property rights. The voters of Macon County have a great opportunity to elect a true conservative businessman in District 1 that will work hard for the citizens of Macon County. Follow me on Facebook at John Shearl for Commissioner District 1. You do not have to live in District 1 to vote for John Shearl, it is a county-wide election. All Republicans and Unaffiliated voters can vote for John Shearl in District 1. Early voting starts April 28 through May 14 and election day is May 17. I humbly ask for your support and vote in the upcoming May primary.”

There will be a public candidate forum hosted by local media outlets for all candidates for Macon County Commissioner on Thursday, May 5 at the Macon County Public Library. The event will begin at 6 p.m. with a Meet & Greet opportunity, followed by a Q&A forum.