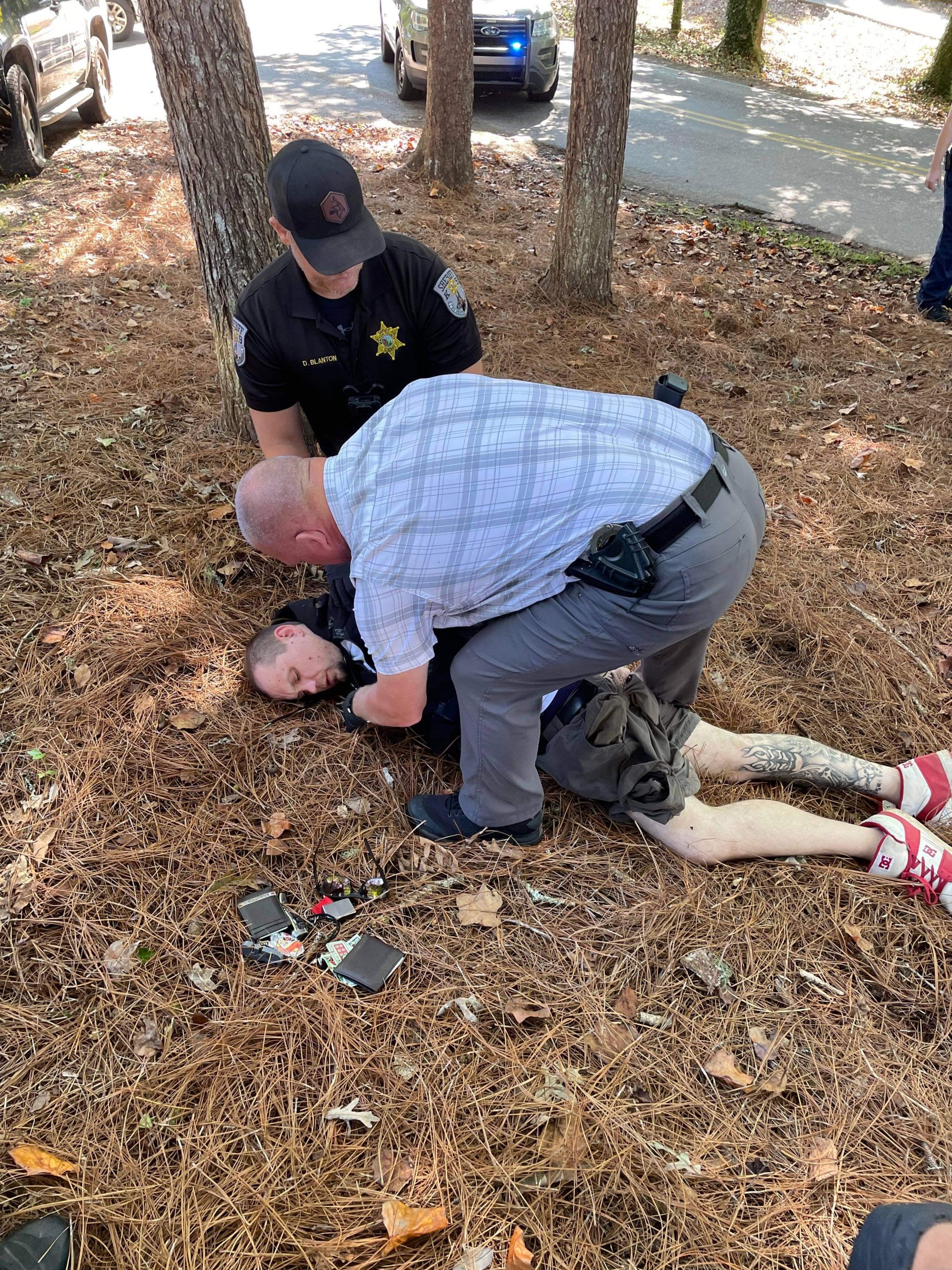 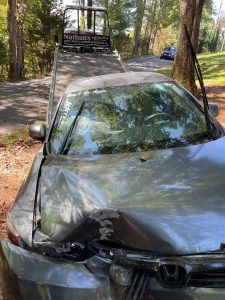 On Wednesday a routine traffic stop was attempted by MCSO/FPD Narcotics unit when the driver refused to pull over and fled.  A vehicle that was occupied by three subjects drove through a construction zone at a high rate of speed.  The vehicle was pursued by law enforcement and entered school property and then continued to drive off road and through a local golf course that sent golfers fleeing.  Once the driver entered Golf View Drive a detective with the MCSO attempted to utilize “Stop Sticks” to disable the fleeing vehicle.  To avoid the stop sticks the vehicle made an abrupt left hand turn into a local residence yard and collided with a tree.  The driver of the vehicle exited the vehicle and attempted to run but was quickly subdued by a MCSO Detective.  Two other occupants of the vehicle were also detained.

Adam Sackman of Franklin was arrested and faces numerous charges including possesion of a firearm by a convicted felon. In addition to possessing a loaded handgun Sackman was also in possession of a large amount of fentanyl and Methamphetamine.  Sackman has been charged with multiple counts of trafficking in heroin/Fentanyl and trafficking in Methamphetamine.  Possesion of narcotics within 1000 feet of a school, Possession of narcotics, fleeing to elude arrest and other charges.  Additional traffic related charges are pending which will include fictitious tag and reckless driving. 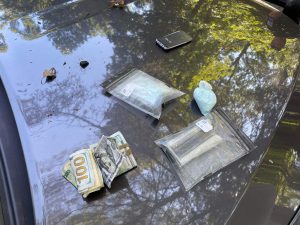 Adriana Garcilita of Franklin was also arrested on narcotic related charges including possession of Methamphetamine.  Garcilita is facing additional charges for bringing narcotics into a jail facility following a more thorough search by officers once in the facility.  Garcilita was served with additional warrants for failing to appear in court this week.
Both Sackman and Garcilita remain in the Macon County Detention Center.  Bond for Sackman is $4,200,000.00 (4.2 million) and Garcilita bond is $100,000.00
A third person who was a passenger was released from the scene because she did not have anything illegal in her possession.
Sheriff Holland states, “There is a process we must follow but unfortunately the wheels of Justice turns very slow.  Both of these individuals have proven track records of being a menace to our community and deserve nothing less than long term prison sentences.”
**If you find value in the work of The Southern Scoop News and want to see it continue, please consider a small donation to our online Patreon account. As of today, 21 individuals contribute monthly for a total of $127 which helps to ensure we continue providing you with these types of updates. The Southern Scoop News is unable to operate without your support. To donate, click here.