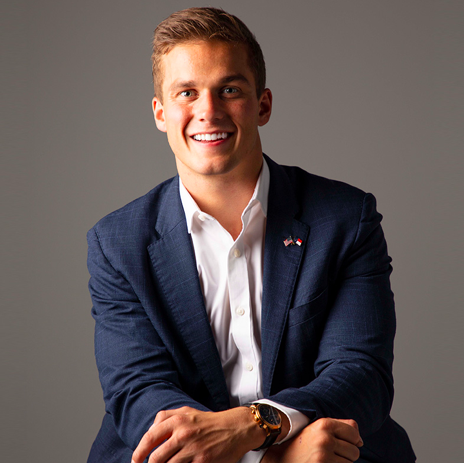 Cawthorn celebrated his 25th birthday on August 1, making him eligible to serve in Congress. Although Cawthorn has little work experience, briefly working at Chick-Fil-A in his hometown while being homeschooled, he secured his seat in Congress with 54.52 percent of the votes across the district. After a 2014 car accident that left him paralyzed, Cawthorn invested money he won during a civil suit against his best friend to become an investor. He has also spent time as a motivational speaker talking about overcoming addiction and depression that resulted from his accident.

Since first winning his primary runoff, which featured more than a dozen Republicans Cawthorn quickly gained a massive following on social media and branded himself as the new face of the GOP. That persona was only magnified when he earned a coveted speaking slot at the Republican National Convention in which he stood from his wheelchair while reciting the Pledge of Allegiance.

Despite a solid win, Cawthorn has faced a fair amount of controversy over his remarks on race and racism during his short political career. In August, Jezebel published a story accusing Cawthorn of inflating his résumé and professional accomplishments and pointed to some of his social media postings and previous statements as espousing racist views. He received backlash after claiming that liberals “want people to be able to get into college with lower grades and lower school scores simply because they are African American.” Many critiques focused on the racist tone of his remarks and the hypocrisy considering he attended one semester of a private college before flunking out.

In his first public acknowledgment after being declared the winner of District 11, Cawthorn, who hosted a watch party in his home county of Henderson, North Carolina, tweeted. “Cry more, lib.” Sparking outrage from both sides of the political aisle.

While promising to bring his district together, Cawthorn regularly vowed to fight against the “Liberal Mob” and work in Congress to defeat AOC and Nancy Pelosi. He would regularly block opponents in his district from the ability to voice their concerns on his campaign Facebook Page, something he won’t be able to do after he officially takes office in January.

Despite deeming himself an outsider, Cawthorn has considerable clout in Congress already, with President Trump regularly referring to him by name during campaign rallies across the state. He also appeared with members of the Trump Administration during his campaign and has spent time at the White House with the President and his Chief of Staff Mark Meadows.