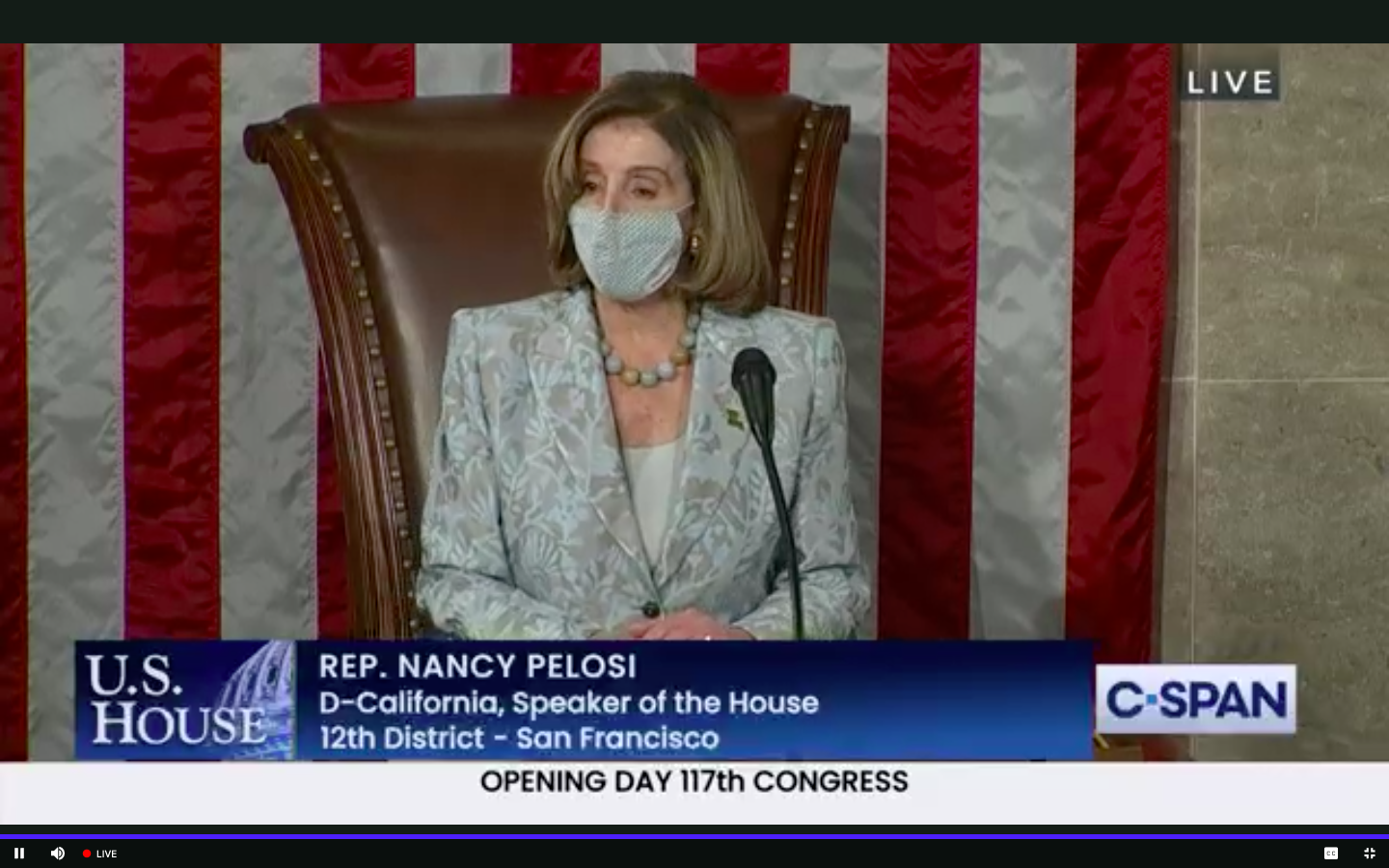 Cawthorn sworn in to 117th United States House of Representatives

By Brittney Lofthouse on January 3, 2021 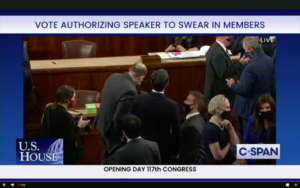 For the first time since Congressman Mark Meadows resigned from his seat representing District 11 in Washington, residents of Western North Carolina officially have a representative again. Madison Cawthorn was among the freshman class of the 117th Congress sworn into office on Capitol Hill today. District 11, which includes the state’s westernmost counties, has been without a representative in the US House of Representatives since March when Congressman Meadows resigned to become President Donald Trump’s Chief of Staff.

Rep. Cawthorn, a Henderson County native, beat out more than a dozen Republicans in the primary and then after a runoff election in the Summer of 2020, won his seat as the youngest congressman (25 years old) ever elected to the US House of Representatives.

Due to pandemic restrictions, incoming freshmen were allowed to have one guest each to watch as they take their oath of office. After the ceremony, Cawthorn, along with the other members of the 117th Congress immediately got to work.

The first order of business was to elect the Speaker of the House—which re-elected Nancy Pelosi,  and then Congress will turn its focus on adopting a set of rules that will be used to govern the joint session of Congress scheduled for January 6. During the joint session, which will be co-chaired by Vice-President Mike Pence, both chambers of Congress will formally count the votes of the Electoral College.

Madison, along with several other members of the House of Representatives as well as some Senators, has already expressed their intent to object to electors from certain states.

“The right to vote in a free and fair election is the cornerstone of our Republic. Attempts to subvert the Constitutional authority of state legislatures to conduct elections strikes at the very heart of representative government. I choose to stand in the breach, to fight for us,” Cawthorn wrote on Twitter on Monday.

Rep. Chip Roy from Texas initially objected to the swearing-in of members of the House in states anticipated to be contested on Jan. 6, however, a resolution submitted allowing all members to be sworn in passed with an overwhelming majority.

Cawthorn is among the most diverse class of Congresspeople in the nation’s history, with a record number of women, racial minorities, and members of the LGBTQ+ community, with a total of 59 newcomers.