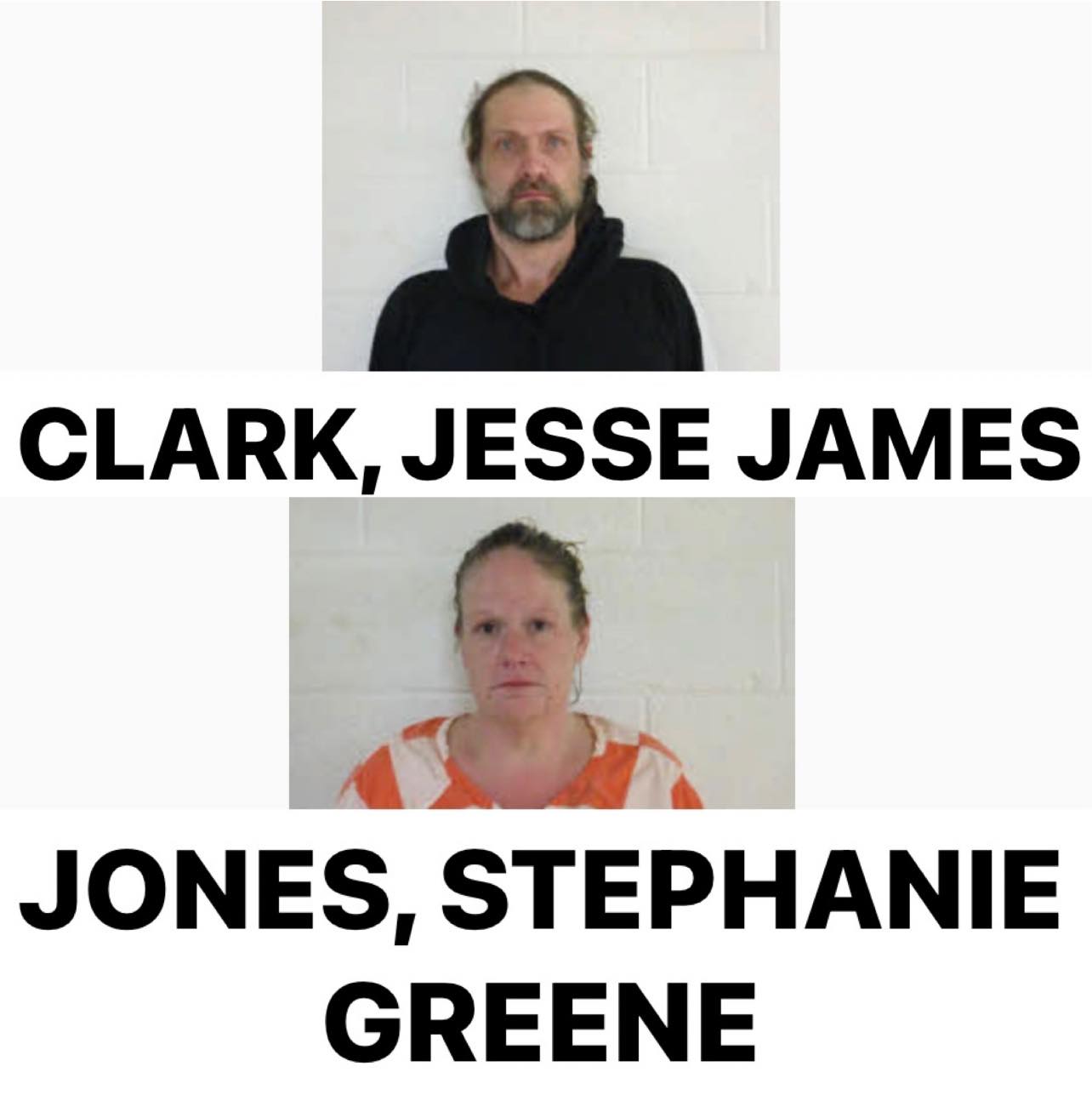 The two suspects then fled the crash scene on foot, at which point a code red message was sent out via dispatch’s Code Red system warning residents in the area of McClure Mill Road be on the lookout for two suspects, a male, and a female, dressed in all black.

Around 9 p.m. on Tuesday night, the Franklin Police Department received a call from 911 Dispatch with information regarding the whereabouts of the two suspects involved in the vehicle pursuit.

FPD Officers were able to locate the suspects on Highlands Road near Rogers Road.  After a brief foot pursuit, both suspects were taken into custody.

The suspects, identified as Jesse James Clark and Stephanie Greene Jones were arrested and booked into the Macon County Detention Center.

Jones was charged with three counts of resisting a public officer, failure to stop for flashing red lights, two counts aiding and abetting larceny, misdemeanor larceny, possession of stolen goods, aiding and abetting driving while license revoked, flee and elude arrest with a motor vehicle, reckless driving to endanger, and failure to appear on a misdemeanor. Jones was booked in on a $40,000 bond.

Clark was charged with resisting a public officer, larceny from a merchant, two counts of possession of stolen goods, and flee and elude arrest with a motor vehicle, Clark was booked in on a $44,000 bond.