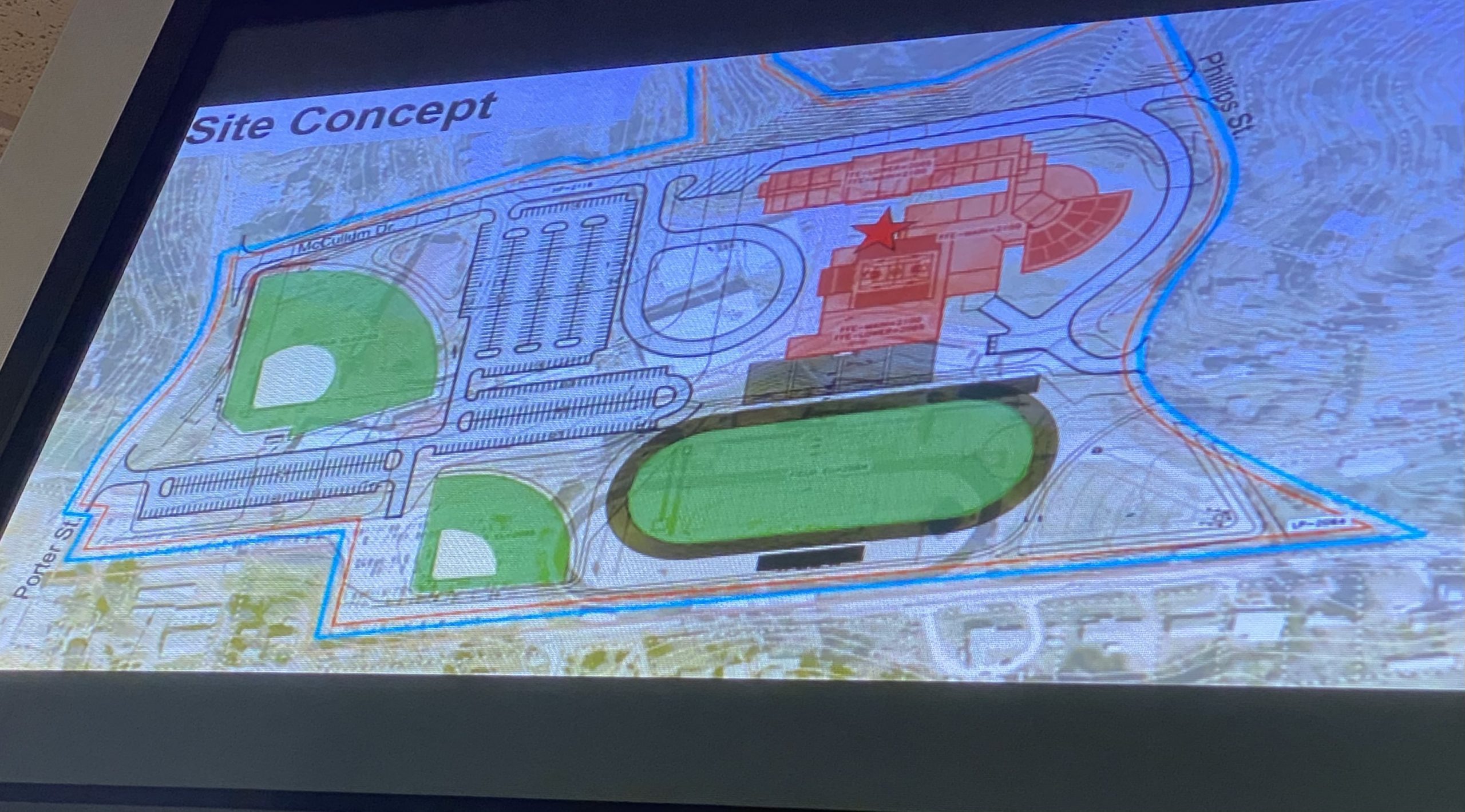 Franklin High School was built in the early 1950s and has had substantial issues over the last decade, with the school board and county commissioner pouring in funding every year to keep the school operational. From new windows to security upgrades like fencing and cameras, every year maintenance projects at Franklin High School take up a significant portion of the school district’s capital outlay funds.

After a decade of back and forth and talking about the needs at Franklin High School, the Macon County Board of Education sent a formal request to county commissioners last month asking for a new high school facility to be built on the current site of Franklin High School.

Baldwin stated that Macon County Schools has explored options to relocate the high school, but he recommended building a new facility at the current location.

“We’ve gone so far in the past decade, as to look out into the community, to identify parcels of land that would be conducive for a new site for Franklin High School,” said Baldwin. “Unfortunately, none of those sites were found to be perfectly favorable, and we’ve moved on from those. But it may be time to consider a new Franklin High School facility at the current site.”

The Macon County Board of Commissioners took a big step Tuesday night in moving forward with plans to replace the Franklin High School building located in the heart of downtown Franklin.

Macon County Commissioner’s Ronnie Beale, Josh Young, Jim Tate, and Gary Shields were all in favor of the project and honoring the board of education’s wishes. Commissioner Paul Higdon noted that although he understands a new facility is needed, he thinks the conversation to raise taxes and build a new facility is rushed. Higdon noted that he would rather see the county slow down and develop a long-term plan to address all school needs as well as the county’s capital improvement plan before committing such substantial funds to one project at the high school.

The school board has been working with an architectural firm who volunteered to create preliminary design plans for a proposed scope of work and project estimate to replace Franklin High School on the same site of its current location.

The scope of work includes building one, three-story academic building to house all classes, a two story field house that would open directly onto the Franklin High School football field. The project would also address the drainage and flooding issues of the football field by working with the football practice field to bring in dirt already on the campus and potentially installing underground water tanks to store water that accumulates in rains that have caused sinkholes and damage to both the parking lot and football field.

After the academic building would be completed, the proposal outlines for the existing high school campus to be demolished with baseball fields or other school amenities to be constructed in its place.

Macon County Schools Superintendent Dr. Chris Baldwin said that if the board decides to continue to wait on a new facility and delay construction of a new school again, that the school board would ask the county to look at funding significant renovations to address immediate needs at the football field and the fine arts building, which cannot be ignored any longer.

The Macon County Board of Commissioners are set to begin their budget planning process on May 25 and agreed that if a new high school was going to be built, discussing it — and the possible need for a 5-7 cent property tax increase to fund the construction— would be appropriate during the county’s budget process.