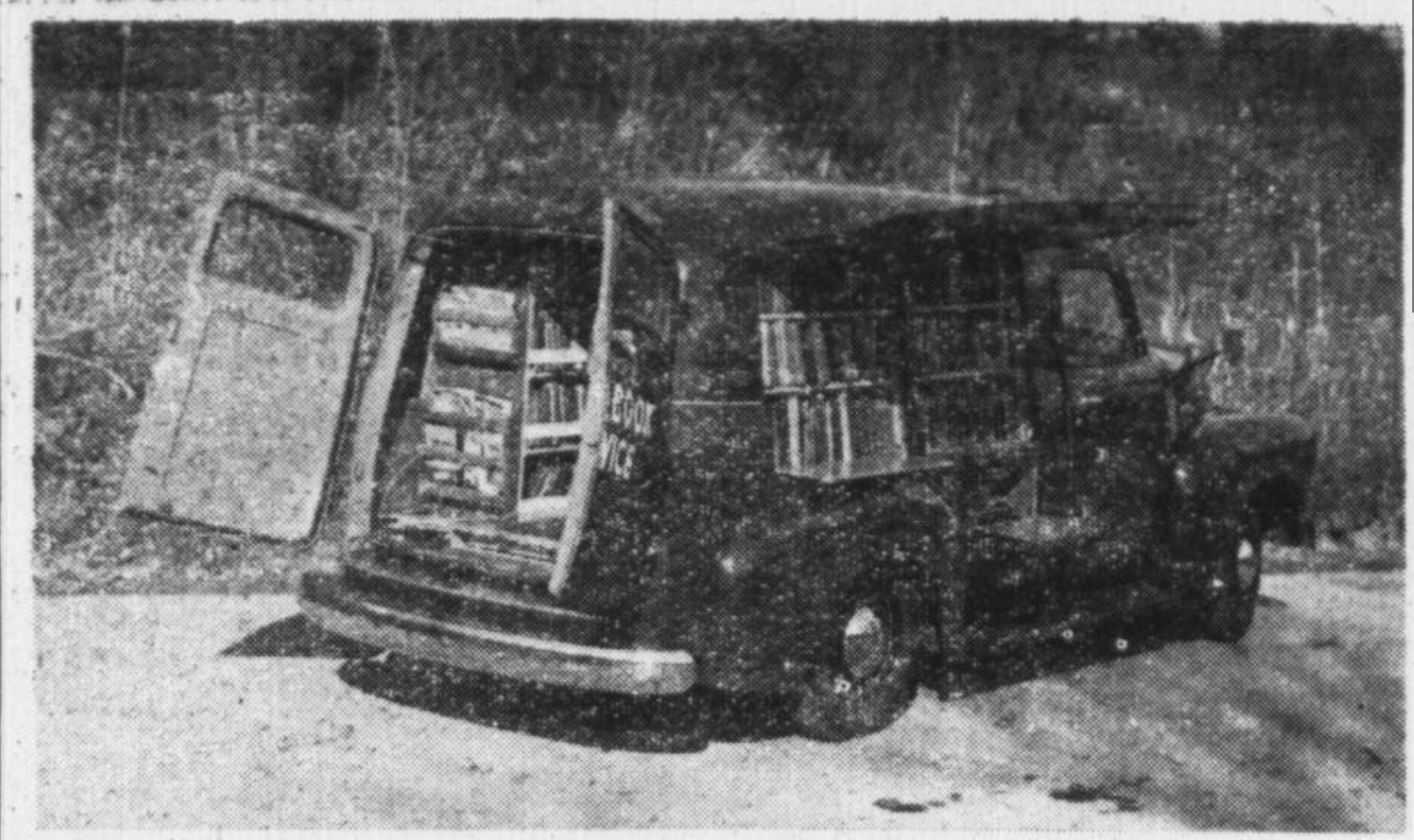 In 1941, Miss Lassie Kelly, Macon County librarian, utilized state funds to purchase new books and a bookmobile to visit rural areas of the county. The bookmobile was a 1936 Chevrolet truck converted with shelves to hold 280 books. The truck was purchased for $186, shelving cost just shy of $7, and other miscellaneous costs brought the total cost to $197.70. In 1941-1942 the bookmobile cost $22.09 to operate and traveled 910 miles around the county, specifically to reach areas such as the Nantahala Community.

It wasn’t until 1986 when a library branch, staffed by volunteers, was started in the Nantahala Community Building to offer better library service to the residents of the remote portion of Macon County. The Nantahala Community Library joined the Fontana Regional Library system, which was established by the Tennessee Valley Authority (TVA) in 1944 to provide library services for its workers on the Fontana Dam.

By 1998 the Nantahala Community Library was preparing to move from the community center to a new facility which was owned by Macon Program for Progress at the time. The facility was situated on the Nantahala School property — the same space the library has occupied ever since.

Now, nearly 25 years later, the Macon County Board of Commissioners are continuing to move forward with renovations to a building that will move the library into a new community center located on White Oak Lane in the Nantahala Community.

The need for renovations for the 1,800-square-foot Nantahala Community Library have been a consistent conversation over the last decade. Macon County provides Fontana Regional Library with about $1 million a year in operating costs for all three libraries in the county. In addition to the operating budget, Macon County pays the utility bills on the facilities, as well as the maintenance on the buildings. In the past, as the Nantahala Library has needed repairs, funds have been provided for such out of the county’s maintenance budget, in addition to the operation dollars provided to Fontana Regional Library.

When asked where community residents would like to have a new library, the White Oak Flats area received the most responses. However, almost as many residents requested that the library stay at the existing location, citing centralization, easy accessibility, convenience, and safety.

Fontana Regional Library Director Karen Wallace said that when the library learned the county purchased the new property, they were surprised as it was not in the library’s plan to relocate.

“When the Library Board learned that the County had made an offer on the building on White Oak Lane, they were surprised,” said Wallace. “They had not been previously approached by the County about this as a possible location for the library.  The Library Board then notified the County Commissioners of their preference to remain at the current location (near the Nantahala School).  Missy Evans, the Nantahala School Board member, contacted the Board of Commissioners to let them know she views the public library’s adjacency to the school as a security and safety risk. The Library Board then asked the School Board for a decision about the library’s continued presence on the campus (did they welcome the library or not)?  The School Board never gave the Library Board a response to that question.”

The White Oak building is 2,400 square feet and the county voted during the July Board Meeting to continue moving forward with building renovations with the intent for the library to occupy half of the space with the other half being used as a community building. The shared space will give the Nantahala Community Library 1,200 square feet, a decrease in size compared to its current 1,800 square foot space. While decreasing library services and offerings to fit the new space is not ideal for the library, Wallace said the board acknowledges that the new White Oak building will be the best option to get the desperately needed new facilities.

“Although not our first choice (first choice being to remain on the school campus), we felt that this was the best opportunity for us to relocate the library in that community,” said Wallace. “It’s unlikely that the County Commissioner will agree to purchase another piece of property and fund a new library when they’ve already purchased this building. It’s unlikely that the School Board will agree that we’re welcome on the school property (in a new building). But we can’t stay in the building we’re in because it’s deteriorating.”

Macon County’s July vote moves forward with architectural design solicitation to develop the building to house both the library and a community building for residents of Nantahala.