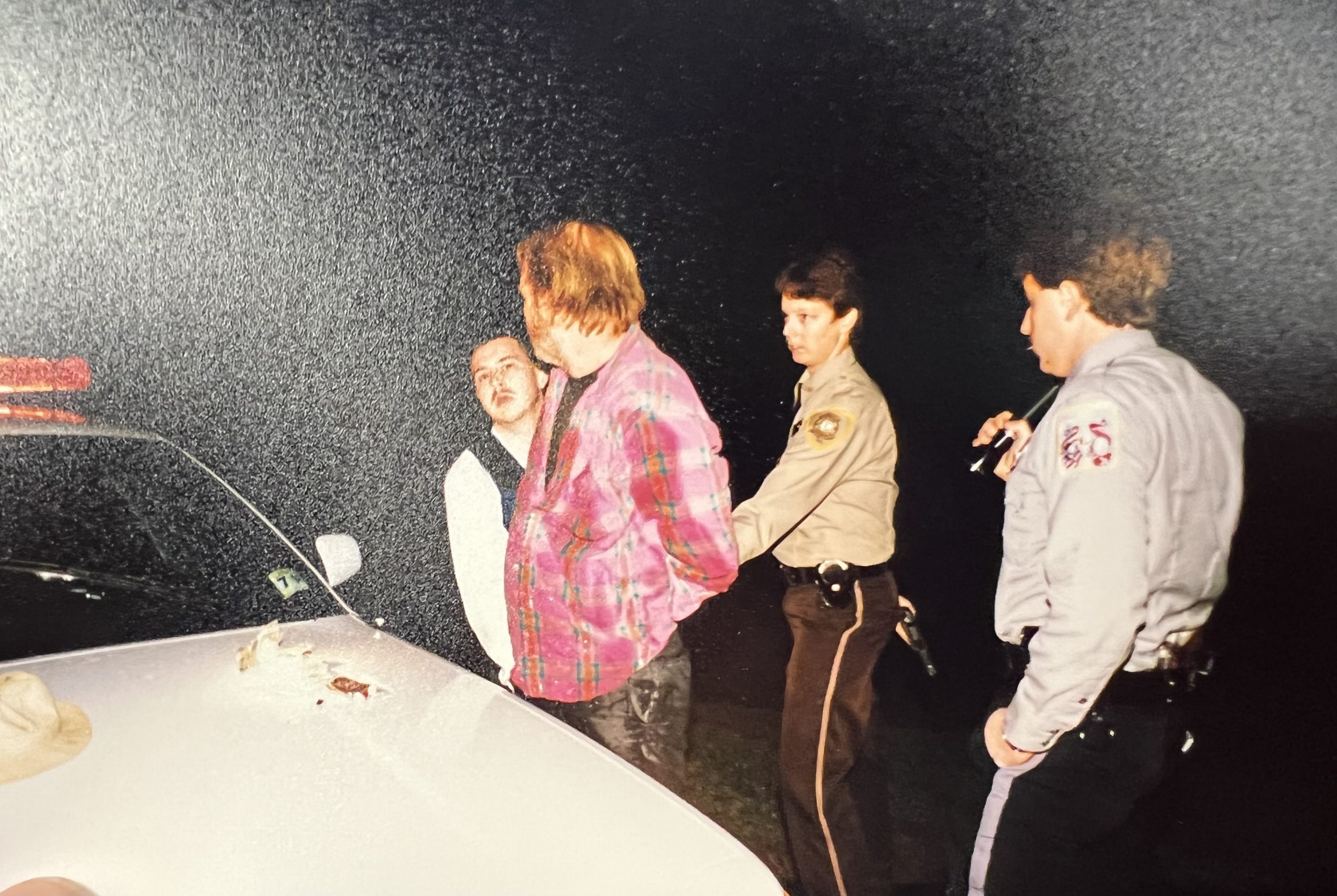 “It was Gen. Douglas McArthur who stated, “A true leader has the confidence to stand alone, the courage to make tough decisions, and the compassion to listen to the needs of others. He does not set out to be a leader but becomes one by the equality of his actions and the integrity of his intent,”: Macon County Manager Derek Roland said to open Wednesday’s celebration. “It is an honor to join each of you here today as we celebrate the career of a true leader. For the past 20 years, while serving 5 terms as Macon County Sheriff, the ultimate responsibility for keeping the 37,000 men and women of this county safe has rested squarely on this man’s shoulders.  For two decades, we have held Sheriff Robert Holland accountable for meeting a need that is central to our ability to achieve anything else in life.  Sheriff, we are here today to thank you.  On behalf of our friends, on behalf of our families, on behalf of our Children…Thank you for assuming this responsibility, keeping us safe.”

Sheriff Robert Holland was elected as Sheriff of Macon County in 2002 following the retirement of Sheriff Homer Holbrooks. Holland first began his career with the Macon County Sheriff’s Office in 1991, working his way through the ranks of the department, serving as Detention Officer, Deputy Sheriff, Juvenile Investigator, K-9 Handler, and Detective Sergeant.

Holland was re-elected each term while facing both primary and general election opponents and after the 2018 election, decided that it was time for him to retire and take time for his family.

Roland touched on the highlights of Sheriff Holland’s career — which effectively changed not only local procedure but also helped to shape state policies.

“While we will never fully understand the difficulty involved in many of the decisions you have made or the courage it has taken to make these decisions, Macon County has certainly reaped the benefits of them during your tenure in office,” said Roland. “More than anything, you have shown us that Law Enforcement is so much more than arresting criminals, it is an integral part of our local community. The SRO Program which you prioritized by placing officers in each of our schools has provided our children with a safe learning environment and promoted positive interaction between law enforcement and our youth.  The shop with a Cop program that you started long before becoming elected, has grown from a small group of officers donating $20 each to provide to Christmas for three children to a community of 37,000 donating 10’s of thousands of dollars to provide Christmas to over 300 disadvantaged children in Macon County.  If Programs like the inmate rehabilitation program have led to one person turning their life around, or the Prom Promise program, giving students firsthand accounts of life-altering consequences one bad decision related to drugs or alcohol can have has prevented one student from drinking and driving, they have well served their purpose.  Your community-oriented approach to law enforcement has truly set Macon County apart as a top-tier agency, leading to recognition from various state and federal agencies including the North Carolina Wildlife Commission, DEA, Marine Corps League Detachment 973, and the Fraternal Order of Police.”

Many of those agencies joined in honoring Sheriff Holland on Wednesday. Holland received recognition from both the Federal Bureau of Investigation and the Fraternal Order of Police. As a way to both honor Sheriff Holland and to help continue his legacy, Macon County Schools Superintendent Dr. Chris Baldwin and Macon County Board of Education Chairman Jim Breedlove announced the Sheriff Robert Holland Scholarship — which will be provided to local students who intend to pursue a career in law enforcement. Macon County Commissioner Jim Tate presented the scholarship’s first donation — nearly $5,000 — from members of the Highlands Community.

Holland, who was not afforded the opportunity to graduate college because he had to work to support his family said the scholarship was incredibly special.

After family and friends shared memories and expressed their gratitude to Sheriff Holland, he and his wife Marci made their way to a patrol vehicle for Sheriff Holland to give his final call into dispatch.

With the airways cleared, Sheriff Holland radioed to dispatch for the last time in his career.

“5701 to dispatch… it has been an honor. Thank you for the opportunity the citizens of Macon County have given me. Thank you to the officers. It has never been about me, it has always been us. We did it as a team. Thank you to all the men and women of the Macon County Sheriff’s Office. Thank you to your families and the many sacrifices all of you have made. To my family, I say thank you. Dispatch, 5701. I’ll be 10-7,10-42.”

After Sheriff Holland signed off, two familiar voices were heard on the other end of the radio — his son Mason and his daughter McKayla.

“We are so proud of you,” said McKayla.

“We love you,” Mason and McKayla said together.

“I love you too,” said Sheriff Holland.