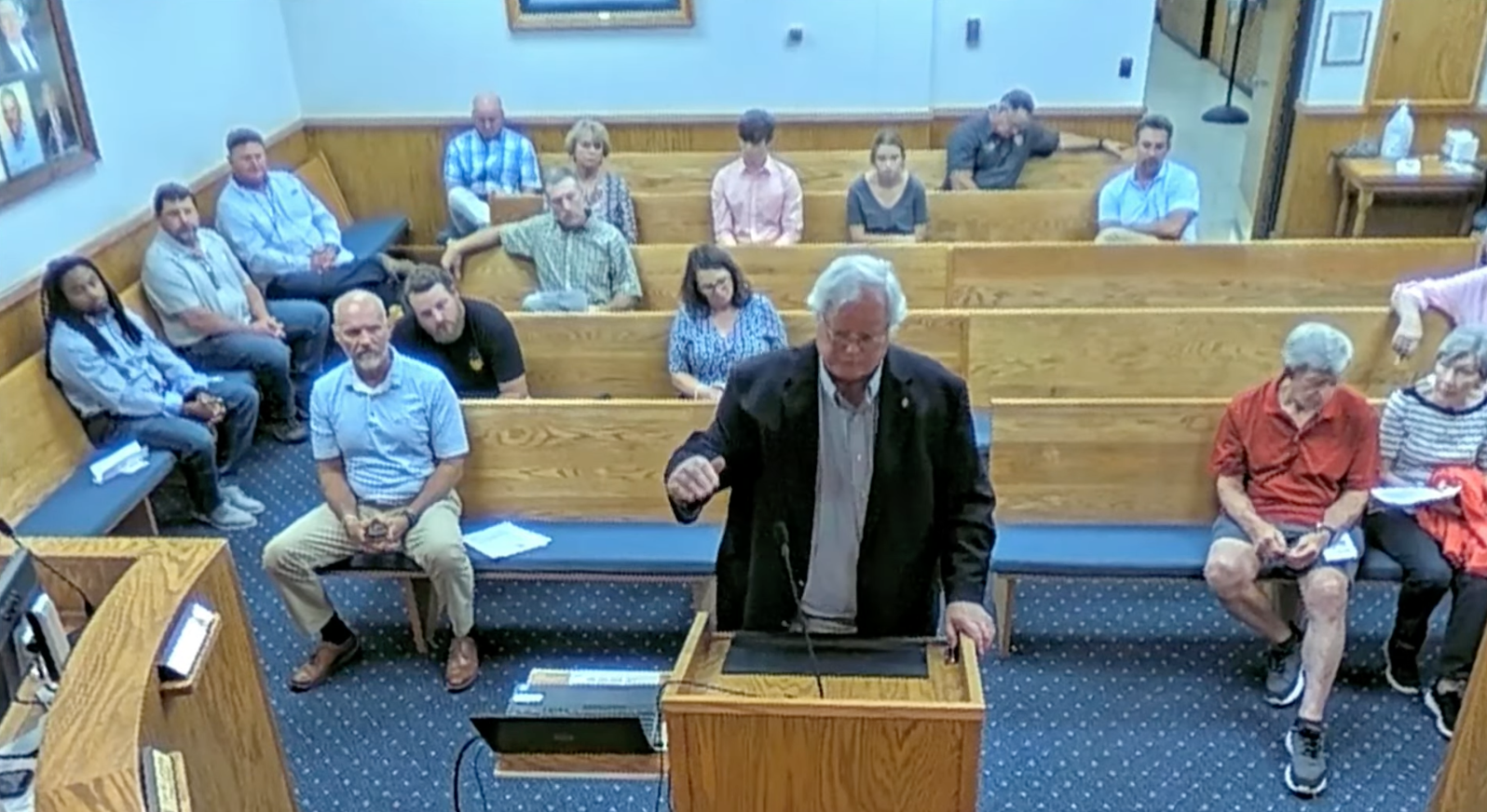 During the August meeting of the Macon County Board of Education, commissioners approved a contract with LS3P Associates for the completion of schematic designs for constructing a new Franklin High School building on the same property as the current location.

Prior to deciding to construct a new high school building on the same property as the exciting campus, Macon County Board of Commissioners as well as the Macon County Board of Education evaluated other possible sites throughout the county. While specifics of properties that were considered by either board were discussed in closed session and kept private due to North Carolina General Statute as the properties would be considered “material terms” under the state’s open meeting law, general considerations and references have been made concerning several properties and the reasons they were ruled out.

Dating back to 2017, property located on the Georgia Road was identified as a potential location for a new high school facility. While the recommended average, 50 acres, was available for purchase, other considerations were made in ruling out the potential property. The location of the potential property off of the very busy highway would have significant issues in terms of Ingress & Egress, a process that would both be exceptionally lengthy and costly for the county. The location off the highway and the lack of infrastructure to handle the traffic associated with 900+ students and another 100+ teachers was also a factor that was considered. The road the high school would be located on is already considered the deadliest road in the county, making it a poor choice to add 300 daily student drivers to the traffic.

As Macon County Schools Superintendent Dr. Chris Baldwin noted to the Franklin Rotary Club last week, a parcel in the South Macon area was considered, however, the price associated with just acquiring the property and preparing it for construction was not a viable option. The property itself was $7 million and early estimates reported an additional $7 million in grading costs just to move first to prepare the property for construction. Before the project could ever begin, the county would be looking at $14 million.

Another significant cost issue considered at various sites in the county was the cost of bringing infrastructure to the potential properties. As Macon County Commissioner Gary Shields noted during the meeting last week, a property in the Cowee area was identified early on, however, the parcel lacked basic infrastructure to be considered for the project. In addition to the property being located on a two-lane road, not readily equipped to handle the additional 1,000+ vehicles the new school would bring, the remote location had limited access to infrastructure access to things such as water and sewer, and adequate internet access for students.

When considering property in specific locations of the county such as Iotla or toward the Parker Meadows Recreation Park, the county considered the significant history of the locations as it relates to former Native American settlements in the county. Generally speaking, properties that are located near a water source, such as a creek would be relatively easy when considering water and sewer access, however, when factoring in Macon County’s rich history of early Native American settlements, properties located near water were likely former settlements, therefore are considered protected when it comes to development. For example, during the construction of the Parker Meadows Sports Complex, a tooth was discovered and found to be a relic of Native American history. The project was not only delayed while proper procedures were followed to preserve the artifact and the site, but the discovery also cost the county an additional $300,000. For already developed sites, the same preservation laws are not in place as existing sites have already been disturbed.

With the schematic design contract approved by commissioners last week, once a design proposal is completed by LS3P Associates, a public meeting will be held, tentatively in mid to late October to unveil the proposed designs before moving forward with the project.