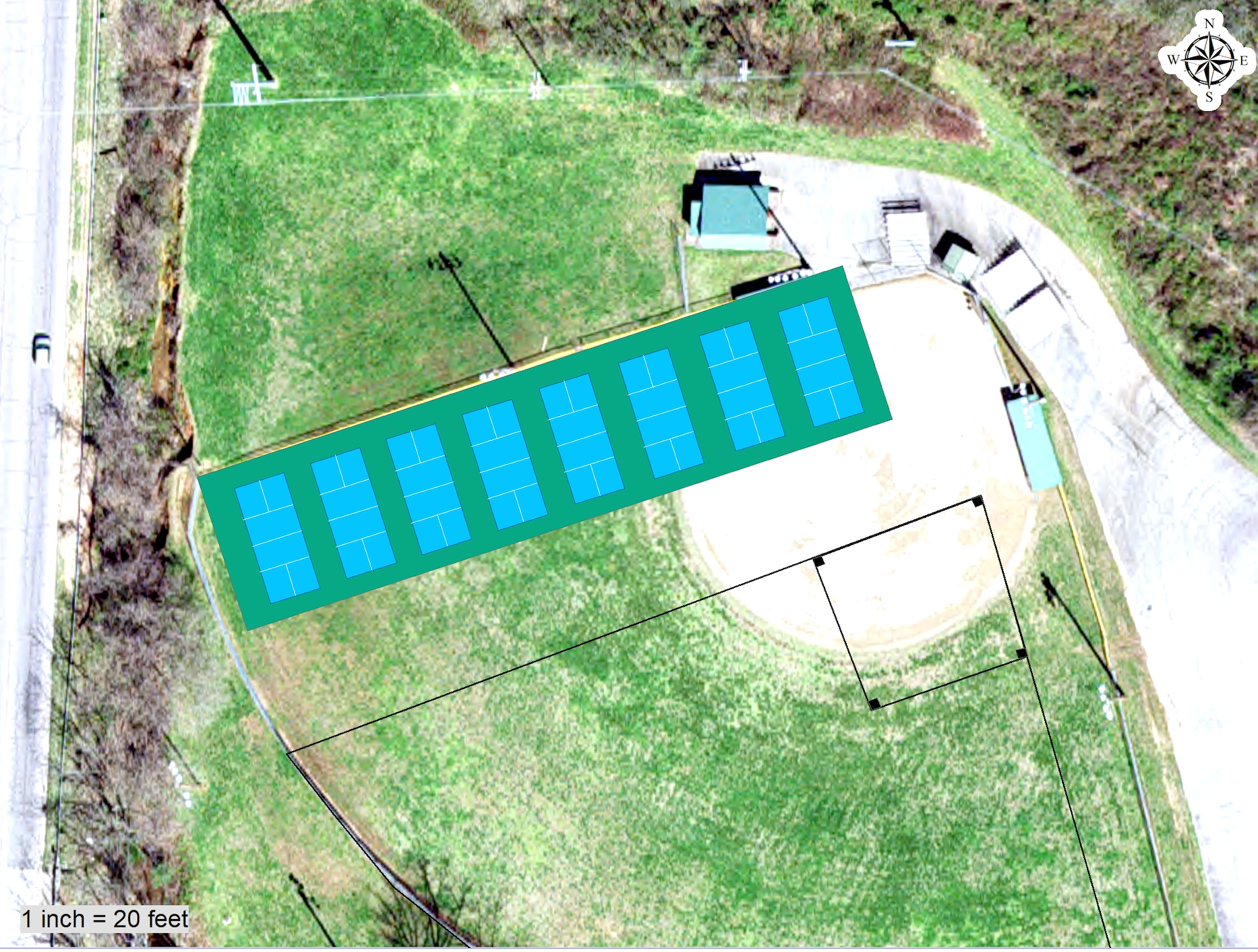 It’s the fastest growing sport in America. Nearly five million people in America play pickleball, and it is gaining popularity across Western North Carolina. Local pickleball enthusiasts might soon have new courts to play on, allowing for continued expansion and growth of the sport.

As it stands, the ball fields located at the Macon County Recreation Park, behind the community building on the Georgia Road, are only used for team practices. While all baseball and softball games, both youth and church league, are played at the county-owned Parker Meadows Recreation Complex, the ball fields at the Macon County recreation park are used for practices. Because those fields are no longer utilized for competition play, Adams proposed using a corner of the field and an existing dugout to construct the new pickleball court.

Adams explained that with the funding already in the department’s budget, the new courts can be constructed and improvements can be made to the existing building by the fields to renovate the building from a concession stand, which is no longer operational, to an ADA accessible bathroom.

New pickleball courts and bathroom facilities in that corner of the recreation park will also fall in line with other renovation and improvement projects completed by the county in the area over the summer, which included completely new playground equipment.

The courts will also bring new life to an area of the park that once saw consistent traffic but now are only used periodically.

Pickleball was invented in 1965 on Bainbridge Island, a short ferry ride from Seattle, Washington. Three dads – Joel Pritchard, Bill Bell, and Barney McCallum — whose kids were bored with their usual summertime activities — are credited for creating game. Pickleball has evolved from original handmade equipment and simple rules into a popular sport throughout the US and Canada.

A pickleball court is the same size as a doubles badminton court and measures 20×44 feet. In pickleball, the same court is used for both singles and doubles play. The net height is 36 inches at the sidelines and 34 inches in the middle. The court is striped similar to a tennis court with right and left service courts and a 7-foot non-volley zone in front of the net (referred to as the “kitchen”). Courts can be constructed specifically for pickleball or they can be converted using existing tennis or badminton courts.

Local pickleball players currently share courts with tennis and basketball, which limits the time they are able to utilize the courts. Having courts dedicated to the sport will open up the times that players are able to access the courts.

The popularity of the sport skyrocketed so much in the Highlands area, the recreation department completely transformed the county-owned tennis courts into pickleball courts, and according to Highlands leaders, the courts are constantly being used.

Commissioners voted to move forward with approving Adams’ recommended location, however, the project has a ways to go before it is completed