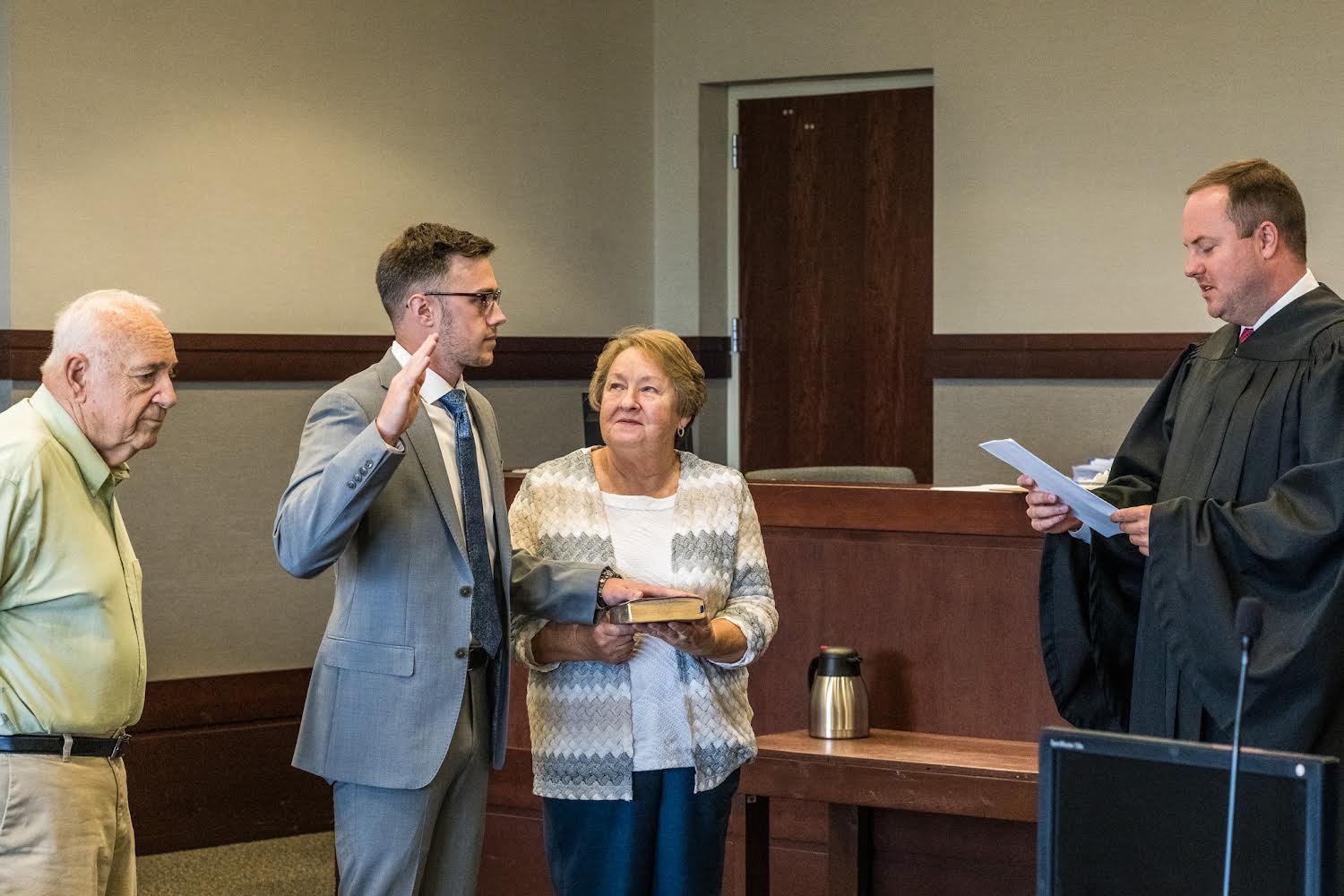 He initially worked in the 43rd Prosecutorial District for District Attorney Ashley Hornsby Welch in 2016 as an investigator. That position was funded through a federal grant targeting domestic violence.
Smith’s mother, Amanda Smith, was a victim in 2010 of domestic violence.

“My birthday present is my job,” he said. “Coming back to the office and to my first work family, where I began my actual working career, is special to me.”
District Court Judge Kaleb Wingate administered the oath of office. Smith’s grandparents, Dottie and Wayne Smith, joined their grandson for the swearing-in ceremony.