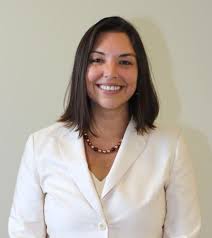 District Attorney Ashley Hornsby Welch has been named prosecuting attorney commissioner for the N.C. Innocence Inquiry Commission.
The state agency is dedicated to investigating wrongful convictions. Welch previously served as a commission alternate. As of Friday (Jan. 1), she becomes one of eight voting members. Outgoing Chief Judge Linda McGee of the N.C. Court of Appeals selected Welch as the prosecuting attorney commissioner.
“I’m honored to be a member of this critical agency, acting as a neutral arbiter on questions of actual innocence,” Welch said. “We must be willing and eager to correct the injustice if someone is wrongly convicted.”
Welch oversees the 43rd Prosecutorial District, made up of the state’s seven westernmost counties. District Attorney Todd Williams of Buncombe County, overseeing the 40th Prosecutorial District, has replaced Welch as alternate prosecuting attorney commissioner.
The N.C. Innocence Inquiry Commission makes decisions on post-conviction claims of innocence, and, since its inception in 2007, the state agency has exonerated 12 people.
The General Assembly has granted the agency powers other institutions lack: Investigators can compel testimony with subpoenas, gather evidence, and have physical evidence tested.
To be considered for review, an applicant must claim innocence of any criminal responsibility for the crime in question, and there must be credible, verifiable evidence of that innocence. Additionally, the claim must not have been previously heard at trial or in a post-conviction hearing.
North Carolina was the first state to establish a neutral, fact-finding government agency to investigate possible wrongful convictions.