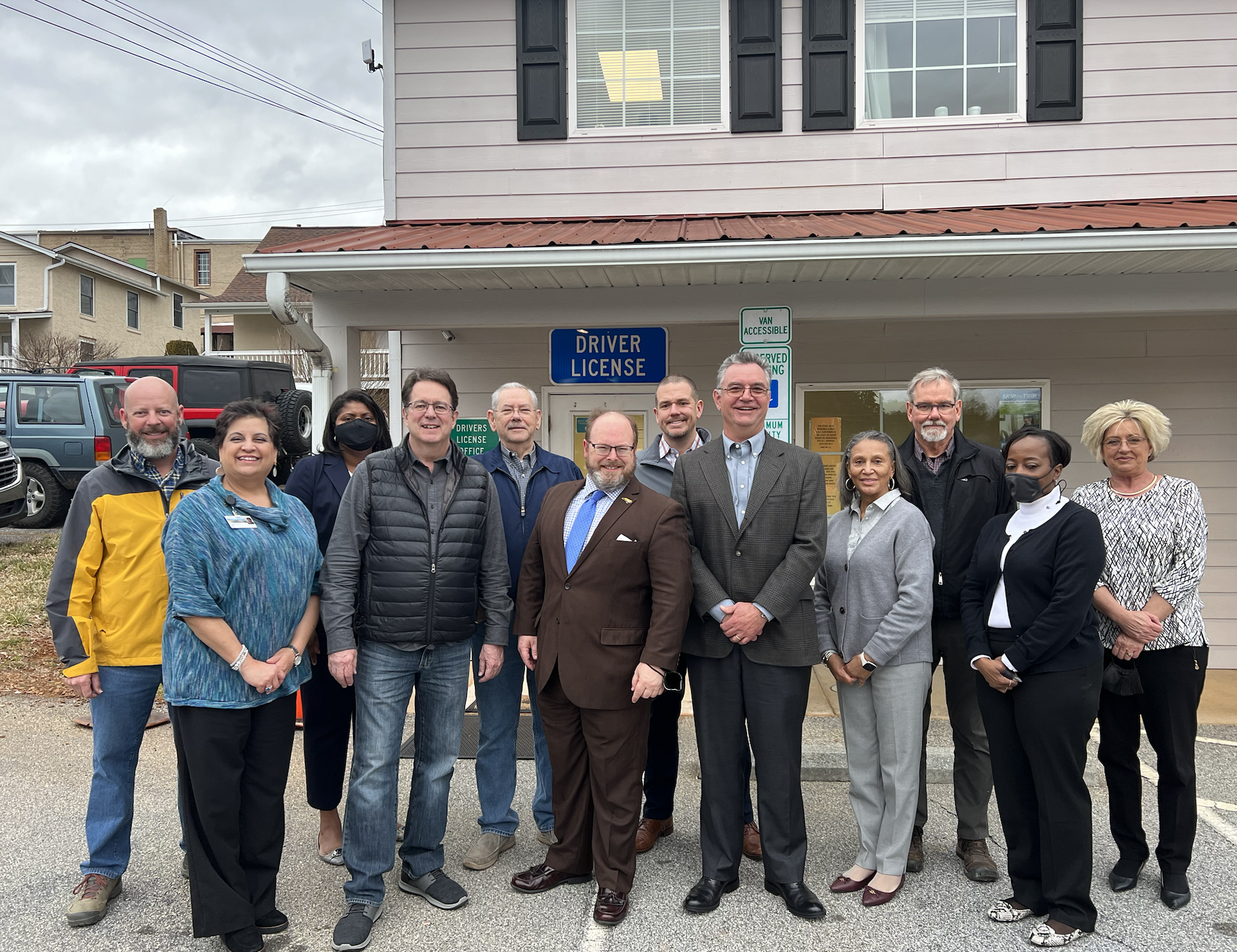 “I believe this is the first time that the DMV Commissioner, let alone his top staff, has visited the offices here in Franklin and Andrews,” said Senator Corbin.

Since taking over as Commissioner on Jan. 18,  Goodwin now oversees the daily operations of the N.C. Division of Motor Vehicles, including vehicle registrations, driver licenses, vehicle safety, and emissions inspections as well as activities to halt vehicle theft and identity fraud.

Before joining the N.C. Department of Transportation, Goodwin worked as president and CEO of Seaboard Strategic Consulting where he provided counsel to insurance entities, businesses, associations, and consumers.

Commissioner Goodwin met with Highlands Mayor Pat Taylor, Macon County Manager Derek Roland, Commission Chair Jim Tate, and Franklin Mayor Jack Horton to hear about issues and concerns about the Franklin DMV operations as well as answer questions on what solutions are in the progress.

With wait times and shortened operating hours being among the top concerns, not just in WNC, but across the state, Goodwin noted that addressing employment shortages would be the first step in addressing issues. Macon County’s driving license office is intended to employ two people, however, they currently have a vacancy, meaning 50% of their workforce is missing. Andrews has three staff, however, with one vacancy, a third of the office’s workforce is missing.

On Monday afternoon, if trying to book an appointment to be seen at the Franklin DMV office, the first available appointment was May 12– 80 days out. A sign hanging in the Franklin office said appointments are typically 45 days out — however with a staff vacancy, that wait time is currently almost double.

Yvonne Cano with NCWorks was on hand to brainstorm how NC DMV can work in conjunction with NCWorks to advertise job openings within the DMV and fill vacancies that cause longer wait times and reduced operating hours.

Prior to traveling to Andrews and Franklin, Goodwin attended a ribbon-cutting for the state’s 117 DMV office in Marshall located in Madison County. Before this, Madison County residents have had to travel into another county for in-person service since the 2019 closure of the Main-Street DMV office. For a short time, there was a part-time office in Madison County, but that also closed during the pandemic. The new office marks the full-time return to service that has been needed for several years.

Sen. Corbin said that creating a part-time office split between Robbinsville and Murphy may be possible and would alleviate much of the capacity and delays being experienced at the Andrews and Franklin offices.

Goodwin, who will be back in WNC later this month, said that meeting with officials and hearing firsthand how he and his team can improve the department and operations for customers is a top priority and something he plans to continue doing.