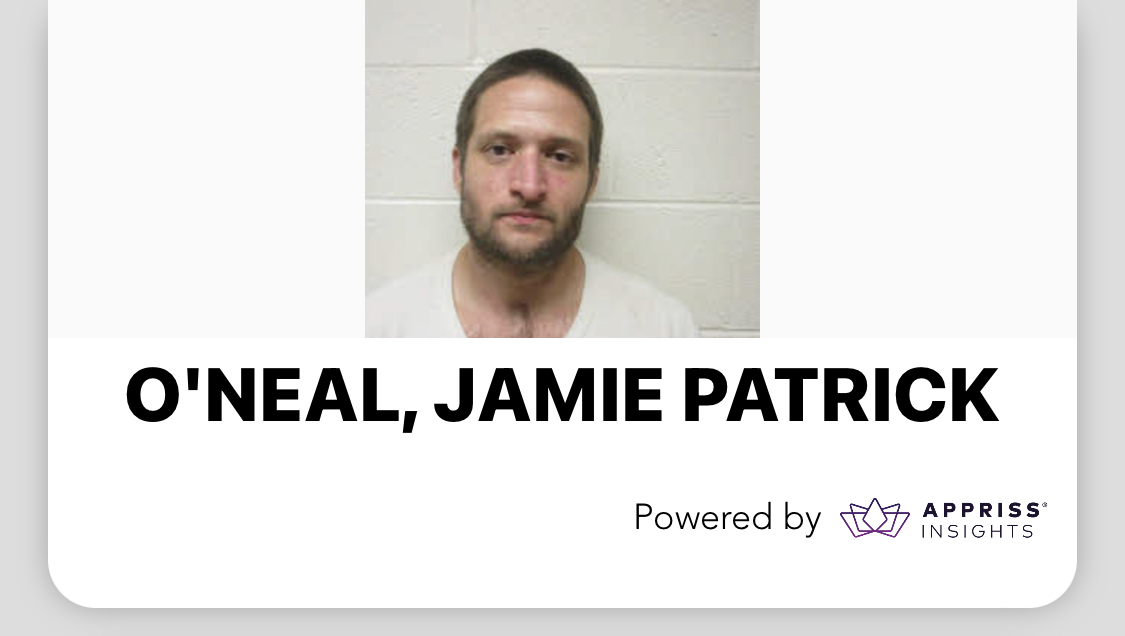 By Brittney Lofthouse on February 1, 2022

On January 29, 2022 Detectives with Macon County Sheriff’s Office/Franklin Police Department Narcotics Unit were conducting surveillance at a residence on South Skeenah Road in reference to complaints about drug activity. While conducting surveillance, Detectives noticed a high number of traffic at the residence they were surveilling. This was a residence of an individual who was known to investigators as a person suspected of selling drugs in Macon County and one they had arrested in recent days. At the request of Detectives, a Macon County K9 unit was called to assist in the investigation.

Detectives were able to observe suspects Jamie O’Neal and Brach Brasier leave the residence in a vehicle. Detectives continued surveillance on the vehicle and followed it to a local restaurant located on the Georgia Road. Once at this location the vehicle stopped and a male subject exited another vehicle that was in the parking lot. That person then approached O’Neal and Brasier. It was at this time that Detectives observed a “hand to hand” transaction between two individuals. Narcotic Detectives immediately approached all three individuals. O’Neal and Murray were identified by the detectives and searched. Both were found to be in possession of narcotics at the time that they were detained. Mr. O’Neal was also found to be in possession of a large amount of cash. All three suspects were detained by detectives and transported to the Macon County Detention Center while detectives gathered evidence and continued their investigation.

Narcotic Detectives sent deputies to the residence of Jamie O’Neal located at 1333 South Skeenah Road in reference to securing the location while detectives applied for a search warrant. Deputies at the residence attempted to make contact with anyone inside the residence without success. Deputies were able to reach a window to look inside the residence and observed a female laying on the floor and unresponsive to their voices. Deputies also observed what appeared to be drug paraphernalia around her. Deputies immediately entered the residence in an effort to render first aid. The female remained unresponsive upon entry and deputies were unable to locate a pulse on the victim. Deputies immediately notified Macon County Dispatch to request EMS and First Responders for immediate medical assistance for a possible overdose.

While first responders were in route, Deputies continued to render aid to the victim which included administering Narcan on at least two occasions. The patient became alert and was further assisted by First Responders who had arrived on scene. Macon County EMS also arrived on scene and assisted and later transported her to a local hospital. Deputies remained on scene and continued to secure the scene. Narcotic Detectives arrived at the location and the search warrant was executed and the scene was processed. During a thorough search of the residence MCSO/FPD Detectives recovered multiple items including approximately 30 grams of methamphetamine, fentanyl and prescription medications.

Sheriff Holland states, “The MCSO and FPD continue to work daily together to build strong cases against those who care nothing about the families and lives they destroy while selling their drugs. As the Sheriff and as Chief, we are fortunate to have dedicated officers who work diligently to do their part to rid these menaces and their poison from our community. Today this victim of a drug dealer is alive by the grace of God and because of these professionals who serve our community. There is no telling when her body would have been discovered inside that residence. Our hope is that she will seek the help she desperately needs because without her willing to seek that help it’s just a matter of time before she becomes the latest statistic in overdose deaths in our county, state and country.”

The investigations will remain ongoing and additional arrests will be forthcoming.

Charges for the following individuals include: