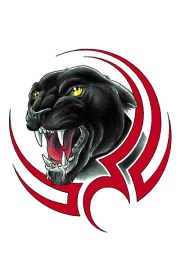 FHS winter sports have history making seasons for the Panthers

Franklin Panther Athletics have had such a tremendous winter season I am hesitant to begin highlighting their accomplishments because I am afraid I will miss something, but they also deserve the recognition, so here we go!

The 2021-22 Franklin High School Varsity Boy’s basketball team solidified their place in Panther History after bringing home the team’s first conference championship in over a decade.

With an 89-58 win over North Henderson in the Panther Den Friday, January 27, the basketball team not only won the Mountain 7 Conference Championship, the first win in 21 years, they did so after going undefeated in regular season play… securing their spot as champs before the season even ended.

The Panthers crushed their opponents, with a 28.7 average lead per game for the season. The closest game of the season was an away game that ended with the Panthers by four points against West Henderson.

The Panthers finished out the regular season 12-0, and secured a first round by for the the conference tournament. Their first conference game is scheduled to tip off at 5:30 at Pisgah High School. The Panthers will face off against whoever wins the first round game for the Mountain 7 Conference.

The Lady Panther’s first win of the season came against East Henderson in December where they won 68-9 at home. Their conference win streak continued until falling 38-35 at an away game against North Hendersonville on January 4. The Lady Panthers went on to defeat conference rivals the Smoky Mountain Mustangs 45-43 in the first match up of the season before being handed their second and last loss so far this season against the West Henderson Falcons in a 53-45 away game.

“I am so proud of these girls and all of the hard work they put in,” said FHS Girls Varsity Coach Scott Harbarger. “They had some big wins — not only did we beat conference rivals Pisgah at home, but we beat them on the road too. Anytime you can go somewhere like Pisgah or Smoky Mountain and face off against rivals and come out with a victory is something to be proud of.”

Coach Hartbarger said the girls have a by for the first round of the Conference Tournament and will join the boys at Pisgah on Tuesday, Feb 15 for the semi-finals. Games are scheduled to start at 5:30 p.m. and will be broadcast by the Franklin Panther Sports Network.

The Franklin High School Junior Varsity girl’s basketball team finished their season last week with a 49-19 win over West Henderson. The JV team went undefeated for the season beating their opponents by an average of 21.6 points. All of their victories came in double digits with the exception of the team’s wins against conference rivals Pisgah High, which came down to the wire with 5 point wins.

“Twelve amazing girls working for ONE GOAL–one goal in making JV PANTHER GIRLS BASKETBALL SUCCESSFUL,” said JV girls basketball coach Bekah Brooks. “This group is very much about the team over self! Yes WINNING is GREAT and FUN but being apart of an UNSELFISH bunch of kids has made this season one to remember! I am super proud of them no matter the outcome of the Conference Tournament! I hope they can carry all these attributes into other areas of their lives!”

The Franklin High School Swim team had an incredible season with several team members setting school records last week at the regional competition. Luke Bergman set the school record in the 100 fly along with Hunter Cabe setting the 200m record and the boys medley relay pushing through to break the school record.

The swim team is currently competing in the State Swim in Cary, North Carolina. The state diving meet ws held Thursday and the esults are in for the 1 meter dive and Traveler Shaw placed 5th and Kyler Cochran placed 8th.

For the first time in Franklin High School history, an all female wrestling team competed in the 3rd Annual Girls Wrestling Invitational hosted by the N.C. High School Athletic Association and the North Carolina Chapter of USA Wrestling wrapped up on Saturday morning at the Greensboro Coliseum Fieldhouse.

“Congratulations to the Lady Panther Wrestling Team for an INCREDIBLE inaugural season. These Ladies made history as the first lady wrestlers to compete in Varsity Girls Wrestling at Franklin High School and did so with class, perseverance and determination rivaled by none,” said Coach Kyle Barrington. “This past weekend they again made history as the first ladies to represent Franklin High School at the Women’s State Invitational and did so with a great deal of success. Knowing the mindset of these ladies in our wrestling room, I know they won’t be satisfied and will keep pushing themselves to get better and better.   It is that mentality that will drive them to grow themselves and the sport moving forward. Thank you for the opportunity to coach such a wonderful group of young ladies this year.  I’m beyond proud of you!”

The girls team have worked hard all season, qualifying for state playoffs in their first year.

Renae Younce and freshman Charley Seagle will be battling for points with only 9 other ladies in the shot put.

Olivia Owle will be joining Isabelle in the high jump as well as Luis Torres on the men’s side.

Sophomore and first year track athlete Boston Stringer will be in pole vault as well as Blake Cassada who is ranked 5th in the men’s event.

The Franklin High School Cheerleading team competed at the North Carolina Cheer State Competition over the weekend and brought home a second place win for the Panthers. The team will now be heading to National to compete.