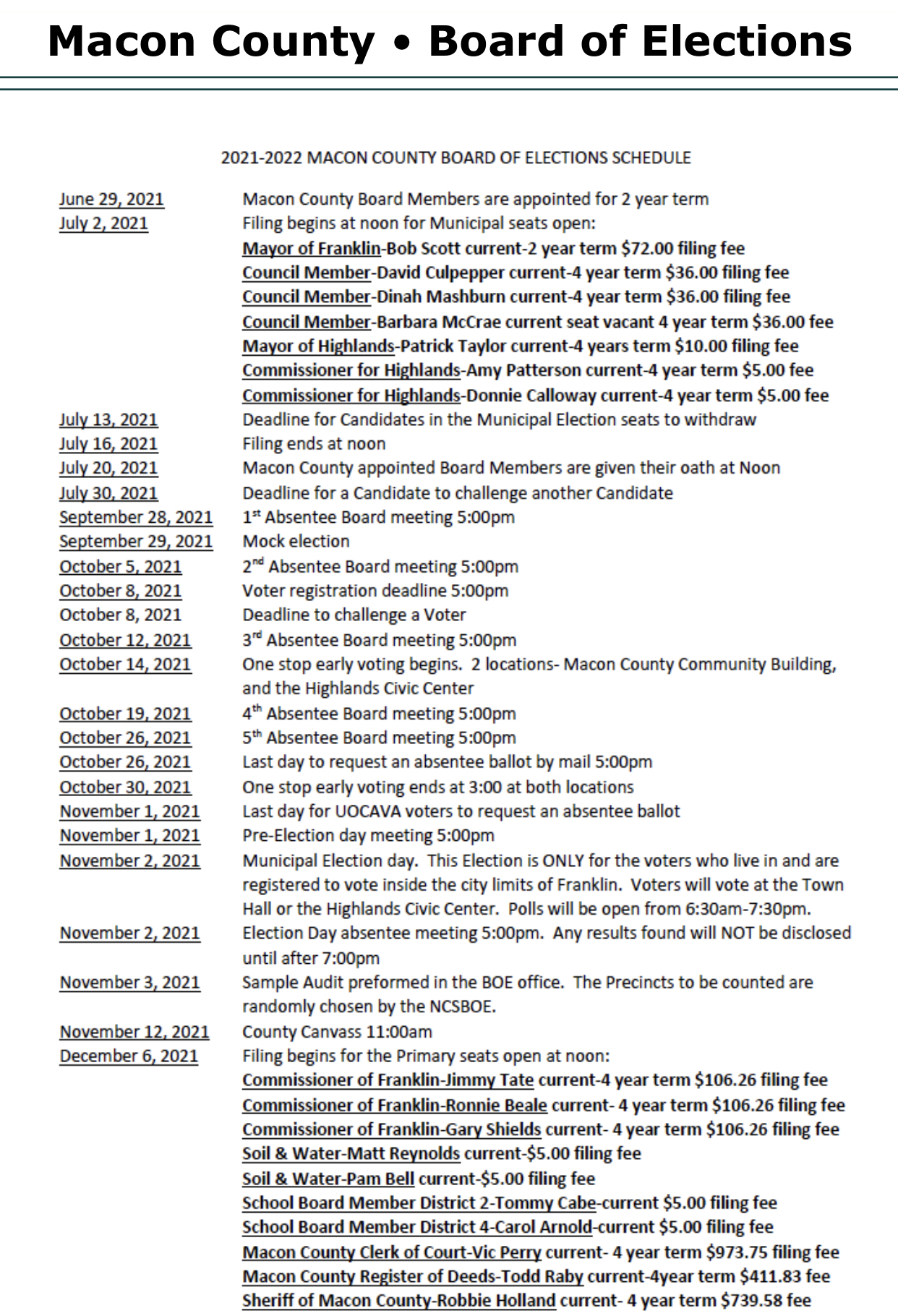 Municipal elections across North Carolina are currently held during odd number years, placing the next election for cities and towns across the state slated for this Fall.

During odd-numbered years (so as to alternate with statewide general elections) most Municipal Elections are held to elect the governing officials (Mayor, City Council, Town Council, etc.) of cities, villages and towns across North Carolina. Not all municipalities will have an election in a given odd-numbered year. A few municipalities elect their officials in even-numbered years. Although Municipal Elections are conducted by county boards of election, only residents of the municipality are qualified to vote in the election. These voters must have resided in the municipality for at least 30 days prior to the date of the election.

While there is legislation pending that could impact some cities and towns this year due to delays in the census, towns in Western North Carolina are not impacted and will be held.

According to Macon County Board of Elections Director Melanie Thibault, filing for the 2021 Municipal Election will begin at noon on July 3rd-July 16th at noon.

“Counties not affected by the census data will hold their Municipal Elections as planned, said Thibault.

Elected seats up for re-election in Macon County include the Franklin Mayor and three council member seats currently held by David Culpepper and Dinah Mashburn, and the recently vacant seat of the late Barbara McCrae.  Seats up for election in Highlands are  the Mayor seat and two Commissioner seats currently held by Amy Patterson and Donnie Calloway.

Early voting for the 2021 municipal election is scheduled to begin on October 14 and will run through October October 30. Early voting locations will be held at the Macon County Recreation Building on the Georgia Road and the Highlands Civic Center. The 2021 Election Day is scheduled for November 2 and will take place at Town Hall on Franklin and the Civic Center in Highlands.