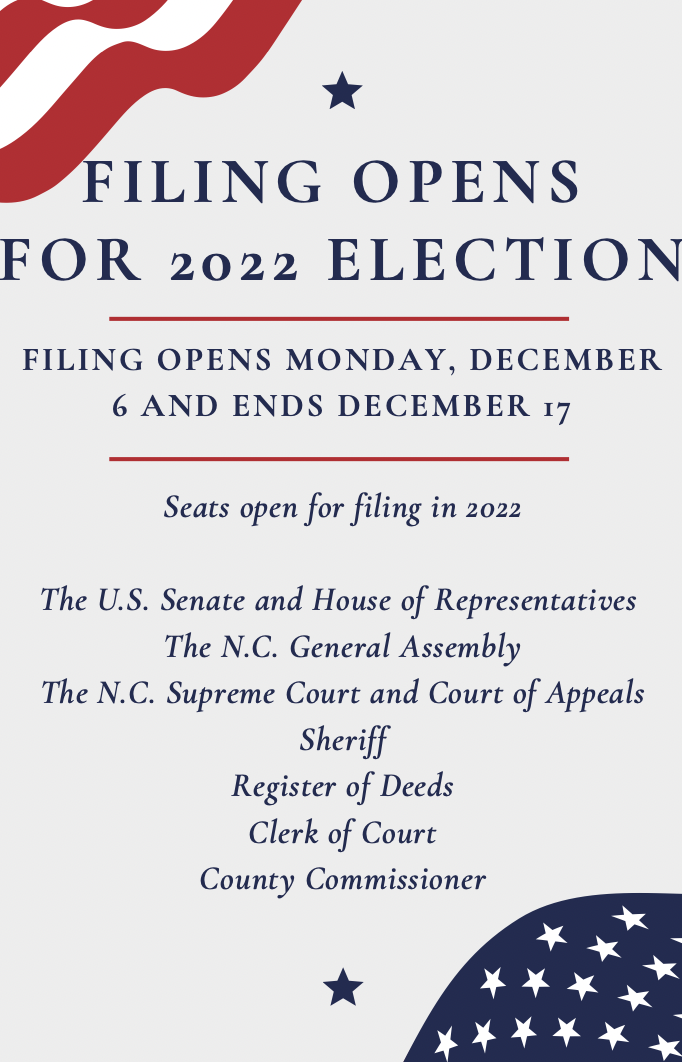 While campaign signs have been spotted on the roadsides for months, filing for the 2022 elections does not officially open until December 6 and will run though December 17.

While several of the seats up for election will appear on the March Primary ballot, filing for seats such as commissioner will open on December 6 and will not appear on the ballot until November.

Each candidate that wins in each contest on their party’s ballot will become a nominee. The nominee will appear on the ballot in the general election contest. To become the party’s nominee, the candidate must win by at least 30 percent of the vote plus one. If no candidate reaches the total necessary to become the nominee in a contest on the ballot, a second primary may be held on April 26 or May 17. The date will depend on whether a federal office is involved. Voters can revisit this page after the primary to confirm a second primary.

Statewide races on the primary ballot include:

The U.S. Senate and House of Representatives

The N.C. Supreme Court and Court of Appeals

Local races on the primary ballot include:

School Board: Filing begins noon July 25 and goes until August 13