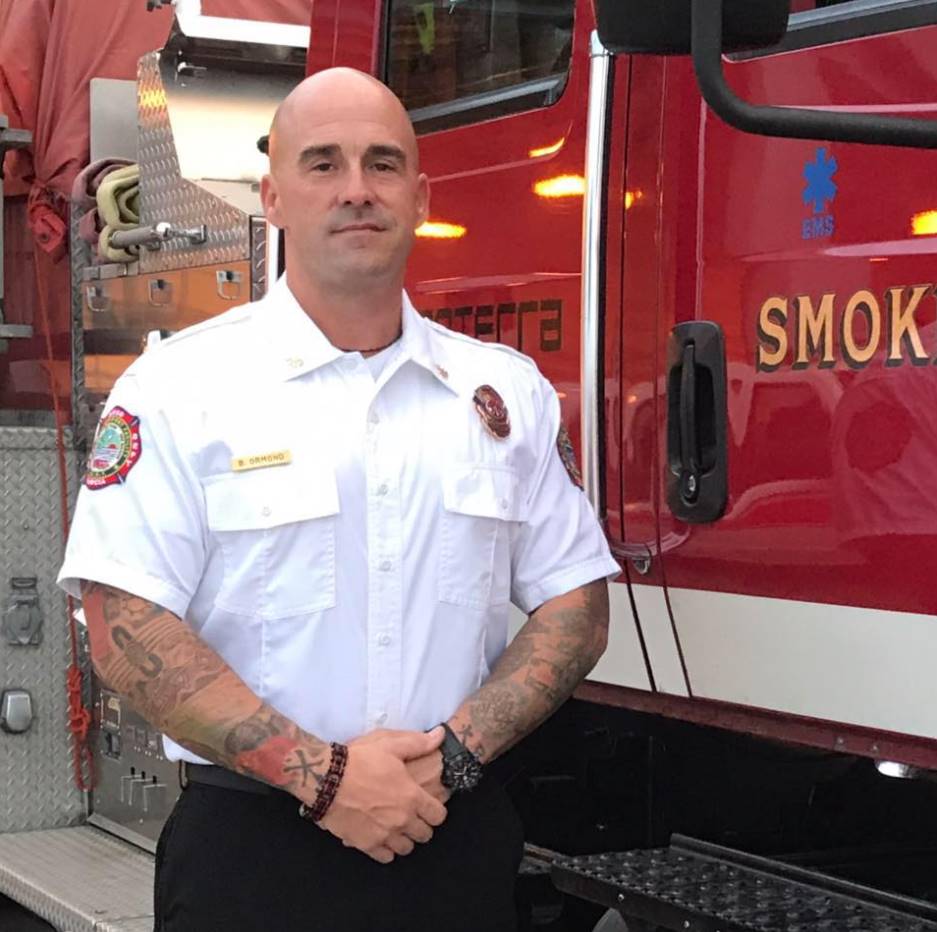 The Town of Franklin is pleased to announce the hiring of its newest Fire Chief, Benjamin Ormond. Ormond began his career in eastern North Carolina with the Pactolus volunteer Fire Department in Pitt County. As a second-generation firefighter, he transitioned to municipal firefighting with the City of Greenville where he also worked as a paramedic and was a founding member of the NC Task Force 10 USAR Team. For the last 16 years of his career, his work has spanned the globe with various contract firefighting jobs in locations like Iraq, an international airport and an industrial facility in the US, and Diego Garcia located in the British Indian Ocean Territory where he served as Fire Chief for the US Naval Support Facility.

“I have been blessed with a wonderful career that has allowed me to travel the world, and now I am excited to return home to North Carolina. lt is my true honor to be selected as the Town of Franklin’s next fire chief,” said Chief Ormond. “Franklin Fire and Rescue has a rich history in delivering high quality service to the community for over 1OO years. I look forward to being a part of this outstanding department and the town’s leadership team.”
Ormond has a Masters in Emergency Services Management and a Bachelors in Fire Science. He is also certified as a fire officer lV, fire instructor lll, fire inspector ll, and many other fire rescue related specialties. Most recently he obtained his credentials as a Chief Fire Officer (CFO) and member of the institution of Fire Engineers (MlFireE).

Many well-qualified applicants showed interest in the position, both locally and from afar,” Town Manager Summer Woodard said. “After careful consideration of the merits each applicant brought to the position and the needs of the fire department, Ormond was chosen to take on the role and to lead the department forward.”

Chief Ormond’s first day at Franklin Fire Department will be on January 4, 2021.