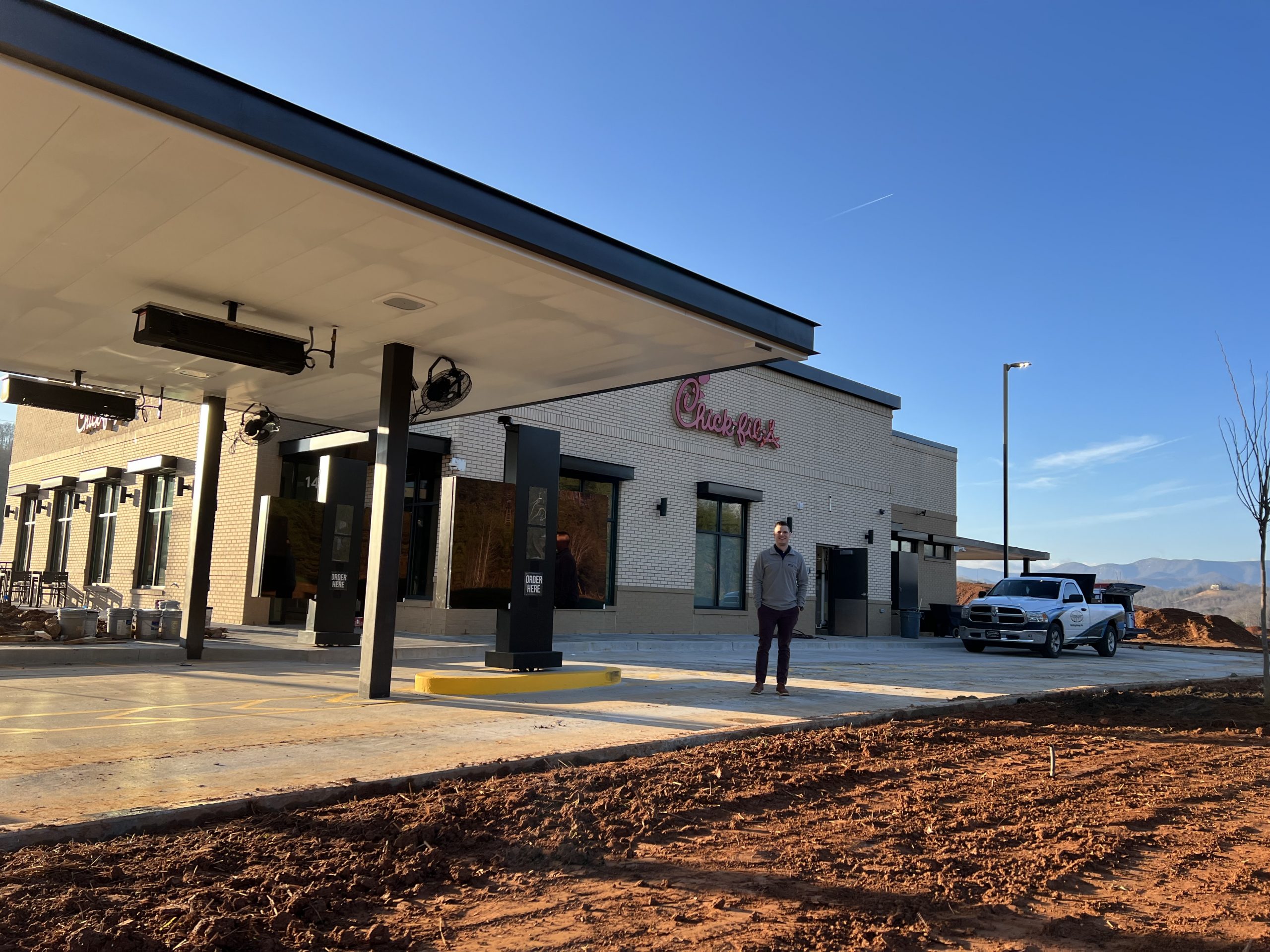 By Brittney Lofthouse on January 5, 2022

Three weeks ahead of schedule, the doors to the new Chick-Fil-A in Franklin are set to open on January 13 at 6:30 a.m.

Caleb Peters has worked for the Chick-Fil-A brand since he was 14 years old. He started as a team member and worked his way up the ladder until finally becoming the owner of the Franklin location.

Citing the company’s commitment to success and unwavering values, Peters said building a career within the Chick-Fil-A corporation was an easy decision.

“The company has entire teams dedicated to helping individual restaurant owners succeed and to ensuring positive customer experiences,” said Peters. “They provide incredible support and guidance within the brand, while also encouraging and supporting you as an individual owner.” 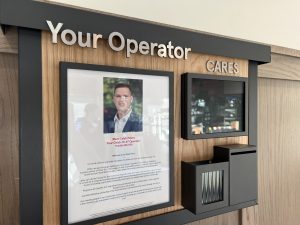 Peters and his family moved to Macon County to serve as the owners of Franklin’s Chick-Fil-A restaurant, which is located at the base of Dowdle Mountain Road. They live in the Cartoogechaye Community and said that their commitment to Macon County goes beyond business owners.

“This is now our home,” he said. “We are touring my daughter’s daycare this week and are excited to explore the area. While Chick-Fil-A is a national brand, each individual store is very much individually owned. This is my family’s business, this is now our home. We are in this for the long haul.” 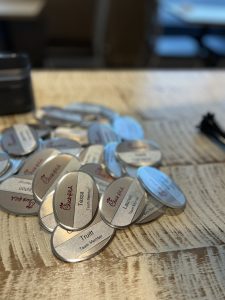 food franchises. While other fast food restaurants have one person who can own dozens of restaurants, Chick-Fil-A is individual, where the owner lives and works in the community.

“Even though I am the owner, I will very much be here day-to-day,”  he said while sitting in the dinning room, which is slated to open on January 13. “If there is something wrong, I can’t fix it if I am not here to see the problem myself. I may not be working the fryer every day, but I want to be here and ensure our customers are happy and that we are successful.”

Chick-Fil-A received an influx of over 300 applications for the new store and currently have just over 90 employees ready to begin training in the 5,000 square foot facility this week. Peters said that they expect there to be some attrition, in his experience managing other stores, he said that is likely to be about 10 to 15 percent, after the store opens, however he is confident the store has additional applicants to fill those expected vacancies. 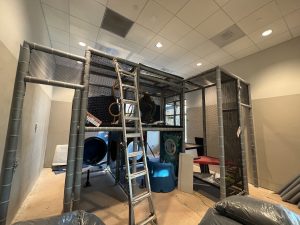 One of the most highly anticipated aspects of the new restaurant, aside from the restaurant itself, is the indoor playground. With the flooring scheduled to be completed today, Peters said the playground may need some finishing touches before it is open to the public, but the goal is for both the playground and the inside dinning room to be open fully to the public in conduction its the grand opening.

“We knew coming into this that the community really wanted to see an indoor play place,” said Peters. “Corporate ultimately left it up to me whether or not I wanted to keep it, and with a 3-year-old myself, it was definently something we wanted to prioritize for the community.”

“We also have about 30 team members from other stores who will be here to ensure everything runs smoothly,” said Peters. 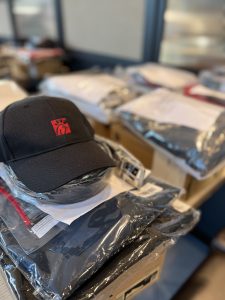 is a concern for the first few days and that he is working with Peters and the Franklin Police Department to ensure things operate smoothly and safely.

Peters said they have entire team members dedicated to the traffic flow and will have a mile signage to help patrons. The restaurant’s drive thru has capacity to hold 40 cars, with wrap around parking and an entrance on Siler Road.

Chick-Fil-A is the first in a series of new businesses that will be erected within the development. Additional businesses that are set to follow include a Starbucks, an Aldis Grocery and an Aspen Dental.