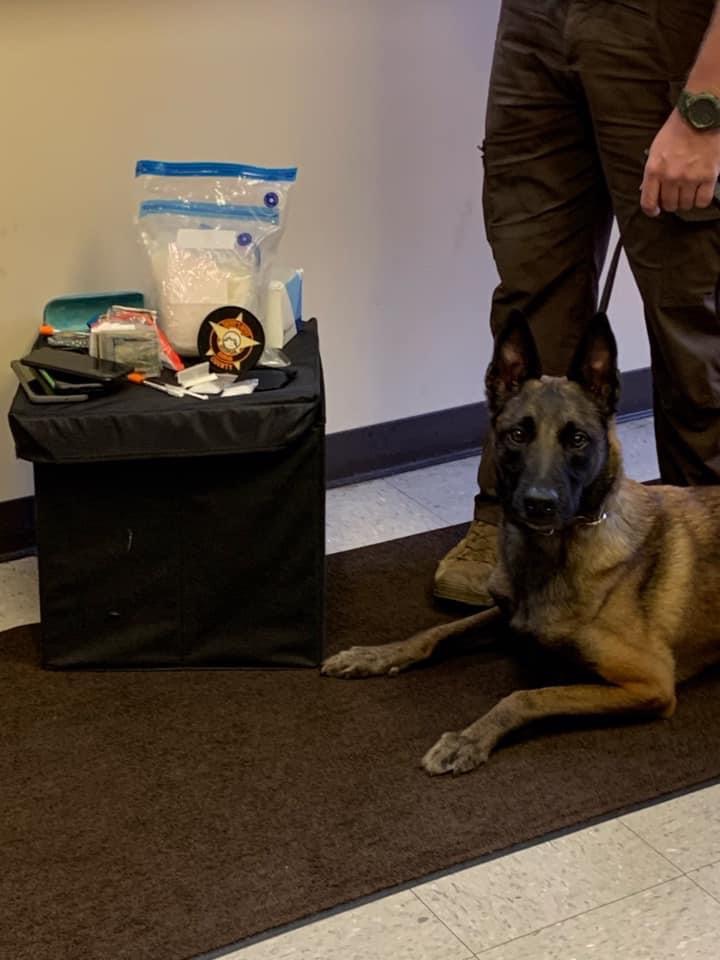 Earlier this week on May 19, a Deputy with the Rabun County Sheriff’s Office conducted a traffic stop after observing a traffic violation. During the stop, criminal indicators were observed at which point sheriff’s office K-9 Doug was deployed. K-9 Doug gave a positive alert, indicting the presence of illegal narcotics.

A probable cause search was conducted of the vehicle, which revealed over two lbs of Methamphetamine and other drug related objects.

Curtis Earl Guest and Nicole Michelle Shawger, both of Franklin, NC, were arrested for Trafficking of Methamphetamine and transported to the Rabun County Detention Center for booking.