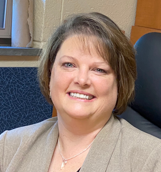 After months of interviews and applications, the Franklin Town Council unanimously voted to appoint Amanda (Amie) Owens as the next Town Manager. Owens will be filling the vacancy left by Summer Woodard, who resigned to take a new position with the Town of Reidsville.

Most recently, Owens served as the Assistant Town Manager for Altavista, Virginia, a position she earned in 2020. However, prior to that, Owens served in several capacities in Haywood County working for the Town of Waynesville.

Owens began her tenure in local government in 2012 as an Executive Assistant/Deputy Clerk for Haywood County. In 2014 she was hired by the Town of Waynesville to serve as the Town Clerk. Owens then briefly served as the Administrative Services Director for Waynesville before being hired as the Assistant Town Manager in 2016, where she worked until moving to Virginia.

During her tenure, she managed the day-to-day operation of the manager’s office, served as human relations and IT director, and public information officer.

A Pisgah High School graduate, Owens attended Asheville-Buncombe Technical Community College and then Montreat College before spending 17 years in the healthcare industry. Owens graduated from Montreat College with a Bachelor’s Degree – Business Administration and then went on to graduate from Western Carolina University with her Master’s Degree – Public Affairs. She is a certified professional by the Society for Human Resources Management (SHRM) and a member of the International City/County Management Association.

Franklin Mayor Bob Scott stated that he is working to set up a meeting with local media outlets to formally meet Owens for an interview. Owens is scheduled to begin work for the Town of Franklin next week.