Despite hurricane rain blowing into Macon County on Friday, members of the community filled the auditorium at Franklin High School to honor the men and women who have served our country for the town of Franklin’s Veteran’s Day Celebration.

Macon County Commissioner and event organizer Gary Shields opened the event, which was moved from downtown Franklin to the high school due to the weather, with a warm welcome that was followed by patriotic music by The White Sisters.

LTC Tyler graduated from Franklin High School in 1996 and entered the United States Military Academy. He graduated from West Point with the Class of 2000 with a BS in Civil Engineering, with a field of study in American History. 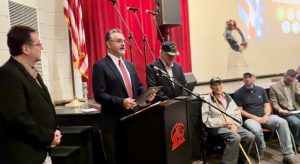 LTC Tyler was deployed to Kuwait from 2001-2002 and again on two separate deployments, 2004-2005; 2006-2007 for the Iraq War. He fought in the Second Battle of Fallujah in November of 2004 as a member of the Seventh Cavalry Regiment (2-7 CAV). He was the Battalion Fire Support Officer during the Second Battle of Fallujah. before returning stateside.

Once home, LTC Coley attended Indiana University from 2008-2009 where he obtained his Master’s in Kinesiology. He went on to work as an USMA Physical Education Instructor from 2009-2012. LTC Tyler served in many capacities during his career as an Artillery Officer in the First Cavalry Division, Physical Education Instructor at the United States Military Academy, Space Operations Officer in Korea, and Space Integration Officer to the Maneuver Center of Excellence at Fort Benning, GA. LTC Tyler continued his military career until 2020 when he retired as a Lieutenant Colonel.

After retiring from the military, LTC Tyler began at TekTone as a Project & Technical Support 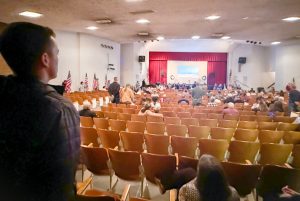 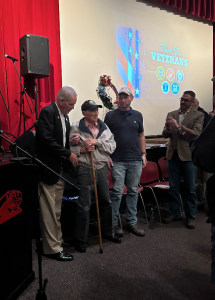 Welch was born in Burningtown in 1924 in a two room house with no electricity, no running water, and an outhouse shared by the whole family.

Welch’s dad operated a blacksmith shop across from their home in Burningtown, which was built with rood from the old Burningtown Baptist Church. Welch attended school in a little two-room schoolhouse that included grades 1-7.

Welch’s dad furnished the wood for the school fireplaces, which meant Welch’s mornings started extra early so he could be the first to the school to get it warmed up in the colder months.

Welch remembers the trip “to town” taking all day by horse and wagon — all the roads were dirt until the 30s when they finally put gravel down.

One of the first jobs Welch had was doing a little plowing for Ernest Higgins and picking green beans for 25 cents a bushel. By the time he turned he turned 14, Welch was working in Georgia at a saw mill— since he was only 14 or 15 years old, he lied about his age to get a social security card. Once he got the social security card, he joined the Civilian Conservation Corps and worked cleaning brush in Otto. He earned around $30 a month, but only got to keep $5 as he sent the rest home to his family.

When Welch was ready to leave North Carolina, he took a train out of Otto and headed to Fort McPherson, Ga where he waited for a transfer to the state of Washington. He worked for the C.C.C. in Washington for almost two years and went to trade school to learn how to weld. He was discharged from the C.C.C. shortly after learning to weld and then got a job at a ship yard. Welch was 17 years old and was working at the shipyard on December 7, 1941 when the Japanese attacked.

“I had to join the Navy in 1944,” Welch wrote. “I was in the North Pacific seas heading back to Seattle Washington when they dropped the bomb.”

While in the Navy, Welch served on a Merchant Marine Ship as a Gunner — after leaving the military, he learned that he actually helped to build that ship a few years prior to the war when he was working in the shipyard.

Welch served in the Navy during World War II until 1946 when he was discharged. Welch tried to return to Franklin after the war, but with little work available, he headed to Michigan to work in Detroit on the assembly lines.

Welch got a job with General Motors and worked for them for the next 35 years. His starting pay at GM was $1.25 per hour. He got married and had two children while in Michigan.

Welch returned home to Franklin a few years ago and spends his days as a proud family man and one of the last surviving members of the Greatest Generation.