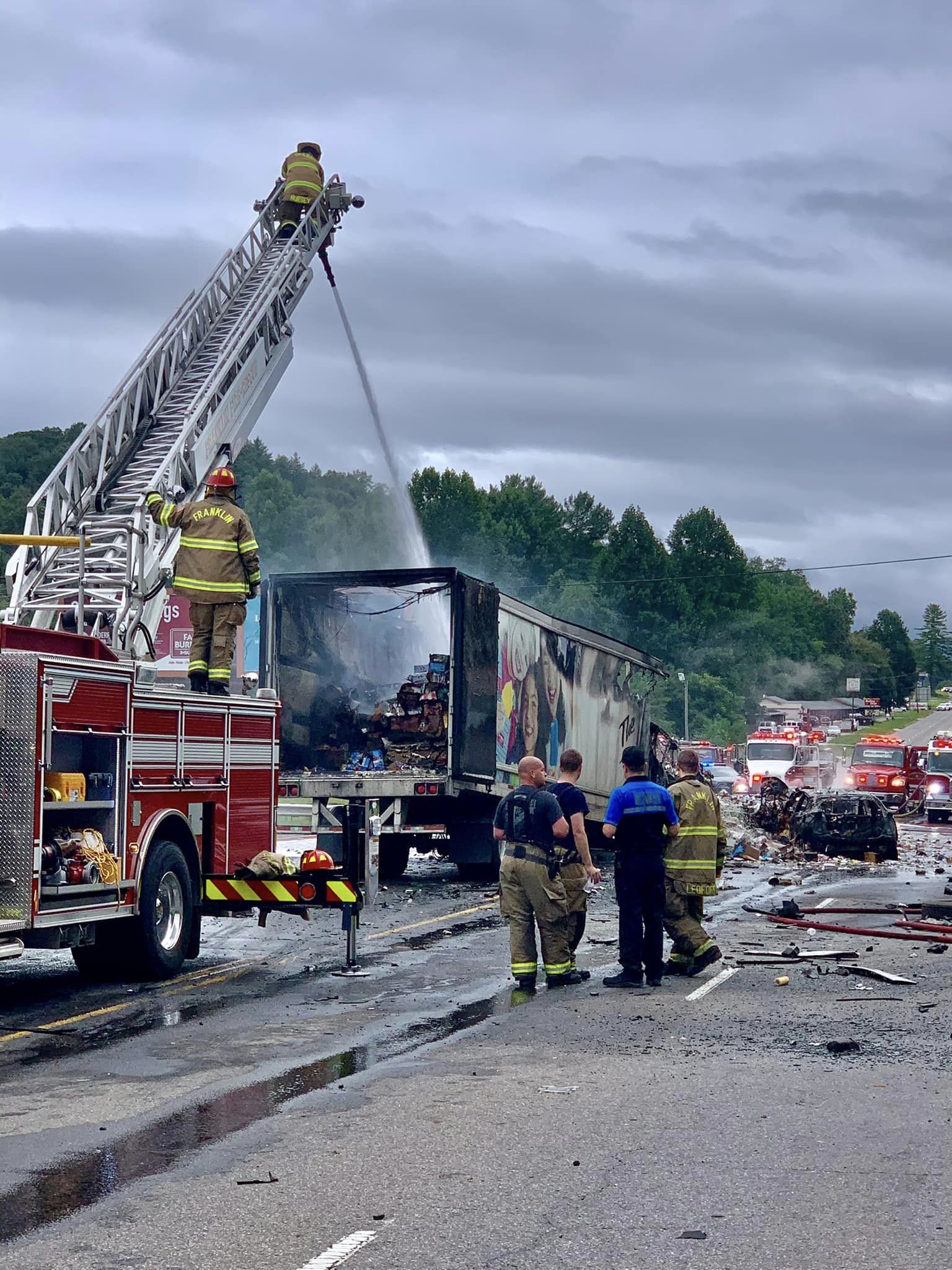 The Georgia Road in Macon County was shut down on Saturday afternoon when a tractor-trailer exploded after a head-on collision.

According to North Carolina Highway Patrol Trooper Rohn W. Silvers, emergency personnel were dispatched to a three-car crash on US23 (Georgia Road) just before 5 p.m. on September 10. The NCSHP investigation found a ford Explorer driven by 28-year-old Ricardo Mendoza, of Franklin, traveled left of center and entered into the southbound travel lane. Mendoza collided head-on with an Ingles tractor-trailer, despite the driver of the tractor-trailer attempting to swerve into the turn lane to avoid a collision.

After the accident, the explorer continued to travel across both lanes of travel and came to a rest on the shoulder of US23 after impact. A Toyota passenger car was also traveling south on US23 and attempted to avoid the collision, however, he struck the right side of the tractor-trailer.

Due to the impact, both the tractor-trailer and the Toyota Passenger car caught on fire. The driver and passenger of the Ford Explorer were transported for non life-threatening injuries and released from the hospital.

The driver of the Toyota was also transported and released, however, upon release, Mendoza was charged with careless and reckless driving. According to the NCSHP, Mendoza was suspected of being under the influence of an impairing substance. Results from tests done as part of the investigation will ultimately determine if additional charges will be filed.

**If you find value in the work of The Southern Scoop News and want to see it continue, please consider a small donation to our online Patreon account. As of today, 21 individuals contribute monthly for a total of $127 which helps to ensure we continue providing you with these types of updates. The Southern Scoop News is unable to operate without your support. To donate, click here.