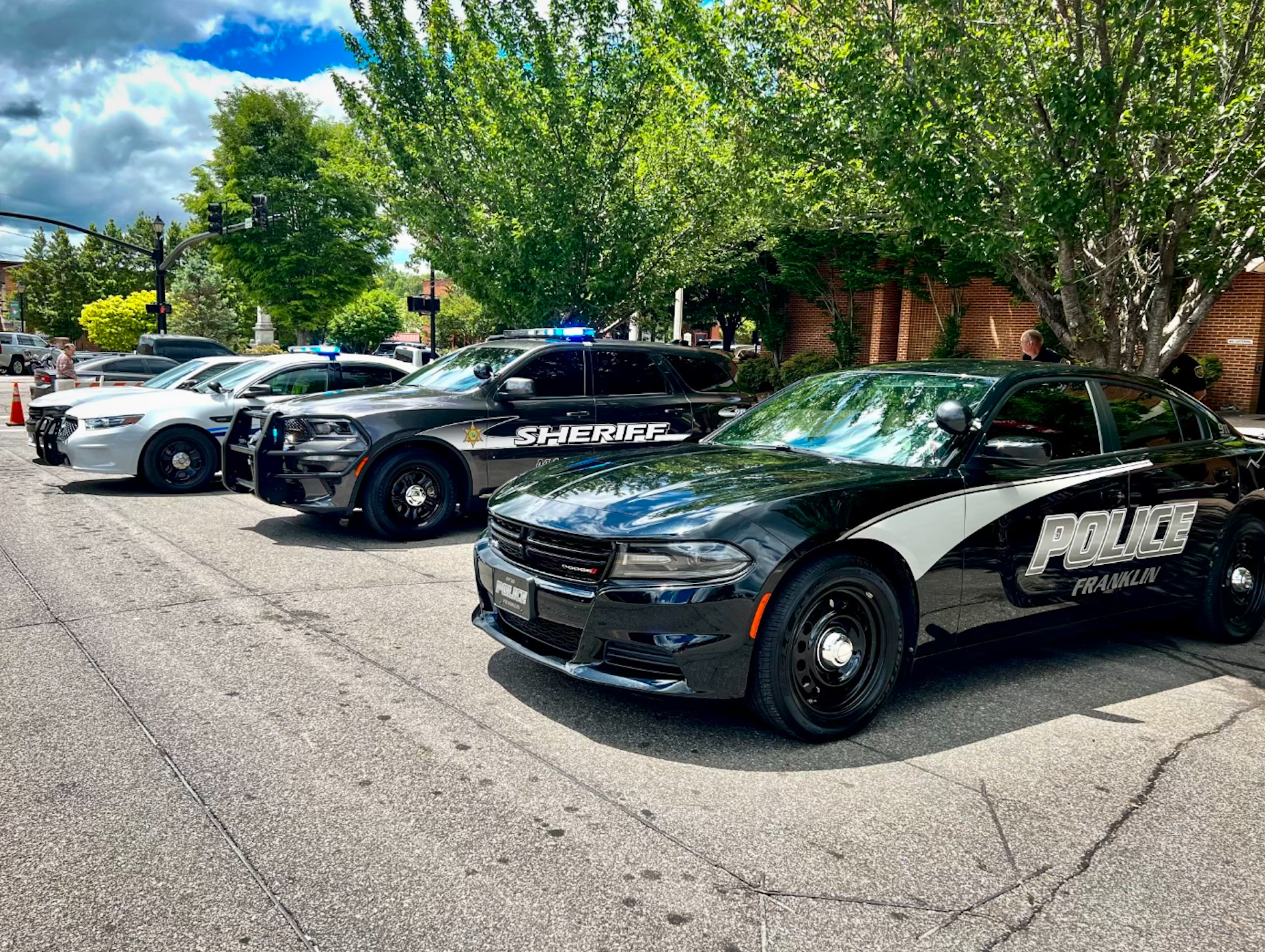 “We had two recruits that were supposed to start BLET this week, but because SCC couldn’t fill the class with at least 10 students, they have pushed off the starting until September,” said Chief Harrell.

Macon County Sheriff Robert Holland said his agency also expected to have two new recruits after completing BLET, which he had hoped would help address staffing shortages within his agency. As of this week, Sheriff Holland said he has 10 vacancies.

SCC noted that the course was two students shy of the required 10, which they hope will be ready to begin in September.

“Curtis Dowdle and our Public Safety Training Center team work with area law enforcement agencies year-round to identify recruits for our Basic Law Enforcement Training Academy,” said Tyler Goode, Director of Public Relations for SCC. “We were two recruits shy of the minimum 10 students required to start a class, so – after collaborating with those same agencies – we decided to push the start date back to September in order to enroll a few more recruits.”

SCC, which has seen a decline in enrollment numbers in the BLET program over the last few sessions, said they recognize the importance of holding the courses to ensure proper staffing for local agencies.

“We try to avoid canceling BLET academies because we know how much our local agencies depend on us to provide well-trained professionals, and we are hopeful we’ll be able to resume training with a full class in September,” said Goode.

According to data provided by Harrell this week from the NCT&S database, in 2020 there were 2,255 enrolled in BLET. In 2021, there were only 550. There were also 1,000 less law enforcement certifications issued in the state in 2021 compared to the previous year.

At the same time that fewer individuals are enrolling in BLET and fewer certifications are being issued, the state also reported that the ratio of new officers compared to those who retired or resigned increased. In 2020, there were 353 more officers to retire than BLET produced and in 2021 that number nearly doubled to 666 more officers returning or resigning compared to officers coming out of BLET.

On average, more officers retire than are produced through BLET in NC. From 2016 to 2020, the state average 257 more officers retiring or resigning than new officers coming out of BLET, however in 2021, that number shot up to 666 exacerbating an already existing staffing issue within law enforcement.

Law enforcement staffing shortages in Macon County is part of a larger national trend. A 2019 nationwide survey of over 400 police agencies conducted by the Police Executive Research Forum, reported that 63% of police agency executives advised that the number of police applicants decreased over the previous five years.

“Law enforcement is embroiled in probably the most difficult time in American history,” Chief Harrell wrote in a letter to the Franklin Town Council. “Approximately 2 plus years of societal and media vilification for a very small number of horrific, gross, and unacceptable incidents has left an incredible mark on our reputation. We no longer enjoy the same quality reputation we once did, and all of law enforcement and the communities we serve are paying an irrefutable price for a few.”

The Franklin Police Department is authorized for 17 sworn positions and according to Harrell the department currently has 6 vacancies (35%) and is anticipating potentially more in the near future. FPD has recently had several retirements of long-term officers as well as some resignations, resulting in the current staff deficiencies. As a way to entice new recruits, Chief Harrell asked the town to consider looking at pay incentives to make the FPD more competitive with surrounding agencies.

“We have had several potential BLET Academy candidates and other sworn officers make inquiries about wanting to work with us, but when they hear of the pay, they have quickly rerouted their interests to better-paying departments, with better incentives and bonuses,” said Harrell. “I am convinced that if we raise the bar/pay, we will increase the quality of candidates that want to work for an organization that is committed to providing for their employees above the status quo, therefore getting better productivity and services for the people we serve and protect.”

Compared to surrounding agencies, Franklin Police Officers start off at a base salary of $34,192 which is currently $3,157 less than the town of Highlands’ starting pay and $6,109 less than the Macon County Sheriff’s Office, the other two departments within the same county. Compared to Macon County, Highlands Police, Sylva Police, Jackson County Sheriff, Andrews Police, Waynesville Police, and the North Carolina Highway Patrol, the starting salary for an officer with the Franklin Police is the lowest. The beginning salaries for comparable positions amongst the various departments also show that Franklin is the lowest in the area with a Detective position being $2,119 less at Franklin than in Highlands and $6,566 less than the Macon County Sheriff’s Office. The starting salaries of every other position are also less at the Franklin Police Department, including the Chief Position. The starting Chief salary for Franklin is $58,478 for Franklin, $64,688 for Highlands, and $71,634 for Sylva Police Department. The maximum salary for Franklin’s Police Chief or Fire Chief is less than the minimum salary of the Franklin Town Manager position. Both Chief positions max out at $86,324 while the town manager position starts at $86,397.

In addition to falling behind in terms of starting pay for employees, Harrell noted that it is difficult to compete with surrounding agencies that provided a cost-of-living-adjustment for employees as a retention incentive, especially during unprecedented times of inflation and cost of living increases such as the cost of gas and groceries. The town of Franklin’s 2022-23 budget, which began on July 1, 2022, did not include a COLA for employees.

Chief Harrell asked the town council to implement an “aggressive recruitment mission” consisting of an approved Management and Council incentive bonus program or signing bonus program for all new applications. Chief Harrell asked that the pay be given to recruits upon successful completion of a 9-month probationary period. He also asked the council to launch an immediate salary study of surrounding agencies to determine an appropriate and competitive salary scale for the Franklin Police Department.

“While I cannot speak to all the needs of other Town departments, I can say with confidence, that my ask is necessary,” said Chief Harrell. “We are in desperate need of experienced police officers and officers in training to help shoulder the weight being carried by our remaining sworn staff who should be recognized and applauded, especially under such unprecedented times.”

Anyone who’s at least 20 years old and interested in a fulfilling career as a law enforcement officer can contact Daniel Reid at 828.306.7055 or d_reid@SouthwesternCC.edu. SCC can help connect you with area law enforcement agencies that sponsor your enrollment.

Both current and aspiring law enforcement professionals can also earn an associate degree in Criminal Justice through Southwestern. For more information on that program, contact Tony Johnson at 828.339.4210 or t_johnson@SouthwesternCC.edu.