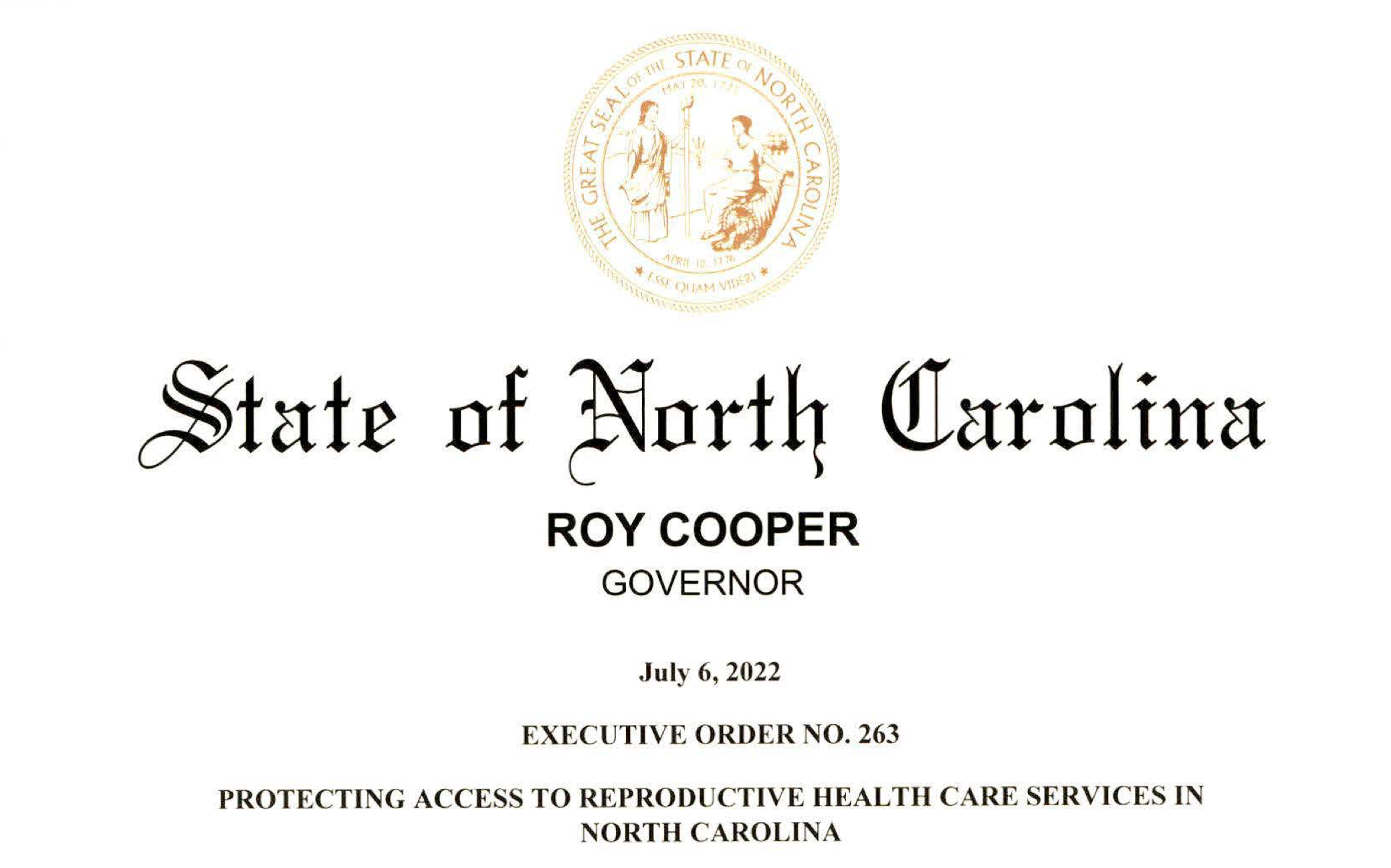 “The Supreme Court ripped away the constitutional right to reproductive freedom that women have relied on for five decades,” Governor Cooper said. “For now, it’s up to the states to determine whether women get reproductive health care, and in North Carolina they still can, thanks to my veto and enough legislative votes to sustain it. I am determined to keep it that way and people need to know that their votes in state legislative races this November will determine the fate of women’s health and freedom in our state.”

Executive Order 263 offers protections for North Carolina doctors and nurses as well as their patients. It directs Cabinet agencies to coordinate to protect reproductive health care services in North Carolina. As a result of this Order, Cabinet agencies cannot require a pregnant state employee to travel to a state where there are no protections for the health of the pregnant person.

The order also directs the Department of Public Safety (DPS) to work with law enforcement to ensure enforcement of a state law that prohibits anyone from blocking access to a health care facility. The Order provides protections against extradition for those seeking or providing reproductive health care services in North Carolina and prohibits Cabinet agencies from cooperating in investigations initiated by other states into anyone obtaining or providing reproductive health care that is legal North Carolina.

The executive order became effective immediately and will remain in effect until replaced, repealed, or rescinded by future Executive Order.